Wow, the year is disappearing so quickly, its June already. A good day today, one average dive, one awesome dive and I am going to catch up with some of the divers I met today for a drink tonight. Not too much as one more diving day tomorrow – and the last dives of the trip. On the way back from the dive today I was wondering how I could extend for one more day, but not possible, I should have come here sooner I think. If you are planning diving in SE Asia, you have to put the Perhentians on your list!

Not as good a sleep as the night before, but still woke at 7.00 and was feeling OK, I think once I get to the UK I will take a couple of days of doing nothing much – if I can, oh apart from getting some running in every day to drop a couple of KG’s before I have to join Mal in Cornwall on the 15th. Heck that is only two weeks away now !

Lessons were learnt from yesterday so did a bit of washing, caught up on FB and some email and then meandered down to breakfast for 8.30, and things were open. There is a lot of mess on the beach this morning, there was a big party last night – which I of course did not go to, so lots of cans and fag ends all over the place. At least an effort is made to clean it early and it will be spotless again soon I imagine.

The first dive of the day was another wreck – Vietnamese – named as the vessel was sunk during the war, it is a deeper dive so only advanced divers can do it, this meant a smaller group which was good. 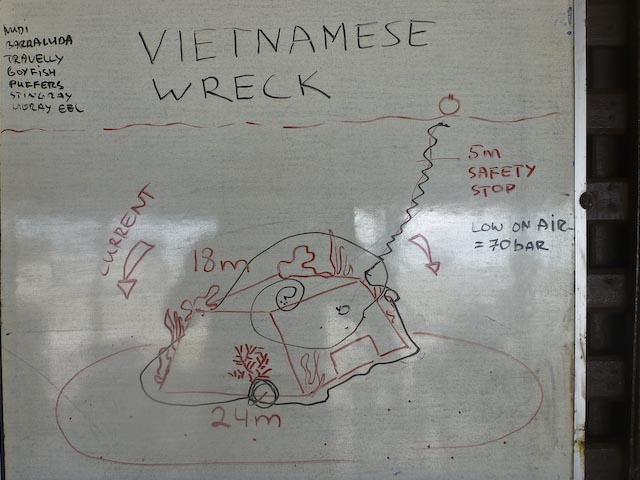 What was surprising was there was already four other dive boats when we got to the site ! 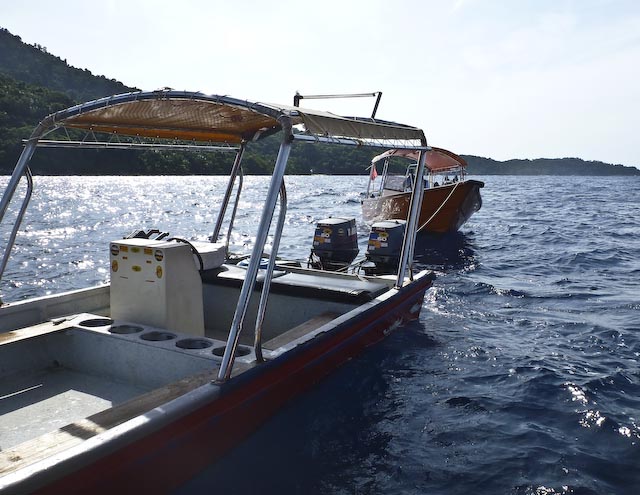 We were hoping for clear calm waters but the ride out was a bit choppy and we found from one of the divers who were surfacing when we arrived that there was a strong current and visibility was down to four or five metres at the wreck, bugger !

The descent to the top of the wreck at eighteen metres was awesome though, a warm warm, crystal clear sea. However it all turned to crap at eighteen, I was not wearing a wetsuit and the water was quite cold (not NZ cold of course – Malaysia cold !) and visibility was terrible. Could barely see the wreck even up close, seeing fish was next to impossible. We did do a very cool swim through, the entrance was tight and pitch black, and as I was last diver through there was a lot of sediment in the water, It was quite scary going in and then it is totally dark until you look up a bit to see the torch light, and then suddenly you are in the hull and you could easily stand up. Definitely the high point of that dive. After the swim through we ascended up the mooring line, did the safety stop in the stunning crystal blue and then jumped back into the boat. It was a bummer about the conditions, but at least my mask was good and I could see clearly – just not much to see !

I hung around the dive shop over lunch chatting to some of the other divers as we waited for the second dive of the day to Temple.

I had been told by Richard and Blathnaid, who I have kept in contact with since we met at Inle Lake in Myanmar, that Temple was AWESOME, one of their two favourite dives. So I was looking forward to this one.

The ride out in the full dive boat was “choppy”. 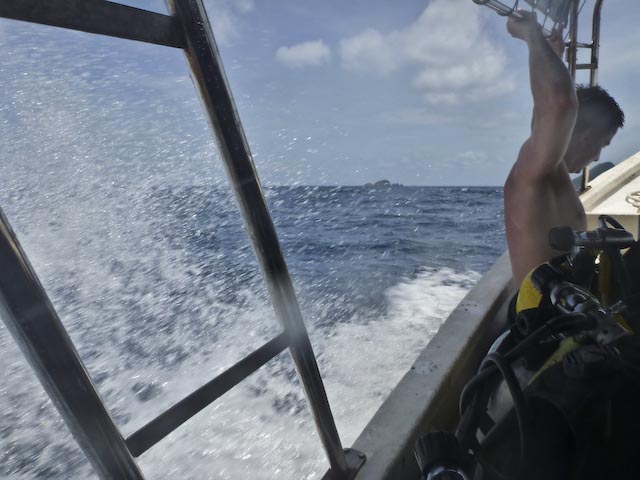 And the site had a small swell going but not too bad.

What can I say about Temple: my gear was good – I could see everything, the visibility down to about 14 metres was awesome, the water was warm, I saw bamboo sharks, eels, porcupine fish plus all the usual suspects. A fantastic site, and a great dive – I loved it, best dive for weeks – way better than anything at Koh Tao or Nha Trang. The only thing wrong with it, was it was too short ! The bamboo sharks are tiny and bottom dwell in small caves, in one tiny opening we saw a school of about five or six sharks, all under a metre long. We also got to swim in, through and with a huge school of trevaly and I got up close and personal with a nice sized snapper as well. Great dive !

The ride back was fun, bouncing around the swells, luckily no one on the boat had any dry gear as it would not have been that way by the time we got to shore. I booked myself in for two more dives tomorrow and the guys will get me to a site called T3 which R and B also highly recommended – as did everyone who has dived there. These will be last two dives for a while, though I have completed thirty since I left New Zealand, so will not complain a bit ! The day after I leave Perhentians and soon after that SE Asia.

After the dive, a shower, a lie down and some internet time I wandered over the hill to Coral Bay on the other side of the island for the sunset. The path to Coral Bay was a good snap shot of the negative side of island Malaysia, though of course there are some beautiful bits too !

Rubber trees in place of natives, 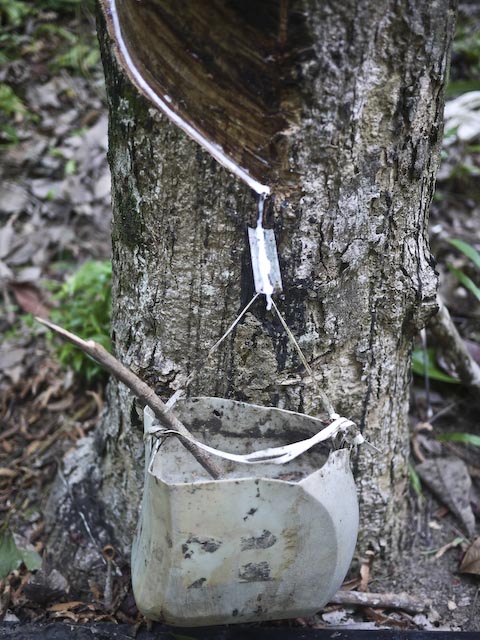 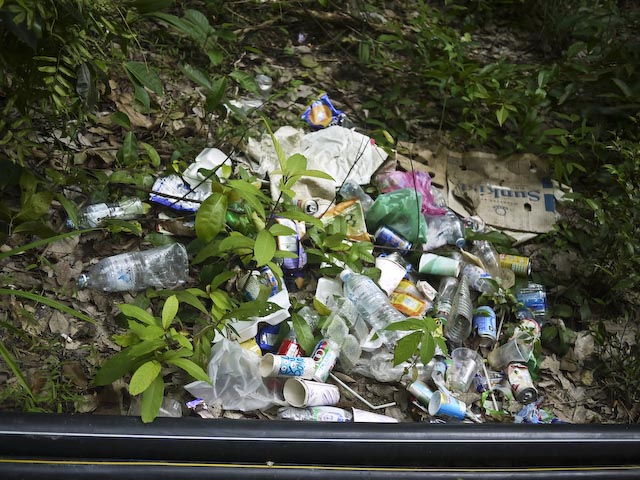 When I arrived I could see the storm clouds gathering so raced out to the jetty to grab a few shots before heading back to find the nearest cafe where I had dinner and waited out the downpour. 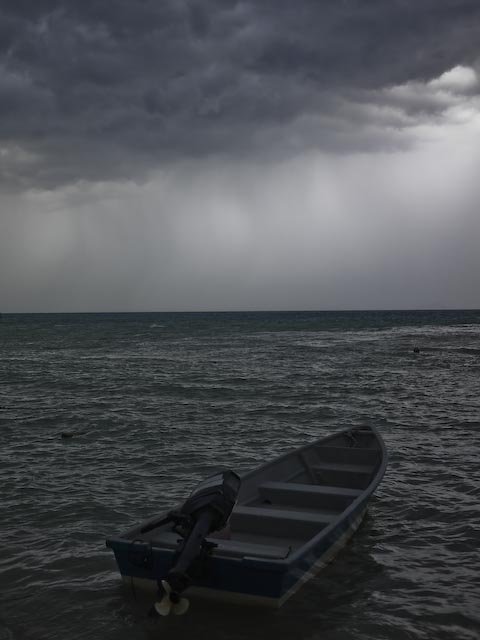 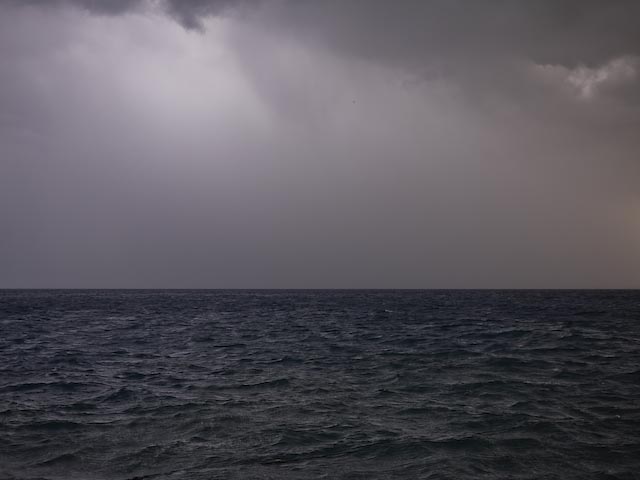 Luckily the rain finished and the sky cleared before the sunset so I headed back to the wharf to snap a few shots (quite a few in fact). 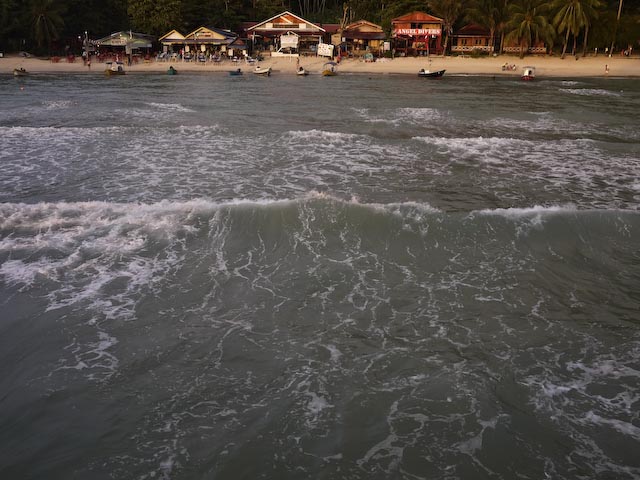 And then down to the beach for some final photos.

When it was too dark to take photos I headed back over to Long Beach and had a couple of beers with Jimmy who I was diving with today, and then hooked up with some English guys from the first day and had a few more. I wobbled back to my room at 12.30, a bit late considering I was diving the next day. The Tiger beer here is not as good on the head as other places…

A damn good day though ! diving, photography, companionship and beer !