This is part two of a three part post of images taken at an overnight photography tour to Orford Ness. I really enjoyed Orford Ness. It is my kind of place; flat, wind exposed, a bit bleak and ‘flat’ coloured, with the added bonus of visually and historically interesting buildings. The photo tour was very enjoyable, I learnt a bit and took more photos in the 24 hours I was there than in any 24 period before.

I particularly enjoyed taking photos of some of the detail inside the buildings, rusty and faded light fittings, old electrical boxes and cables. Not the sort of things I normally take photos of, I am a wide angle lens big sky kind of guy, so this was a new challenge for me.

I was looking for lines and angles, rust and little bits of detail in the decay. There was not a lot to see as most of the buildings have been stripped of saleable material, you can see this in the cut off cables in some of the rooms. It would make for a good movie location. Taking an organised photo tour of the ‘Ness allowed us to access some of the buildings that a day visitor is restricted from entering, or even getting near to.

One of the first rooms we entered had these wonderful switches on the wall, I have no idea what they controlled, the cryptic labelling made them even more interesting. 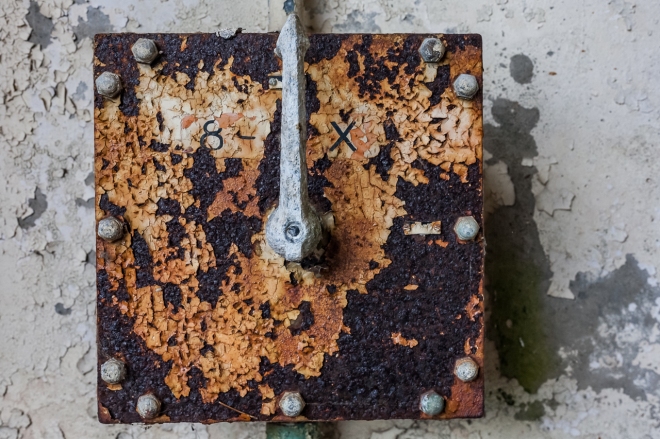 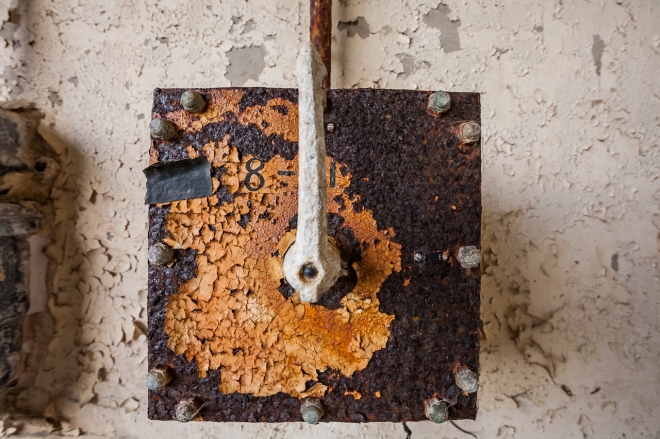 This rusting out radiator was one of favourite things in the whole ‘Ness and was on the wall below the switches. 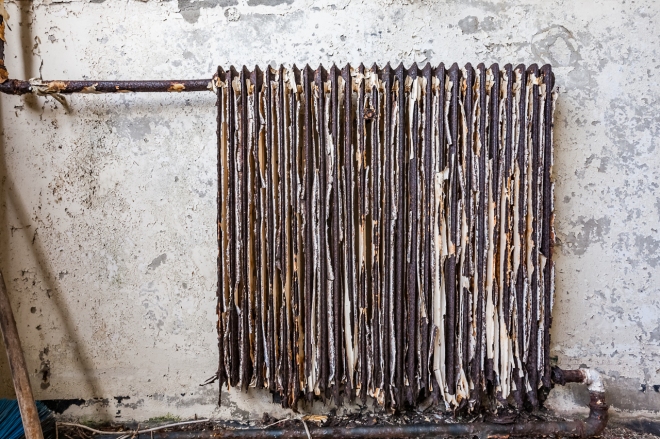 As we walked around the various buildings I was looking for straight and clean lines to contrast against the rusty old switches and cables. 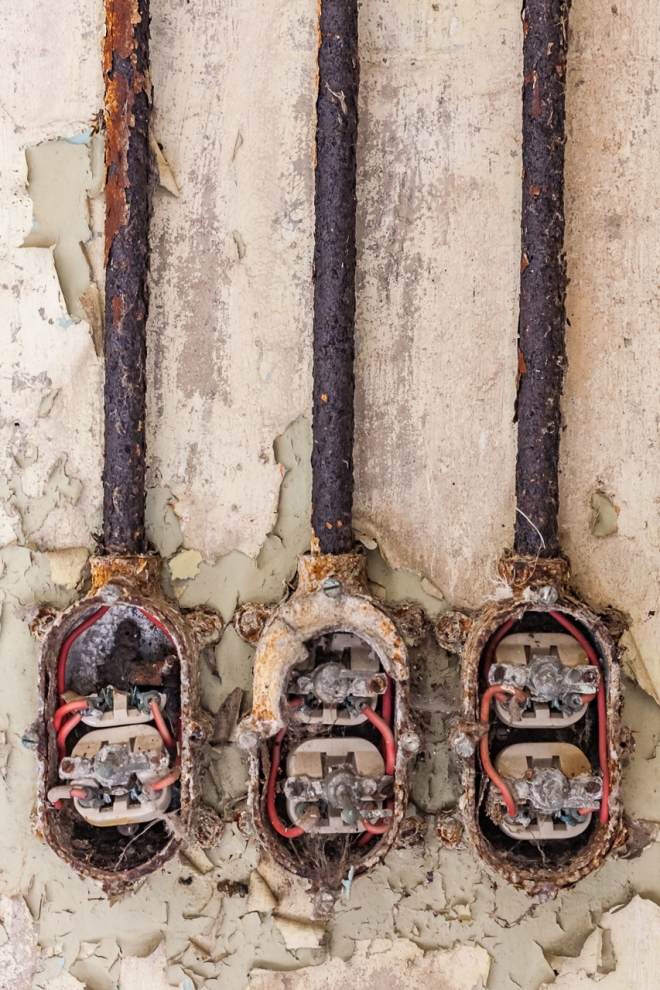 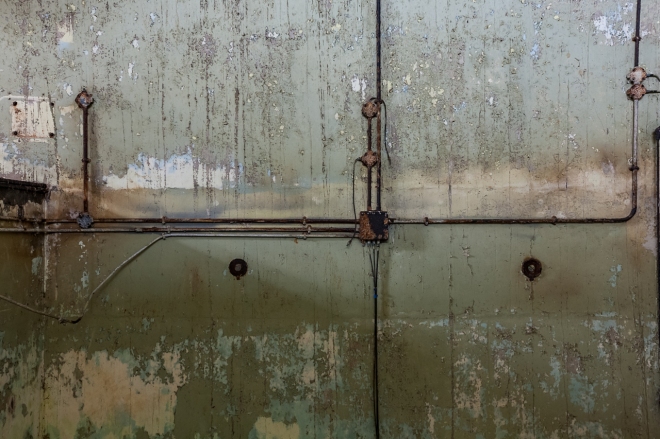 The switches themselves were interesting too. What did they do? 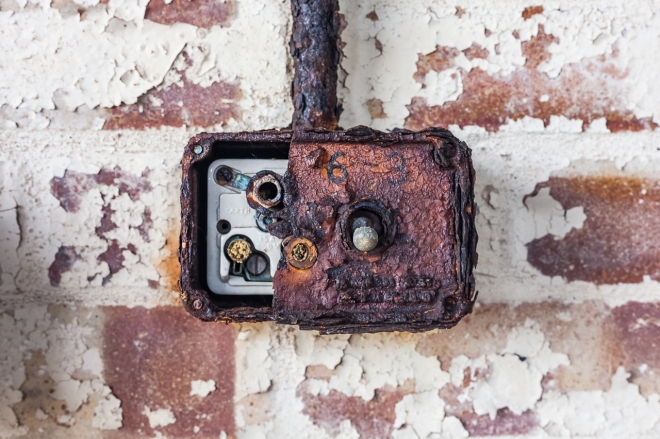 Most of the cabinetry had been removed, though there were the odd one left here and there. I like the birds nest in this one. 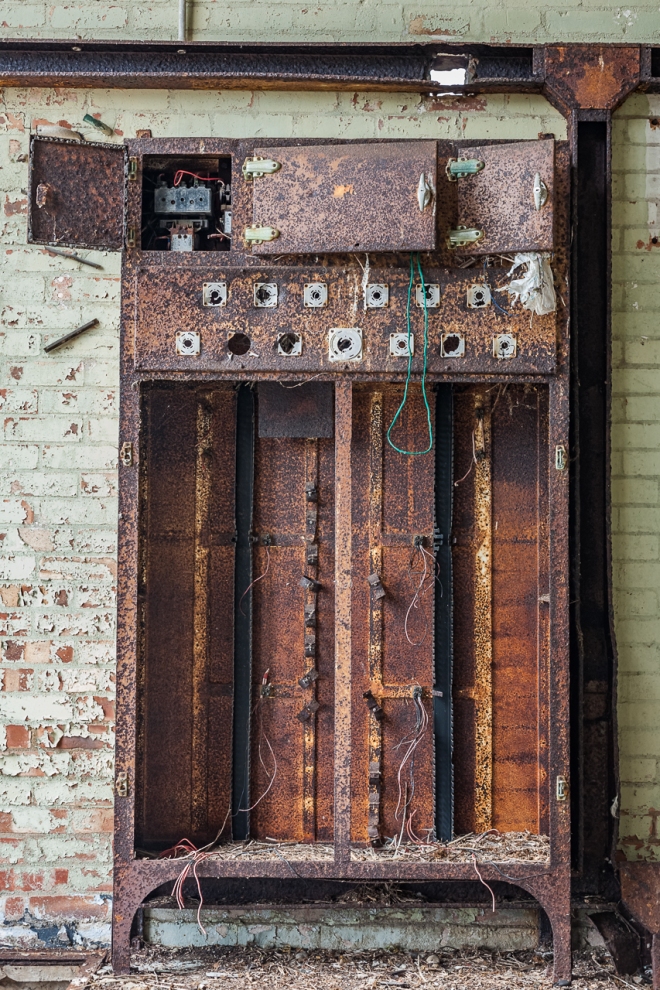 The last building we visited was the old Navy, Army, Air Force Institute ‘NAAFI’ building. It is being turned into a museum, and is not yet open to the public, but it did have one of the old high speed cameras they used to record explosions and other experiments. 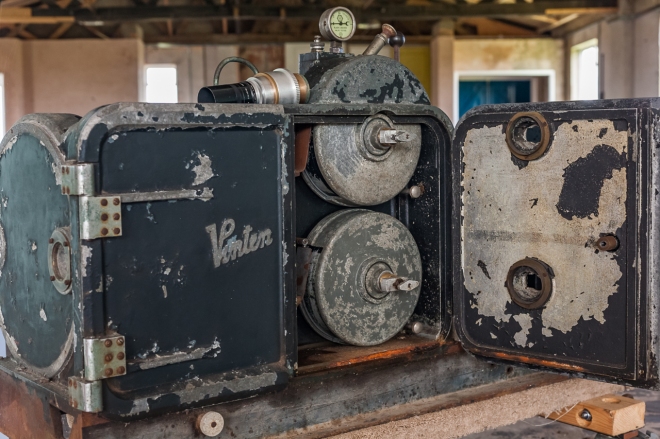 I will finish this post with another one of the lovely of radiators. 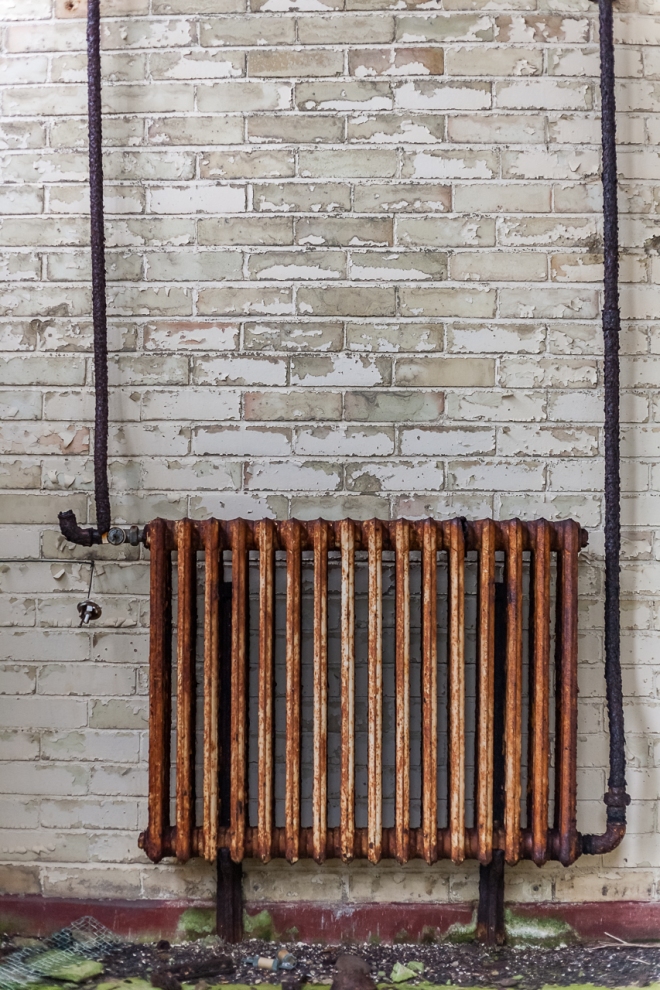 There will be one last set of images after this one. Things taken through windows and doors. 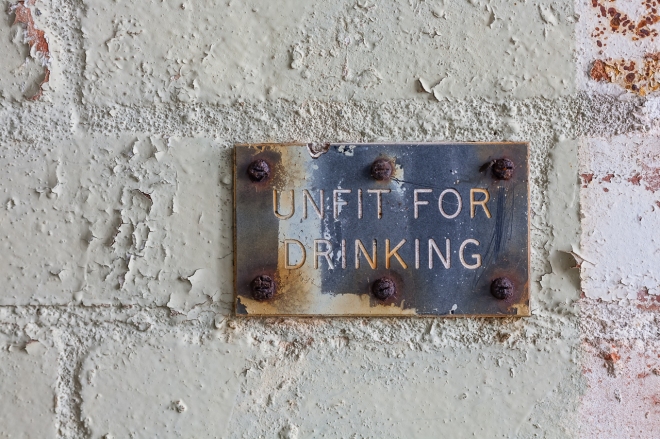