I am using another laptop this week and thought the last blog post I was writing in MS Word had been saved to Dropbox but it hadn’t, so missing a post, for now anyway. Not that it was particularly exciting of course, but for the sake of my records I will post it later.

Another highlight of my birthday week; heading to Brighton to see (and hopefully photograph) my current favourite band, New Yorkers (by way of Auckland for the bass player) A place to bury strangers.

It seems that going anywhere in the southern part of the UK by public transport means a trip through one of the main transport hubs in London, and the ride from Brentwood to Brighton was no exception. The bus I was taking left Brentwood at 9:45 and went all the way into central London to Victoria bus station before heading back out again to the coast – not that I was in any particular rush, just needing to be there before the gig tonight.

The journey was OK, a wee bit tedious, though it is always good to see a bit more of the English countryside. The bus got us to Brighton on time in the early afternoon. It was sunny but with a very strong wind – which was naturally a head wind for the longer than anticipated walk along the water front to my hotel for the night – the Brunswick Square Hotel, which funnily enough was on Brunswick Square.

I decided to mooch for a while and leave the hotel a couple of hours before the doors opened and do my waterfront sightseeing on the way. I am conscious that I have a massive run in four days time and I need to be doing some decent resting rather than hours of sightseeing. Naturally while I rested the weather turned to crap 🙂

The cloudy and windy skies made for quite a good walk along the front, at least I got some decent photos – I was getting sick of all those clear blue skies in Spain ! As I was going to a gig I decided to take the big Canon rather than the little Panasonic GF1 I have been using. I am so glad I did, I love that Canon and I think it loves me back, I was pretty happy with the images I got this afternoon, though it is a lot more to lug around than the GF1!

The hotel is probably a mile up the road from Brighton Pier and it is a pretty good walk from a photographic perspective, I should probably have taken a bit more time than I did, but I wanted to eat before the show and with doors opening at 7:30 I couldn’t muck around too much. 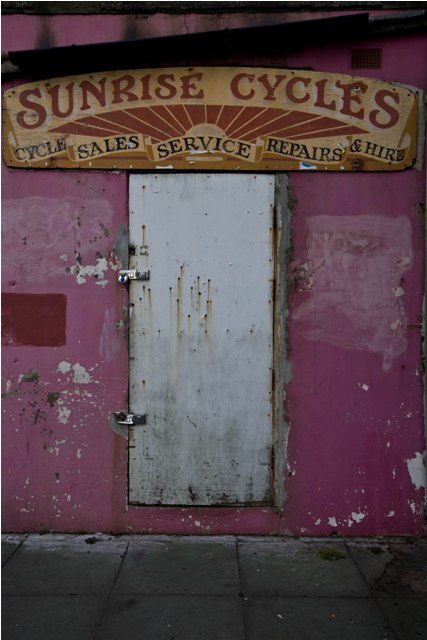 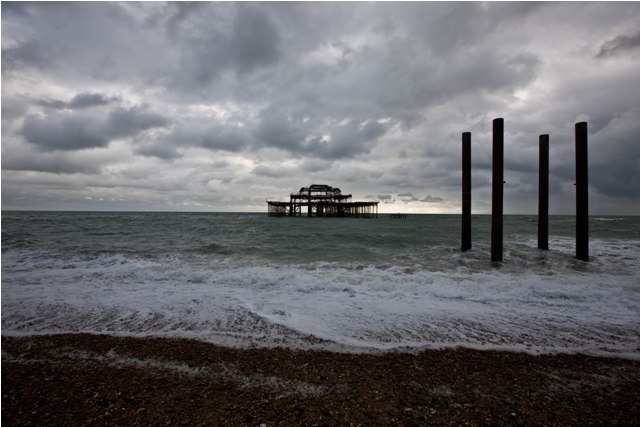 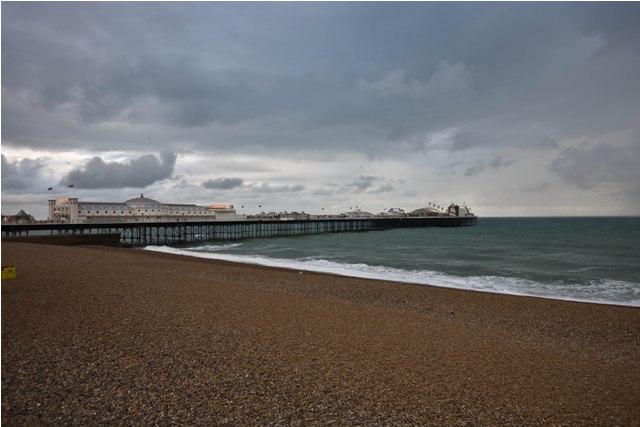 The Pier is an interesting beast, so typically English, I don’t think there is any other country in the world who could do this as well, I arrived too late to see any fun fairaction but I did like the almost closed feel to it as well. 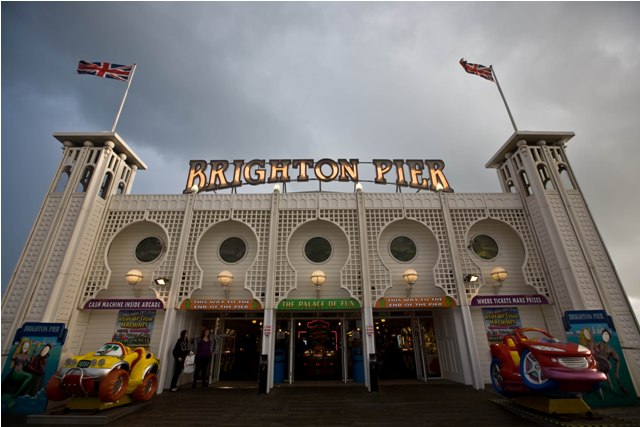 Helter Skelter – I am not sure if I have ever seen one of these in New Zealand!

And a double rainbow !

I had pizza and a couple of reds at a local Italian restaurant before heading up to Komedia Brighton to see what was happening at the A place to bury strangers (APTBS) gig. I wanted to see if there was a support act – there was a band called Sealings, what time the bands came on – and most importantly, if I could take my camera in- I could – Yes !

I went to a local bar and had a drink before heading back to the venue for 8:00 just before Sealings came on. The venue is pretty cool, small, low ceiling, good size bar and good view of the low stage, it would be a favourite if I lived here. Sealings were pretty good, a young trio – made a lot of noise, which is always good. The lighting was very dim with most of it being back lit, a nightmare to photo and not having shot a band for a while it took a bit of experimentation to get back into the groove, though I was happyish with the results. 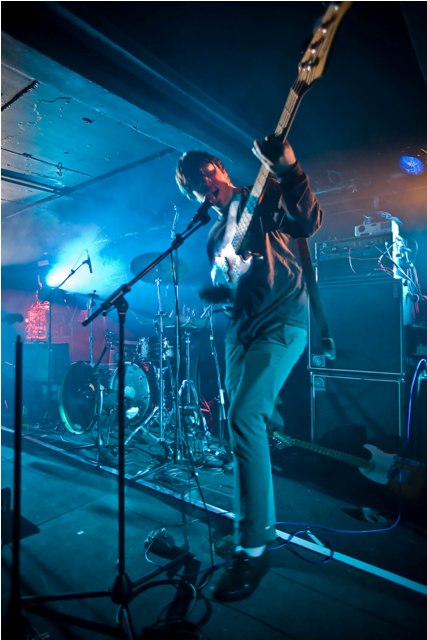 APTBS came on about 9:30 – I love noise restrictions ! they played for an hour or so and were pretty loud, though not as bad as I expected. They were also fabulously awesome, playing most of my favourites, with a good chunk from Exploding Head, definitely my favourite album, with a searing version of “I lived my life to stand in the shadow of your heart” which is such an awesome track. The whole show was lit from the back and side of the stage and mostly by strobes, it was a brutal to shoot, a lot of the shots I did get were shooting bursts and hoping to get exposure and timing to coincide. I was also shooting wide open and at max ISO so it was never going to be pretty, especially as Dion (bass ) and Oliver (guitar) barely stood still for half a second the whole show.

It was a good night 🙂