Mystical and mysterious Borneo, a place I have longed to visit, primarily to see the orang-utans, which I am utterly fascinated with, but also as it is such a ‘new’ place. I have memories of reading stories about head hunters and lost tribes being discovered well into my childhood.

Kuching is nothing like that though ! It is the capital city of the Malaysian state of Sarawak and has a population of about half a million, predominantly a mix of Chinese and Malay. I am staying in a large apartment owned by a NZ friend Alex who is originally from Kuching. The apartment is on the eight floor of an eighteen storey building in a block of four buildings about fifteen minutes drive from the city centre.

Andy, one of my recruitment colleagues from the Hudson days has a sister, Claire, who lives in Kuching with her family. I am playing santa and have brought some gifts over from Andy for her kids.  To prove how utterly weird and small the world is, Claire lives on the fifteenth floor of the same apartment block !!

I was awake early again and watched the sunrise out the window of my room, it was going to be a sunny first day in Borneo, apparently it has rained for days. After a healthy breakfast of fruit and yoghurt Alex and I set off for a tour of Kuching’s old town.  Rather than taking the longer road into town we drove down to the Sarawak river and caught a small ferry boat over to the town, I failed to get a decent photo of this ! But took this one from afar later in the day.

As in Singapore the old town is split into small districts, we visited the Indian side of town first, with a good array of Indian dress and foods on display, unlike Singapore a lot of the food was not covered and there were a few flies around, hmmm. We walked through Chinatown and visited a couple of temples, stopping for a refreshing lime drink on the way through. The day was warm and humid and the chance to sit and drink an iced lime juice was most welcome. 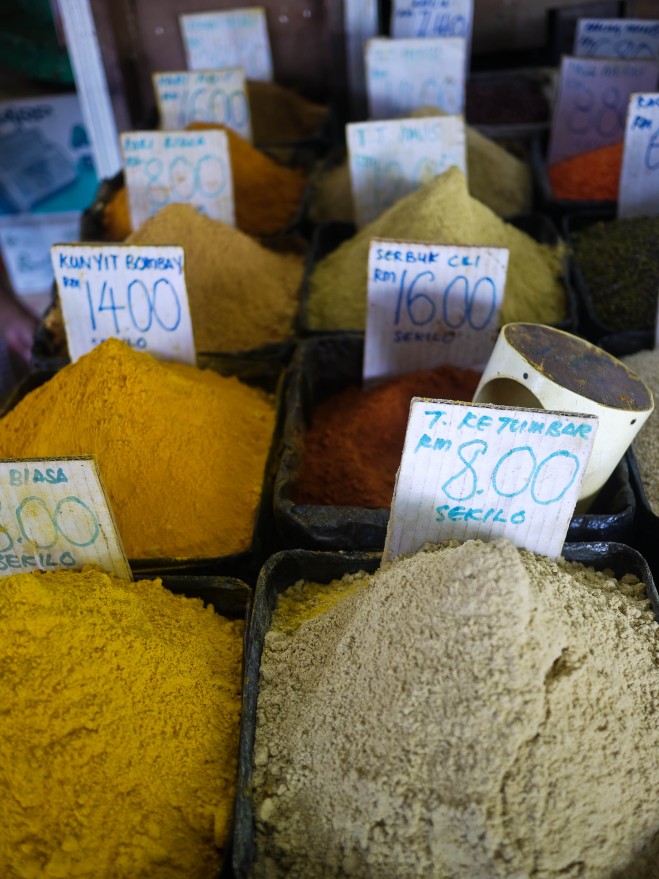 The entrance into Chinatown was guarded by dragon statues.

Hiang Thian Siang Ti temple. Originally built in 1889, and renovated in 1968. There are a number of temples in the china town are and I am fascinated by them all.

The old town from a neighbouring 8 storey carpark. The large building (monstrosity) on the far side of the river, is the new Sarawak state headquarters. We caught the boat from a jetty nearby.

A friend of Alex picked us in Chinatown and we went out to Foody Goody, a suburban Malay Laksa restaurant for lunch. I had the Sarawak laksa (chicken, prawns, vermicelli noodles) yum ! Alex’s friend had a kueh chap  which is basically boiled egg, pork and pig entrails with flat noodles, yuck ! The waiting staff were mainly lady boys, which was  worrying as I could not tell  which was which in some cases ! Next to Foody Goody was Sweet Babies, which also sounded like a food shop from the old days 🙂 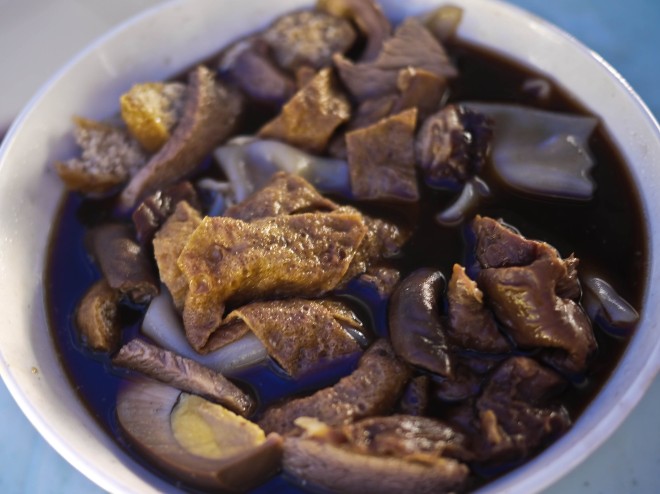 After lunch Alex and I walked around the final sections of old Kuching and then went back to the apartment for a swim.

New years eve was spent with Alex’s parents and one of his brothers at their favourite Chinese restaurant. The food was very nice, we had a banquet style meal with multiple courses, green beans, with a minced chicken dressing, followed by steamed fish, chicken, tofu and finally a very nice prawn dish,  all washed down with chrysanthemum tea.  I could barely waddle when we left the restaurant, very full.

This “manucurist” was close by the restaurant we went to for dinner. Such a cool name 🙂 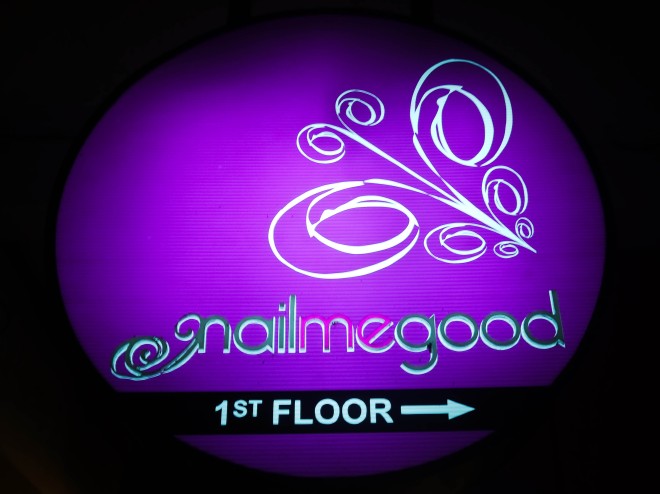 I went to bed pretty early again, missed seeing in 2012 !

A belated Happy New year to all – 2012, hopefully will be a good year for all – and not the end of the world !

I am having a photographic crisis of confidence at the moment ! Not sure why. I am not getting the photos I want, some are badly exposed and some are  out of focus (even when on auto focus !!) I am not sure what I am doing wrong and am getting disappointed ! more practise I guess, but I am missing my 5d !