Last night was another night in and early to bed, some noisy neighbours in the night and the aircon was making a noise like a freight train but somehow I managed some sleep. I think I am making progress in resolving my must have dark and quiet to sleep issue.

Even though I did the same amount of walking on day two as I did on day one I didn’t feel nearly so wrecked after a day in trail running shoes, I am wondering if I will get used to walking in sandals soon as it will be a tough holiday otherwise.

It is my last day in Singapore and I need to be at the airport for 4:15 this afternoon,  so a short day and the first sunny day of my time in Singapore. Up at 6.00 and a sunrise ! (shot through my window)

Breakfast today was baked potatoes and baked beans, they have not quite got baked beans to the normal hotel standard, nice an congealed – just how I like them, so it was a bit disappointing 🙂

Leaving my bags behind, I checked out of the hotel before leaving for the day and got the train out to Tenah Mirah for a visit to the Changi Prison Museum. The train was above ground for a good portion of the  trip so I got to see a lot more of suburban Singapore,  lots and lots of low rise towers, but it all seemed clean and tidy. Even out in the burbs they have full length bariers at the train station.

At Tenah Mirah, I,  along with some English tourists, failed to read the directions to the bus properly and had a wee moment of confusion before being helped out by one of the women waiting at the bus stop, I guess we were not the first tourists to miss-read the sign !

I was a bit disappointed at the museum, unfairly I guess, it was small and interesting, but no photos were allowed and it was only near the original site, so everything was a re-creation. Changi is/was Singapores main prison, during WWII thousands of allied troops and Singaporean civilians were housed there by the Japanese. The museum commemorates this and a number of atrocities carried out during the war. The prison itself has been expanded and built on many times since the war but the original gates are still standing, however you only see them via sideways look through the main prison entrance with the front view hidden behind a massive green fence. I was disappointed to say the least.  At Changi I made photographers blunder number two and left the camera on manual focus and didn’t notice till later in the day.

Changi museum and a replica of one of the war time chapels. 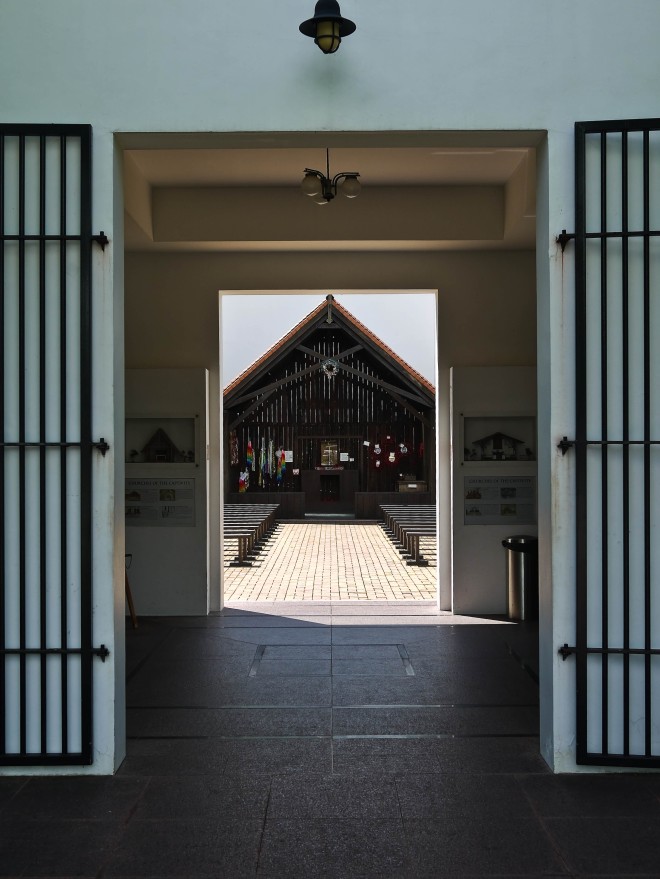 I wandered up to a local Caltex and bought a ham and cheese sandwich for lunch, my first bread for 3 days – YUM, then caught the bus back to Tenah Mirah and the train to Orchard Rd. Orchard Rd is the premium shopping street in Singapore and as you would expect was packed with tourists ! it is not my place at all.

Emerald Hill Rd, is a side street of Orchard Rd and  less than a hundred metres up the hill are some wonderful old cottages, some have been converted into cafe/bars but most still appear to be residences. I could have spent some serious time here, but was pushing the time I had available to get to the airport. I was surprised (or not), that given the number of people on Orchard Rd, it was deserted up here. 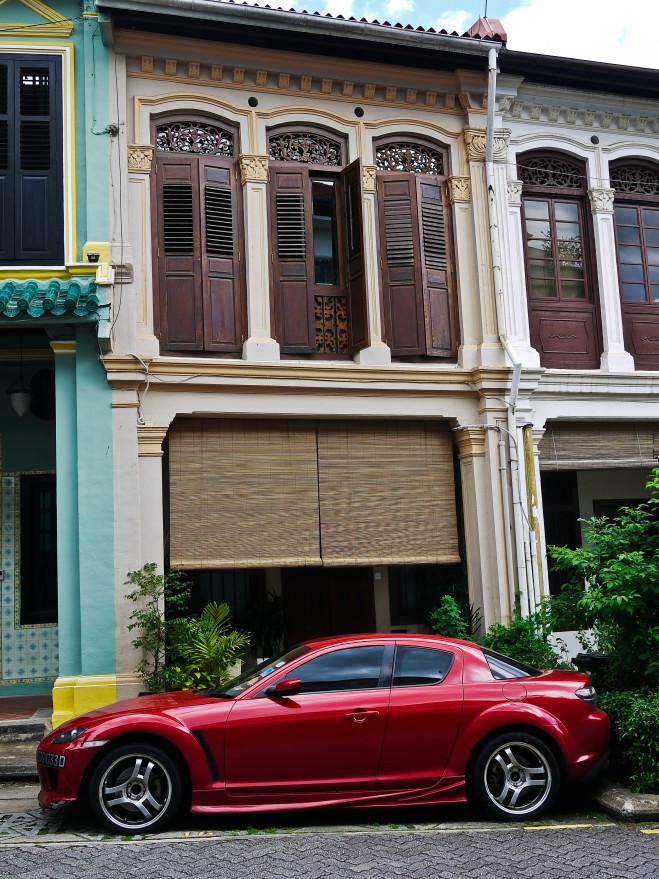 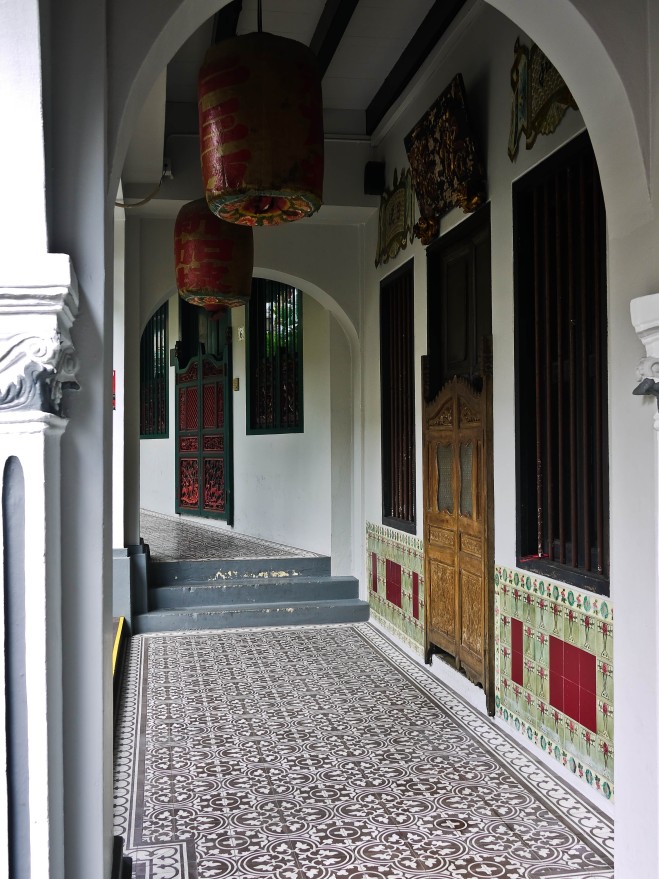 I caught the tube from here back to the hotel and learnt a lesson in travelling outside of (relatively) polite NZ, I let other people squeeze onto the train first and then could not get on myself as it was jammed. For the next train I was first in and stuff everybody else ! All for one and all for one !

I was then off to Changi  airport, leaving behind Singapore and its air-conditioned shopping mall sanctuaries on every second street corner and head for the new hot and humid world of Borneo.

Changi is a biiiiiiig airport…

The Air Asia flight from Singapore to Kuching is about an hour and a half, jammed into a full  A330 I could barely move my legs. We left Singapore slightly late, with a cloudless sky and with a setting sun behind us.

We arrived in the dark at Kuching with a thunderstorm lightening up the sky, just how I love to fly ! Kuching is the main city of Sarawak in Malaysian Borneo and is in the same time zone as Singapore. Alex picked me up from the airport and we went back to his apartment in the Petra Jaya area of Kuching.  Shower and sleep.

I liked Singapore, certainly felt like a place I could live, but I only saw the glossy tourist side of the place I guess.

Travellers mistake for day 3, I left my power plug adapter thingy in the hotel wall, and I “borrowed” that from my shipping company employer as well ! Next time I leave somewhere I will double check the room.