This is a tricky one, not sure how to start this or even if it will be finished, though I am guessing if it has been posted then finish it I did.

I have been thinking about death a bit this year. My friend Kevin getting ill last year and being a few years younger than me opened this door, and subsequent events never allowed it to fully close.

Visiting the spot where we scattered dad’s ashes in 2007 with Mum, El and my sister when we were in New Zealand in January naturally makes me remember Dad. Fond memories; he was a good and gentle man and a great father and granddad to my children. If I had turned out to be more like him, I would probably be a better person. I am lucky that I have fond memories of him, not everyone is so lucky.

As I noted four of five posts ago, when we were in New Zealand I was reading about eligibility for Superannuation, the NZ version of state pension and was horrified to find that I may no longer qualify for it unless I go back to live there for five year between now and 65. 65 is not far away, retirement is for old people, old people eventually die. There always seems to be too much to do, and now there is less time, and who really knows how much there is. It made me think of wasted time, unfinished things and unvisited friends; then money and all that tiresome stuff I shouldn’t dwell on.

Mark Hollis, a musician, and the singer and song writer of the band Talk Talk, passed away on Monday 25th Feb. I was a little shocked, he was only 62, not much more than five years older than me. 62 used to be so old. Now, as I close in on 60, 62 seems so young. I was not a massive fan of Talk Talk when they first arrived deep in my punk/post-punk phase in 1982, I discarded their pretentious poppiness as a far too clever Duran Duran. Ten years ago I rediscovered them and the final two of their five LPs. The two LPs are considered post-rock masterpieces, the genesis of the genre, and the genre that has dominated my listening for those ten years. Tracks from 1988’s ‘Spirit of Eden’ and their last LP, 1991’s ‘Laughing Stock’ are always on an active playlist, and I have been listening to them almost exclusively since Mark passed away. They are broody and dark, vocally almost indecipherable; but the music is wonderful and complex and in its way, uplifting. It started me brooding on life’s shortness again.

On Monday it was announced that Keith Flynn, the singer from the band The Prodigy, had died. I was never a fan of the band, but was familiar with them. As it was announced on the TV news they showed a clip from one of their hits, ‘Firestarter’, a song I actually liked. I could see the clip was filmed in the tunnels under Euston Station, a place I had the pleasure of photographing last weekend. It was going to be next blog post. Seeing the video connected me to Keith, via the location, and on to thinking about people dying too young again. He was 49.

This finally brings me to Kev

I met Kevin in Da Nang, Vietnam on the 4th April 2012. Kevin and I were both there, along with a small group of Kiwis and Aussies, for the wedding of our mutual friend Dan. Kevin was there with his partner Phil and was a seasoned traveller, way more comfortable with life somewhere alien than me; and I had been on the road for three months. Kevin is a big personality, very much a life three quarters full guy, genuinely fun, nice, open and friendly. A few years younger than me he is a Kiwi, but has been living in London for a long time. After the wedding, as we went our separate ways, Kevin and I agreed to catch up when I got to the UK. Me on the left, looking leaner and browner than I am now, and Kevin on the far right, with Leonie who joined me on my Africa adventures later that year.

I was fortunate to arrive in London just before Kevin and Phil went away for a few weeks over Christmas and into 2013. I was offered Phil’s flat in She Bu (Shepherds Bush) as a place to stay while they were gone, an offer I took up. It was while I was staying at Phil’s that I met El. I absolutely believe that without that opportunity we never would have met, life would be totally different, and not in a good way.

Not long after Kevin and Phil returned to the UK, I disappeared for a few weeks travelling. Backpacking in wonderful Sri Lanka, boat diving off the coast of Malaysia and visiting my family in New Zealand. I arrived back in the UK in late May 2013, with no job and no home. While I was looking for a job and while El and my relationship slowly bloomed I stayed in Kevin’s spare room in, as he called it, ‘Fairy Towers’; a twenty floor council tower in London Bridge. I ended up staying there for a year.

I loved my time in Fairy Towers. Kevin was rarely there, spending a lot of time with Phil so I pretty much had a central London flat all to myself. It was such a cool place to live. I took a lot of photos from the balcony. 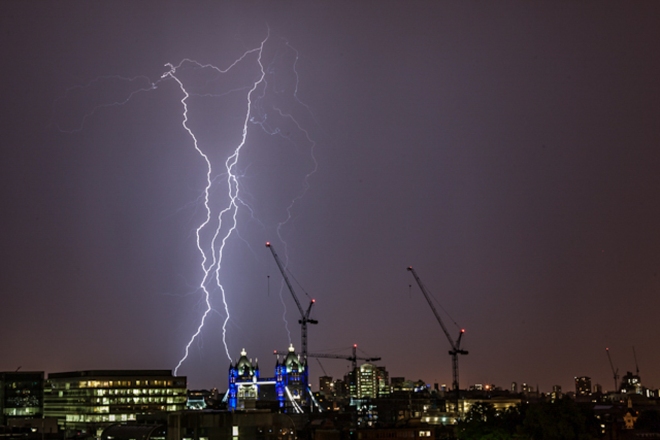 When Kevin was staying, often after a row with Phil, we spent a lot of time walking (and talking) around the south side of the Thames;  to Greenwich, the Elephant, along the river,. All over central south London. They were great walks and talks, discussing love and leisure, travel and home. Family a lot. I eventually left in 2014 when I moved to El’s house in Walthamstow, where I am now.

Tragically Phil passed away in mid 2015, from a heart related illness. It was very sudden, I hadn’t seen Phil in quite a while, though had kept in frequent contact with Kevin, continuing walks and cheap meals in a favourite mixed Asian cafe on the fringes of Soho and Chinatown. Our catch-ups became less regular after Phil passed, though picked up again for a while after Kevin met Adrian later that year.

I received a very excited call in summer 2018 and Kevin told me that he and Adrian were going to get married this year, and they had some big plans for travelling in the interim. It was great news and I was glad Kevin had a new partner and opportunities to continue doing what he loved so much.

I received another call in early autumn and had lunch with Kevin in Brixton. He told me had been feeling unwell and had finally gotten round to going to the doctor,  to discover he had stage 4 stomach and oesophagus cancer. It was terrible news, though in his normal highly optimistic way it was all going to be fine; bit of chemo, maybe some surgery after and all will be well. Sadly that was not to be the case.

Kevin and Adrian moved the wedding to December, I hadn’t seen Kevin in a couple of months and was frankly shocked at how frail he looked, he had lost a lot of weight as he had not been able to eat. It was  great to see him, and see how happy he was, knowing he was being well looked after by his mum and his sister’s family and Adrian. Kevin and Adrian entered the ceremony to the sound of a waiata, a Maori song which was utterly beautiful and made me cry. It was a wonderful occasion, made more poignant with Kevin’s illness and prognosis.

I met Kevin travelling, and travelling is where Kevin was truly happy, he has seen far more of the world than I. He developed a number of friendships in his travels. Kevin managed to get a final trip in this year, visiting his beloved India, Australia and NZ. He arrived back in London on 22nd February, was admitted into hospital and passed away with his family a week later.

I had been meaning to visit him in hospital that week, but like so many things, I didn’t get around to it.

2 thoughts on “For Kevin. Rest in Peace my friend.”