Up early again. On a Saturday. Again. This is becoming an unhealthy habit! El and I are off to Exeter to visit Charlie’s flat and drop a load of stuff off that he could not take down on the train. We were in the car and off by 7:30, stopping for breakfast and a coffee on the way. It was a good run down to Exeter and we were there by 12:00.

Charlie lives in a big old house; there are seven students in it, in a street full of big old houses full of students. We were lucky to be able to park the car pretty close to his front door and after unloading we were off to the student bar in the university campus to watch football and eat lunch. Not bad, nice food and cheap beer, but I was driving. 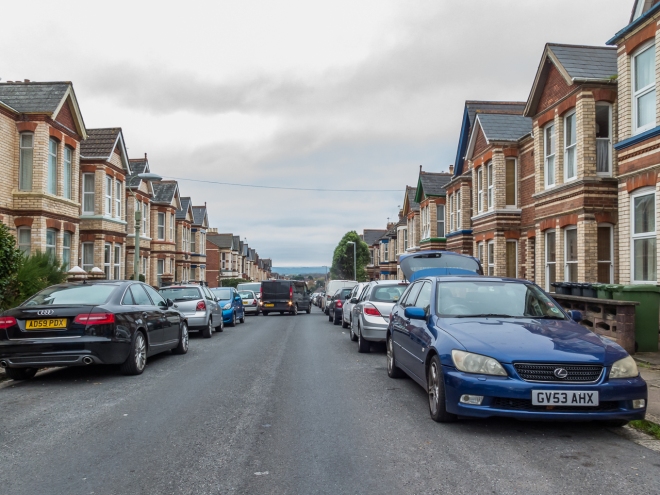 Once the game was over (a Tottenham loss to Man Utd.) El and I headed out of town to the very nice B and B I had booked for the night. We dropped the bags and carried on down to the coast. We passed through Budleigh Salterton on our July south coast road trip and liked the place enough to want to come back for a longer visit. I tried to find somewhere to stay the night there, but there wasn’t anything available, so we are staying in Clyst St Mary on the edge of Exeter. I parked on the sea front and we wrapped up and went for a walk; it is cold.

The light was marvellous as we walked along the side of the pebbly beach and up to the cliff top viewing area to admire the views.

The sea front at Budleigh Salterton is nice, we both liked it. However; when we walked into the small village to find somewhere to have a meal, it seemed to be all shut. Hmm, there were a couple of places open; but as a place to move to, well we need more choices for food. We jumped back in the car and headed to a pub near the B and B and had what turned out to be a pretty good carvery for tea. I haven’t done a carvery pub meal for ages. I enjoyed it.

We were back at the B and B really early, not long after 7:30. It was dark and cold and we were tired, so heading in to town was not really an option. As we arrived a great fireworks display started at, I am guessing, the local school. Even better was we could watch it from our room, which was very sound proofed ! 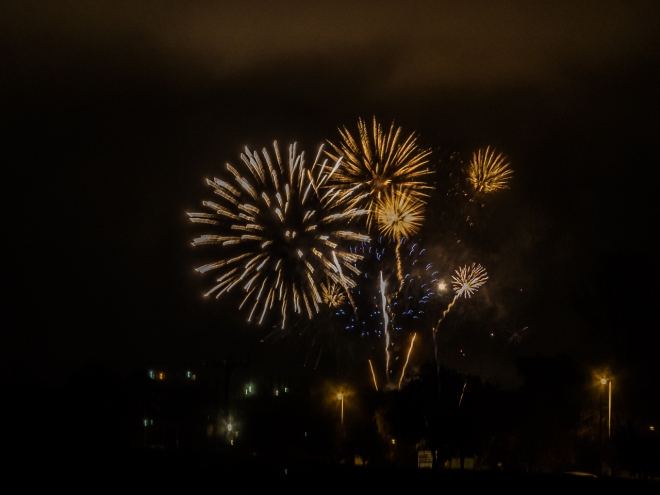 It was another glorious day on Sunday, we had a bit of a lie in with breakfast booked for 8:30. Full English, yum. We were not picking Charlie up until 1:30 so decided to take advantage of the sun and go to the other side of the River Exe and visit Dawlish. I have passed through Dawlish numerous times on the train but have never stopped there. This section of the railway was design by Brunel and runs right along the coast, across causeways and through tunnels, a wonderful piece of engineering. I have always wanted to visit, though parking the car was more expensive than London and made me a little grumpy 🙂 We parked at the station.

We walked along the sea front to the very nice Cove Cafe at the end. We briefly enjoyed sitting in the sun drinking the best coffee in days along with a piece of un-needed, but very much desired and enjoyed sweet cannoli each. It was a shame that the family with the loudest voices in the south of England were sitting right next to us.

I was hoping to be able to walk further along the train line, though had to settle for just looking and marvelling at the engineering feat that Brunel managed on this rugged coast line.

There was even a bit of street art nearby. I am liking Dawlish! 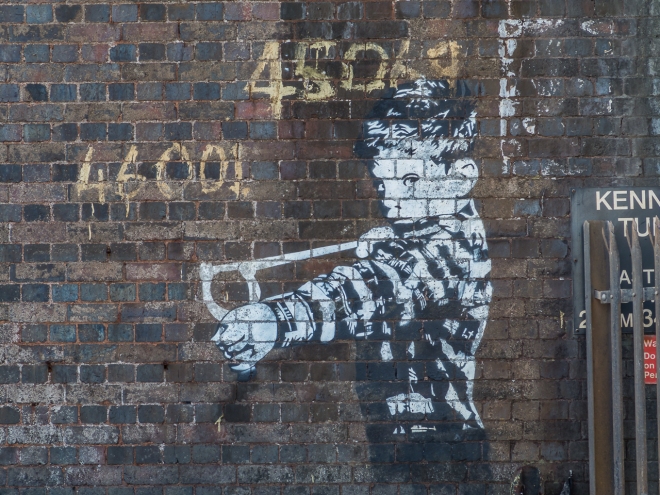 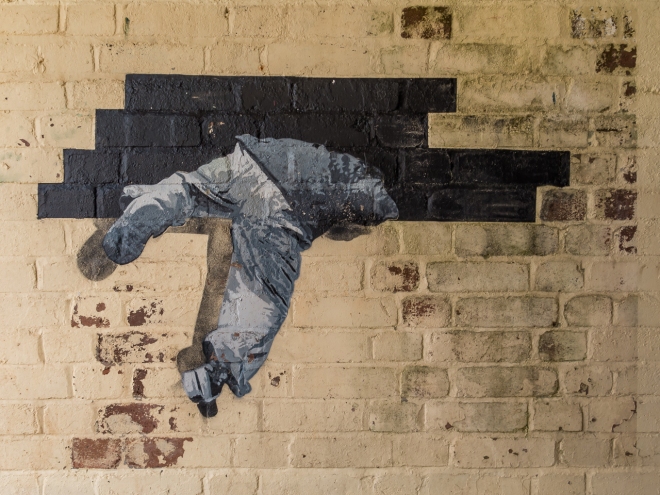 It is a lovely town, it has everything in my book, apart from being too far from anywhere, and rather ‘elderly’. It is clean and tidy, not too ‘seaside shabby’, has some marvellous views, and a seawall that would make for some excellent photographic opportunities in stormy weather.

The weekend was slightly ruined for me by the seven hour drive back to London. It was the last day of the mid-term school break and the traffic was mad, so many accidents, so much traffic. We went back to London via Oxford to avoid the snarl ups on the M4. It was tiring and horrible.

But the weekend made it pretty worth while.