The second in a two part series of recent London street art, this time from Camden.

Last week I saw a tweet from Inspiring City, one of my favourite London street art bloggers, advising that the Hawley Market in Camden had just been closed down, at very short final notice to the stall holders. I guess they knew it was coming as the site had long been marked down as the location for a new school along with the inevitable flats that I am sure no-one from the area will be able to afford.

Over the past few months the permanent market stalls had been painted over by a  variety of both local and overseas artists, with some really nice work being completed, so it was a bit of a shock and a shame to see them all going.  As I mentioned in yesterdays post there are now large tracts of London slowly being bulldozed into oblivion for the sake of ‘progress’. Progress for whom I am not sure.

El and I wanted to go for a walk before a two year anniversary lunch in Islington, and decided to go to Kings Cross on the tube and walk to Islington via a big detour to Camden – almost in the opposite direction.  We walked along the side of Regents Canal, I haven’t been along here for quite a while, but the whole canal system has to be a long and skinny favourite part of London. Even this section just behind Kings Cross station in central London looks like it could be located in a small rural town, apart from the BT Tower sneaking it’s way into the horizon. 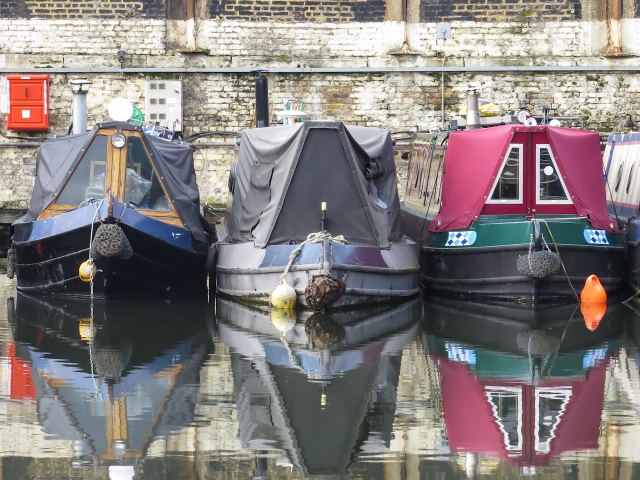 The Hawley Market runs along the side of the canal and is now all fenced off. There are a lot more huts painted than there was the last time I visited, maybe Captain Kris is showing what he thinks if the closure. 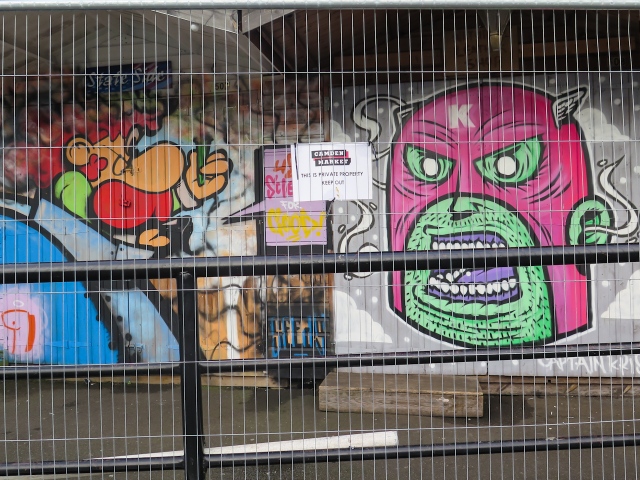 It is also a shame to lose this from Gnasher as well.

‘Save the Bees’ from Louis Masai. Both Louis and Gnasher did some work a couple of summers ago on an underpass in Walthamstow Marshes and thankfully there is no plan, yet, to full the marshes with houses.

We walked around to the far side of the market on Hawley St, passed a soon to be unloved Hunto. 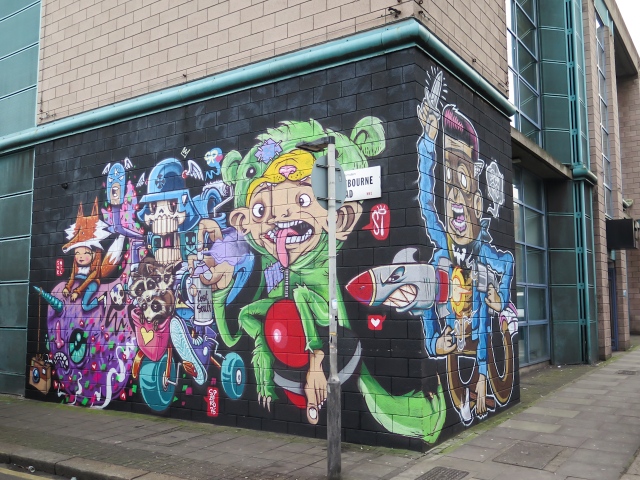 And this cool wall from Dan Kitchener – I am hoping Dan will be painting in Walthamstow fairly soon, there has been a bit of painting going on lately organised by a local group Wood St Walls.

There was also a new piece from Mr Cenz.

Down the side of the railway arches there were a couple of pieces I haven’t seen before, one from Jimmy C.

And one from an artist who I am vaguely familiar with but cannot pin a name on right now, but I really liked this.

I was hoping to have a look at the houses along here, as a number have been painted prior to demolition. However, the road is now closed and the crews are moving in. I am not entirely sure if this section is part of the school/flats project or just an excuse to tie in with the school build and ram up some more flats. I guess the one tiny tiny benefit of the closure of these houses was that they became temporary legal canvases. 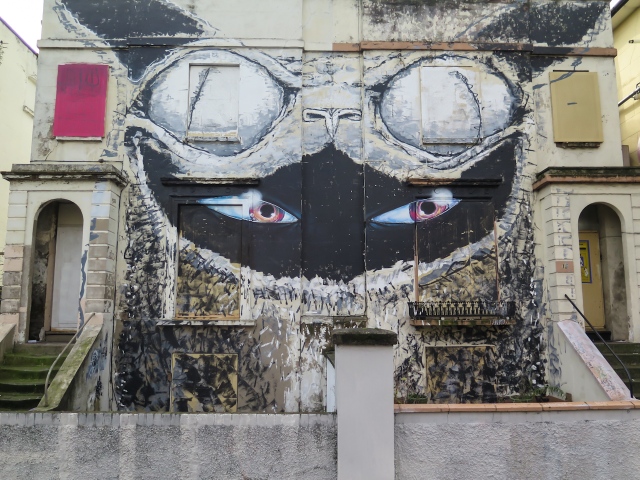 A bit of fun from Zadok

And finally this very nice mural from Irony. 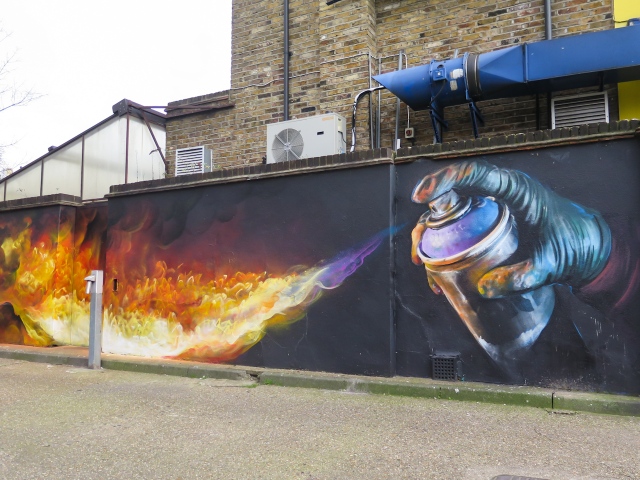 It was then time to head towards our lunch reservation at the posh fish and chip shop in Islington, almost an hours walk away.  Like Shoreditch yesterday, a small part of town is disappearing, I am sure there are many who will say we need to the housing in London and it is only a small section, but I fear it will be a death by a thousand cuts and all of a sudden we will realise that all the bits that made London the cool city it is will be gone.