I have almost caught up with photo reviewing and blog writing, though it seems as if I am doing things faster than I get the time to document them. Given that I seem to have all day most days to do this you would think I should be bang up to date!

There has been yet another Clash greatest hits album released recently and in conjunction with that there was a small Clash exhibition in a shop in Soho. There were a couple of floors of memorabilia from the members themselves and it was really cool.

Some of the original hand decorated clothing from the early photo shoots including the White Riot overalls of Mick Jones. 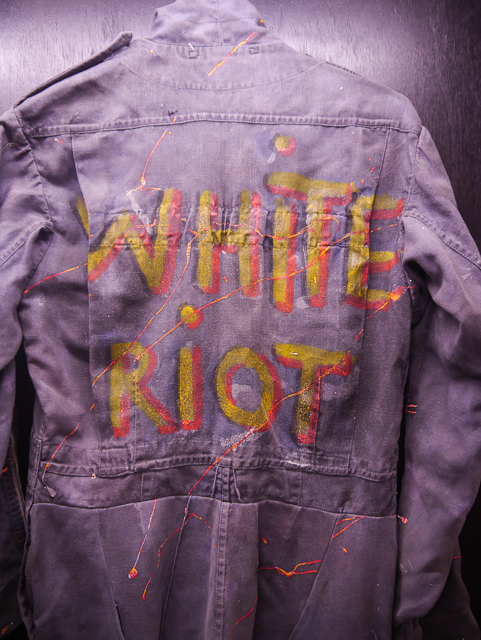 There were also a few guitars

And most importantly THE bass – from one of the best live show photos ever taken. I was so surprised to see it was never repaired.

It was a really cool exhibition – and chock full of middle aged men and women oohing and aahing over the exhibits. I am so glad we went and oohed and aahed ourselves.