Crikey, another month over- 2013 is disappearing so fast !

On Sunday I picked up a Vauxhall Astra that I had hired from a rental company just down the road from El in Walthamstow, after loading a few days worth of stuff we excitedly headed off on our first road trip – and El’s first experience of me behind the wheel…

Our first stop was lunch with my daughter Meliesha in Bristol. The journey to Bristol was pretty quick, I was expecting a lot more traffic on the motorways given it was the school summer holidays, but apart from some roadworks that just seemed endless on the notoriously awful M25 it was plain sailing all the way. Luckily Mel’s new flat was not far off the motorway exit ramp so we didn’t even get lost. We went for a very nice vege roast lunch at the pub up the road and sat outside in the sun for a couple of hours before El and I left to get back on the road for the longer drive down to Cornwall. It was so nice to see Mel again, and Dickie of course !

I had to really resist the urge to go on a street art walk, there is some great stuff in Bristol, but it was not on the way to where we were going and I could have taken hours… I did snap this as we walked though.

We had no real plan for the day and no accommodation booked for the night so just drove down towards Cornwall, through Exmoor and past a whole load of places that I visited when I was supporting Mal on his epic epic 1014km run last year. 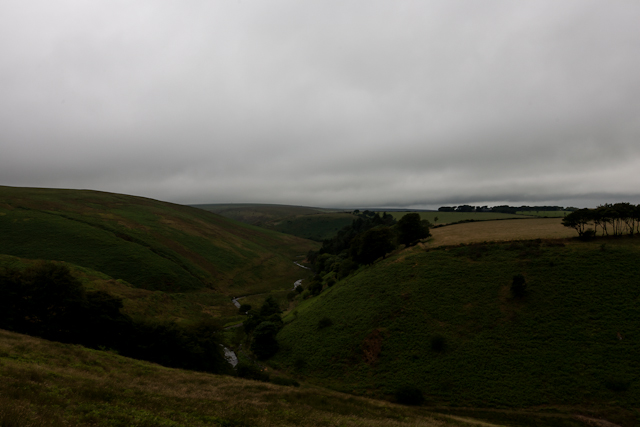 It was strange driving past some of these small villages I shot through last June, I was a bit of a bore to poor El, regaling her with memories of the run and I have just had a slight blogging detour and wandered off to re-read Mals posts about the run. Epic really is the word.

We had sort of picked the coastal town of Bude as a possible place to spend the night and arrived there in the late afternoon and conveniently the local hotel had a room available. The hotel was a classic old school English hotel, we were the youngest people by about fifty years and I am sure I was looked at sideways when I wore flip flops to dinner ! The food was very nice though and the banoffee pie was (almost literally) to die for.

We had a good walk around Bude before tea and I ended up taking more photos here than anywhere else in Cornwall, a lovely spot.

On the top of the hill I saw a marker for the southwest coast path and the trail heading off over the cliff tops and into the distance and it really made me want to go for a run. I haven’t run in weeks, no motivation, or even worse I think – lacking the inspiration to run. I now know what was missing – hills and trees and grass and mud and all those other good things that don’t come with running on tarmac. Time to change me thinks!

Anyway, we loved Bude and I especially liked this tidal swimming pool, though I didn’t jump in.

The following morning we headed off south-west making our first stop at Boscastle, a village I stayed in last year. It is a lovely little fishing village that was almost destroyed by flooding in 2004 and has been mostly completely renovated. We were early enough we missed the worst of the summer holiday crowds.

Second off was Tintagel – famous for its ruined castle that was supposedly the home of King Arthur. We didn’t go into the ruins, there were quite large queues to get in, but did walk up and around it. 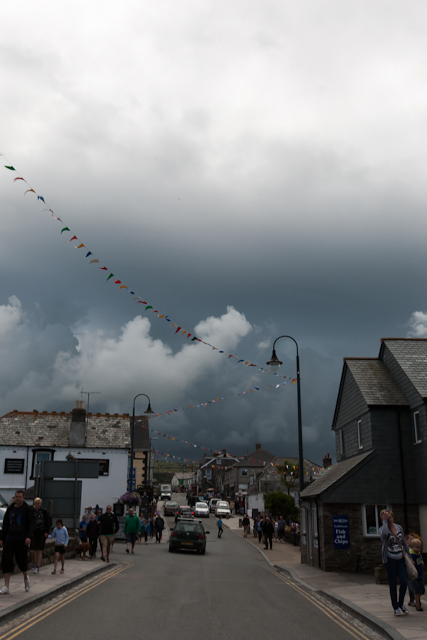 In one direction there were clouds, in the other blue sky ! Tintagel Castle is just a ruin on this rocky outcrop.

There is a rather out of place and fairly ugly Georgian (Ithink?) hotel on the other side of the valley.

After a very nice, locally made ice cream we set off for our final journey to the hotel that El had booked for us in Mawgan Porth, The Scarlet Hotel, a new eco-hotel on the cliffs above the beach – it was absolutely lovely and even better it had a no children policy !

Once unpacked we went for a walk along coast path along the cliff tops in quite a strong breeze. El, Sorry about the photo, just showing how windy it was, honest!

After the walk in the afternoon we sat on our deck and drank a bottle of wine my sister and brother-in-law bought me a while ago, a bottle of Wither Hills Marlborough Pinot Noir – it was superb – thanks ! This was followed by a wonderful meal in the hotel and for a change we chose wines that were recommended for each of the food selections and they too were delicious. I did wear shoes by the way…

The following day we took a trip into Padstow as the weather was looking a bit rubbish, it seemed most other people had the same idea as though it was raining quite hard when we arrived the village was packed, though the sun soon popped out and it was another lovely day. I didn’t really enjoy Padstow, it was very commercialised, full of shops selling clothes and stuff that was unnecessary to a small fishing village. Oh, well – most others seemed to like it. We did wander up this street for lunch at this pub, but it was closed.

We went back to the hotel and I finally had to succumb to my needs and chucked on a pair of board shorts some old road shoes and took off for a half an hour run along the bit coast path that we walked the day before. I really enjoyed just getting out and plodding up hills and down rocky shale paths, it felt good to really suck down some fresh sea air!

In the afternoon El had booked some spa treatments for both us, and I will say the massage was welcome !

We went for a walk along the beach in the early afternoon, watching the heavy clouds come in over the sea, waiting for it to rain.

The hotel is the building centre right with the curved roof. 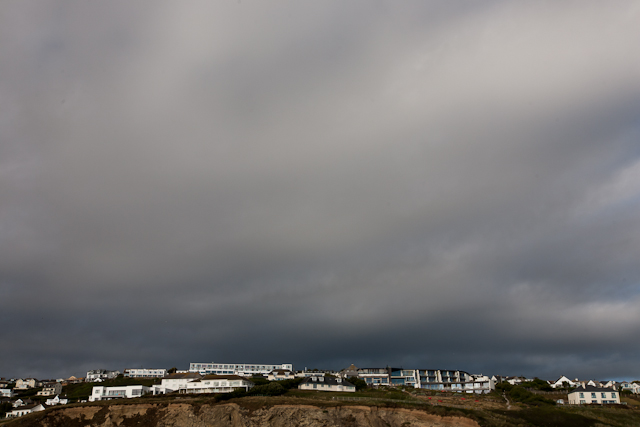 But the clouds soon blew clear so we ordered a light meal and a bottle of wine and sat out on the cliff side on some big cushions and enjoyed the last of the evening light.

The following morning sadly we had to check out and head home. The weather was again a bit dubious and it rained a bit on the way. We drove the long way as I wanted to go through Dartmoor, which was all a bit of let down as we stuck to the main highway and we didn’t see too much moor land, then again we didn’t see too much of anything for a while…

And a few hours later, that was that. We were back in London, our short and lovely holiday over. We had a great time away, everything was superb and El only swore and grabbed hold of things twice in all my driving…