It was another gorgeous English summer day so after breakfast we decided to walk along the Southbank, cross the Thames and visit Temple. Temple is an old part of London on the north bank of the Thames, and is one of the legal centres for the city. It is always busy during the day so I was keen to visit at the weekend and have a look around.

At the weekend, especially in summer, the Southbank is very busy, the council provide a lot of activities during the summer period – entertainers, art and a small beach full of sand to relax and play on. So, pretty much a time to avoid it really! But mornings are never too hectic and even at 10:00 there were not a lot of people around as we walked down from London Bridge. Blackfriars Bridge. 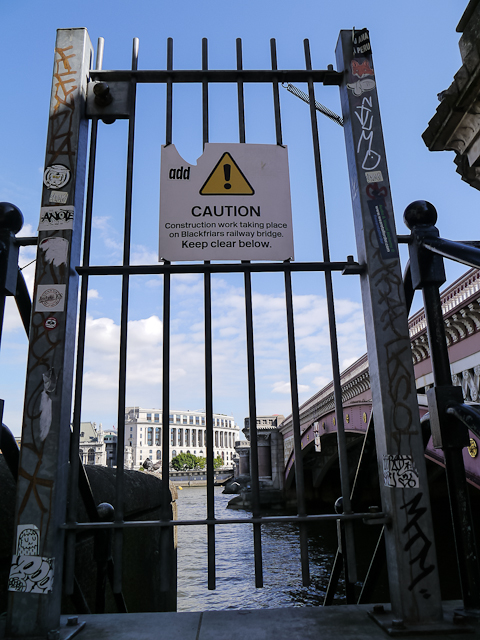 While I was running on Thursday I had spotted a new work by Belgian artist ROA on the wall of the Southbank Centre. I was really pleased to see this as the building is notoriously ugly and is screaming for something to be painted on it, and this year seems to be the year ! This year they are celebrating “Neighbourhood” on the Southbank so there are gardens set up and a bit of art has made an appearance, the first thing we saw was this mural which looks very new. 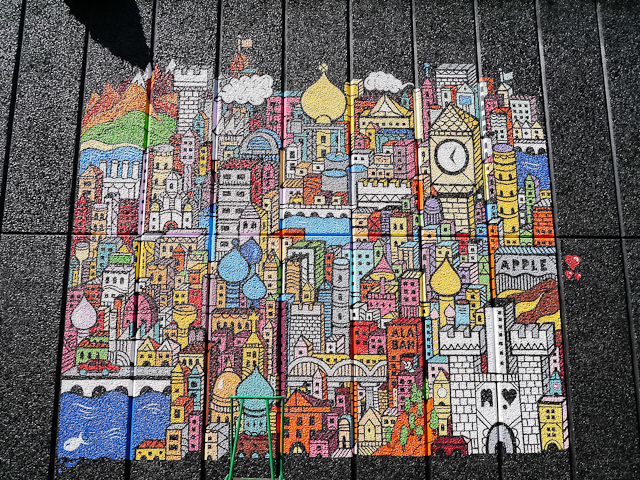 Just around the corner was this more alive installation of wheelbarrows filled with vegetable and herbs, very cool. 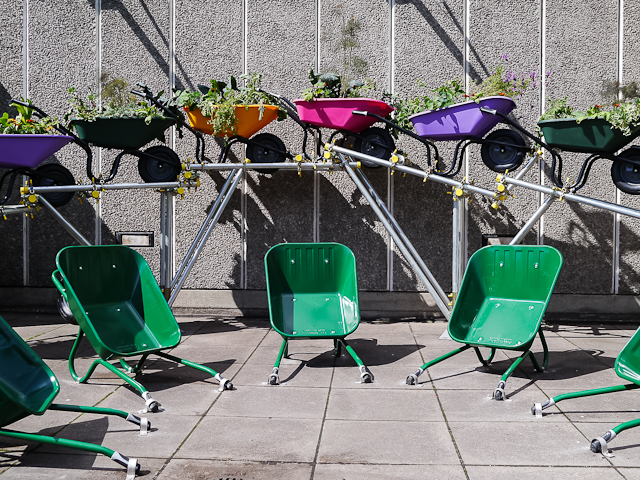 I found the ROA piece high up on a wall. 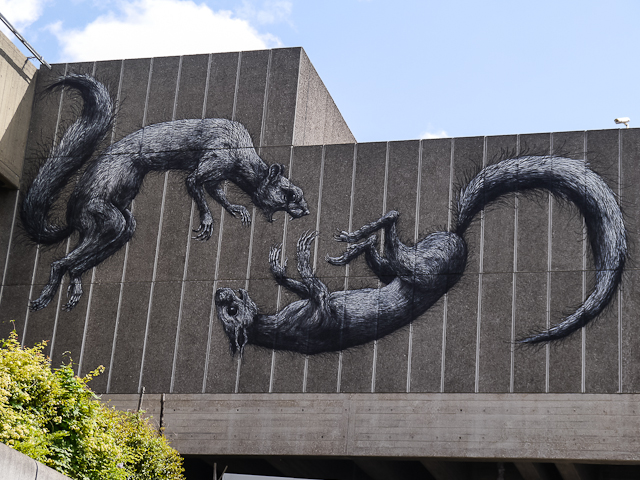 And WAHOO – just below it was a new piece by my favourite artist Phlegm! Very unexpected and very exciting too. 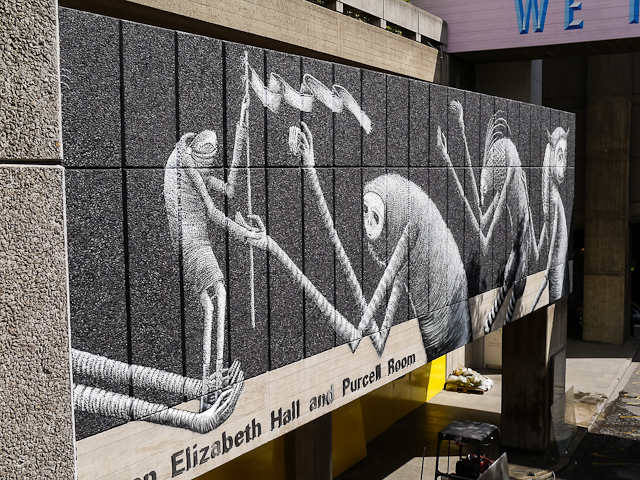 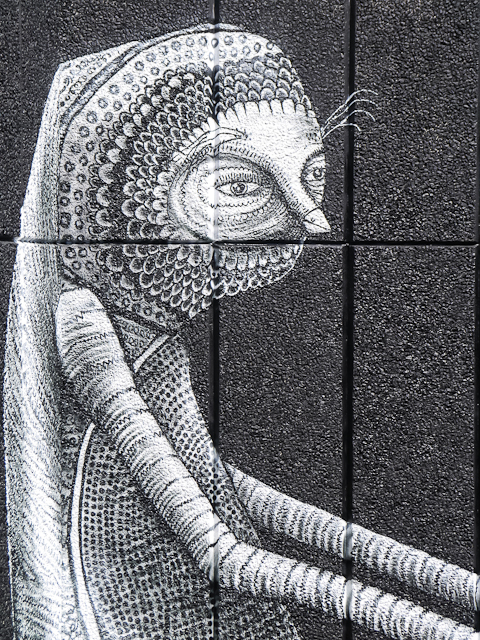 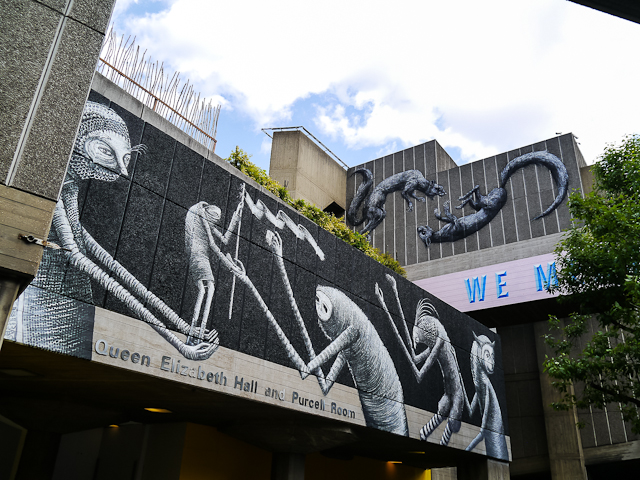 Round the corner we found a pop-up cafe and museum with a Beano theme. I used to love the Beano comic when I was child and had to have a photo as Denis the Menace. 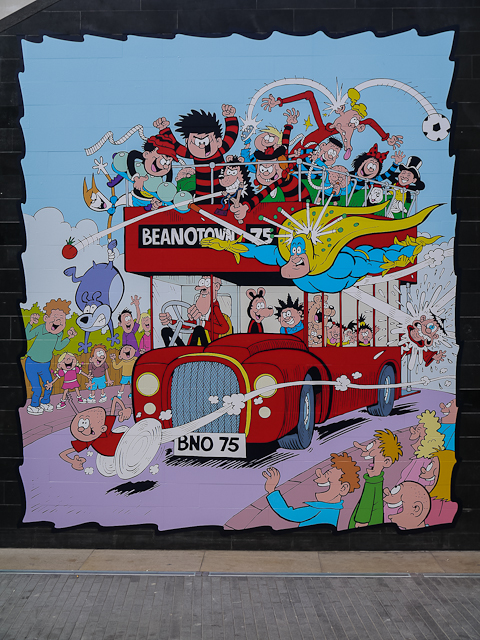 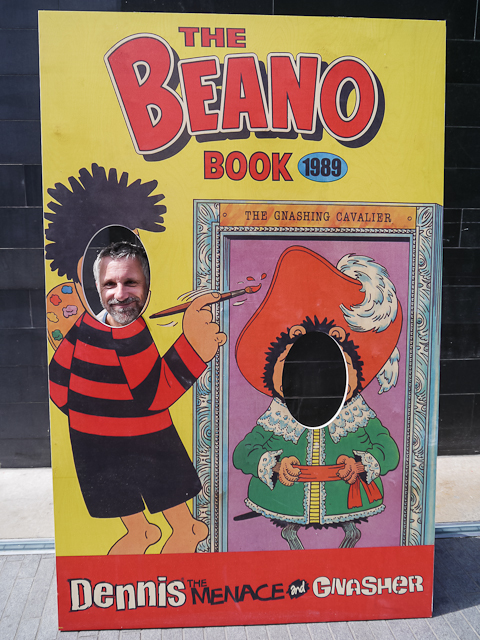 We crossed over the Thames and found ourselves outside Somerset House, which had an exhibition on by the late New York fashion photographer Erwin Blumenfeld. The exhibition space in the East Wing of Somerset House is really good and a great place to see photography. Blumenfeld shot a lot of images for Vogue, Harpers, etc in the 40s and 50s and was quite innovative in his day. 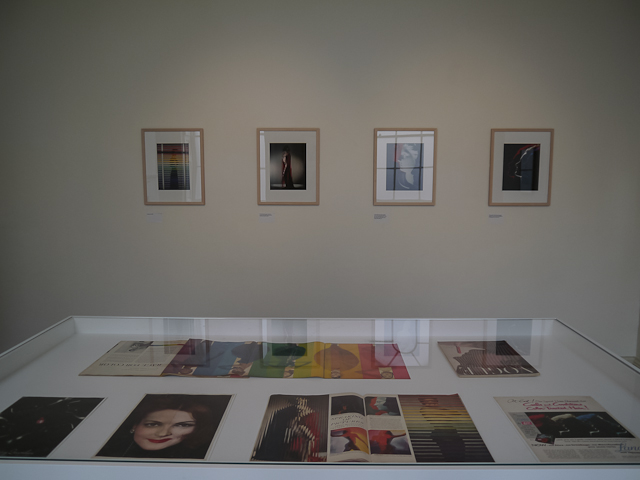 To our dismay we found that the gardens and area around Temple is closed at the weekend, which was a real shame as it was the main objective for the day. We sort of wandered aimlessly for a while, up past St Clements church – the official church of the RAF. 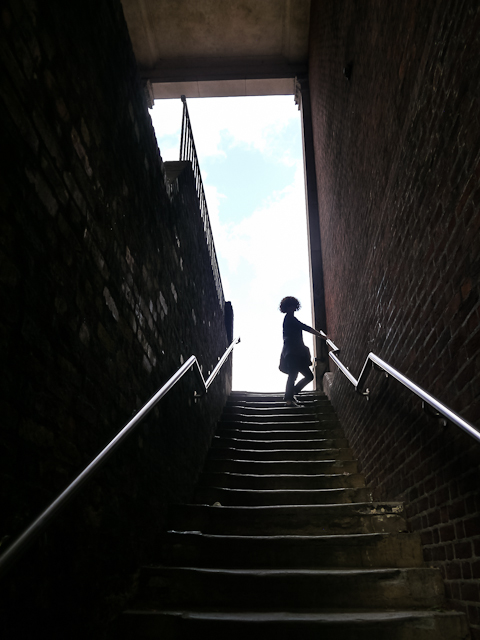 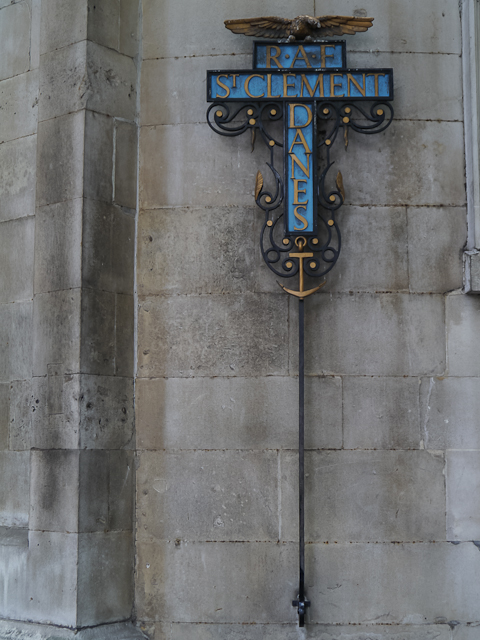 We decided to walk right through the city to the East End and have lunch in Spitalfields, we passed Fleet St along the way. Fleet St was the traditional home of UK newspapers for centuries before technology and computerisation caught up with it and the old printing presses were shut down and new printing sites were set up further east in Wapping. It was a hugely contentious time, with a number of violent demonstrations.

We had a nice lunch in a Vietnamese place in Spitalfields and then carried on wandering around for a little bit longer, my feet were starting to ache after a couple of three or four hour days of walking in flat soled shoes. This guy was beatboxing in Brick Lane and was phenomenal, not usually my cup of tea, but there are exceptions to most rules and he was definitely one of those. 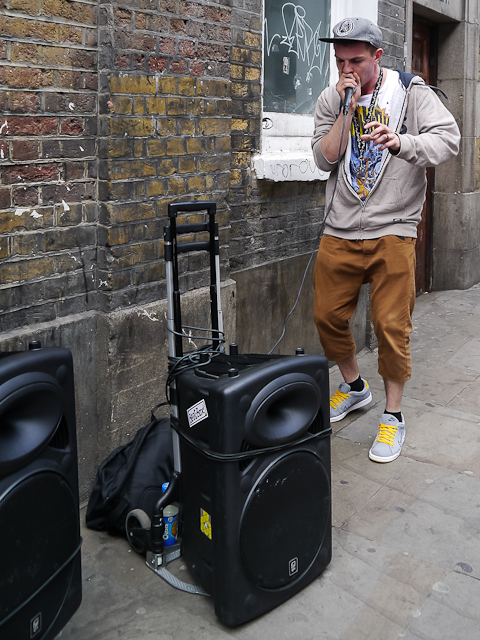 I was trying to not look for street art, but when you are up in the east end, it just kind of jumps out at you ! I really liked this new work by Chinese artist Dal-East. 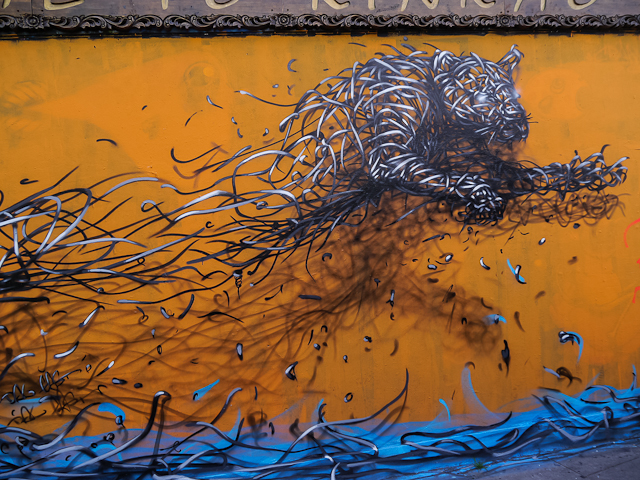 And this older piece by Broken Fingaz that I have not seen before, both in Pedley St, just off Brick Lane. 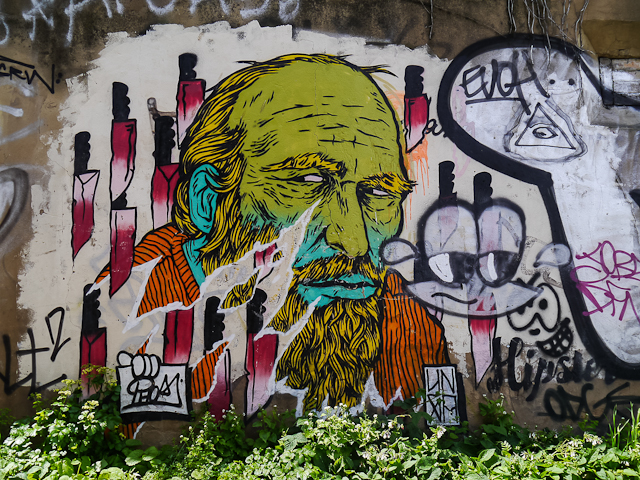 We concluded our walk by strolling back to Liverpool St where El got a train back to Walthamstow and I got a bus back to London Bridge. It was a really good weekend, finished with home-made pizza while watching a pretty dreadful England draw with Brazil in a football friendly. I still love the view from my balcony 🙂 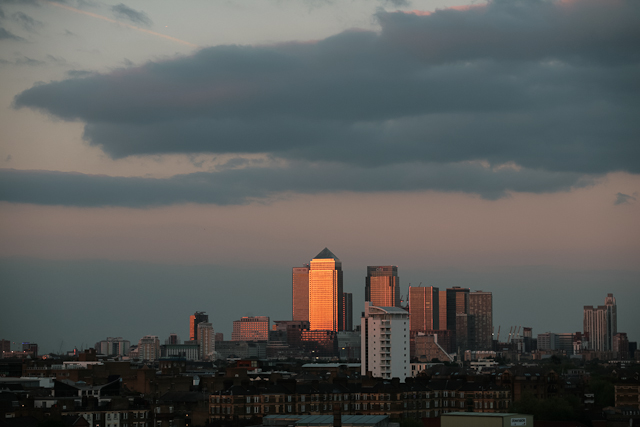 7 thoughts on “I love it when I find some Phlegm!”