Well it’s June the first – official first day of the English summer, and for a change the weather took notice and we had an even better day than yesterday, which was not too bad at all.

Last night El and I met some of her friends in one of the pubs near where she lives in Walthamstow, east London for a drink or two and I was feeling the effects of too many glasses of rose when I finally woke from a bad sleep. Today was not a day for lingering as we were off to Oxford to visit El’s oldest son and to have a quick look around the city.

We caught the train from Paddington Station, and I really should have taken a photo there as it is a pretty cool place, but I was desperately in need of caffeine and had to go find coffee before we boarded the train. The train was packed – not in a Sri Lankan way of course, no-one had legs hanging out of open doors and I am sure there was no-one on the roof either, just packed in an orderly English way! The first sunny weekend in a while meant a lot of people were heading out of the city for the day or weekend.

Oxford was no different to the train and the high street was very full.

We wandered down through the high street and into some of the old part of Oxford town where all the colleges are. The old part is lovely – ancient colleges and university buildings form the centre of the old part and it is nice place to stroll, albeit rather crowded….

There a number of very famous colleges – such as Jesus, Balliol and Christchurch, some are open to the public and some are not. All the colleges I could see seem to surround greens and I popped into one that we were allowed into, though stupidly I did not write its name down.

El’s son is studying at Brasenose College, which has been in the centre of Oxford since the early 16th century. The main buildings are from the 17th and 18th century. The public are not allowed in, but as we were meeting El’s son there we were allowed a brief tour of the place, beautiful ! Not allowed on the grass though 🙂 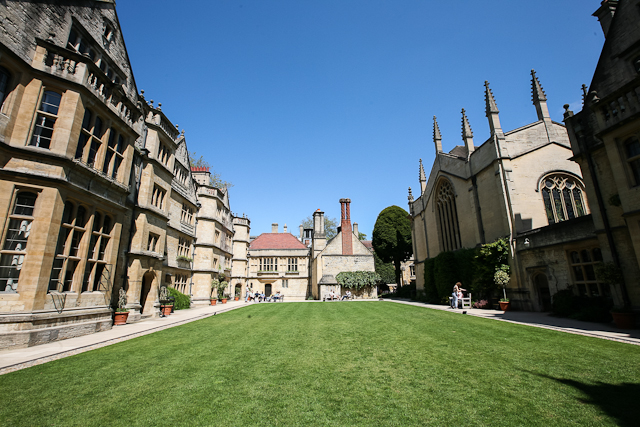 We visited the quad of the famous Bodelian Library, which I also really liked. 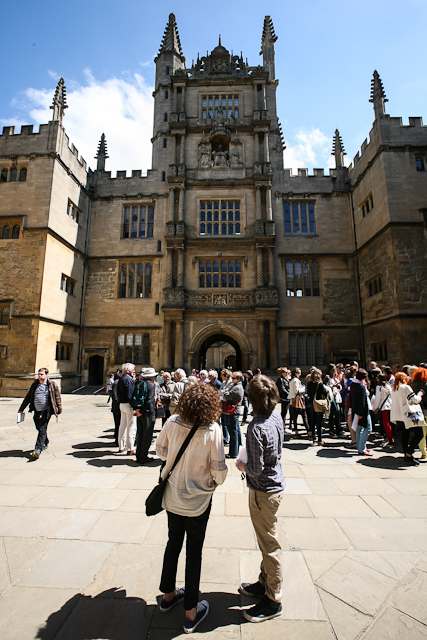 It was then time to go and hunt down some food and a cool drink, we walked past the not so famous “bridge of sighs” in Oxford.

Before heading to the Turf Tavern for a ginger beer… 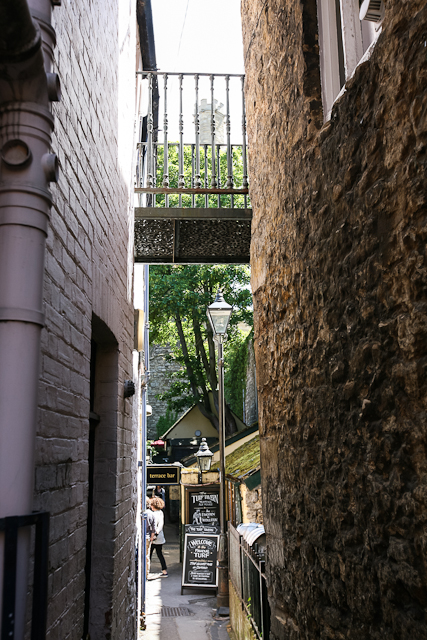 Our next mission was to visit the Pitt River museum, which I think is the coolest museum I have been too. The main floor is packed with interesting things to see, including shrunken heads – which is why we went. The main focus of the museum seems to be anthropological and there was some quite interesting NZ artefacts there as well, somewhere I would highly recommend visiting if you had a couple of days in Oxford.

We had lunch in a kebab shop and then farewelled El’s son and then El and I went for a walk around the botanical gardens – and a lie down on the grass in the sun.

It was soon time to head back to London, I had only seen a tiny fraction of Oxford and I am definitely going to head back.