After a fairly busy past week I had fully intended to spend today doing not much at all. I am well into a Rebus novel on my e-reader and have one chapter left in the real book that I bought myself for Christmas. It just seemed like a good day to do nothing more than read and listen to music. However, the weather forecast for the week has taken a turn for the worst – or better, depending on your point of view of course, and the snow that was due tomorrow is no longer arriving – at all. Bugger !

Today was obviously going to be the day I went to Kensington Gardens to see the snow in more park like surroundings. I was hoping to be there as it was falling so I could capture some images of fresh snow. unsullied by humans and their pets, but as that was not to be I wanted to at experience as much of a white world in London as I could.

Even with a planned activity for the day I still managed to laze in bed for a while before dragging myself out into what was actually quite a nice day. Sadly for the snow it was relatively warm and once I had reached the park gloves and woolly hat were no longer necessary. I walked around for a couple of hours, taken pictures here and there, but mainly just enjoying the relative lack of people in such beautiful surroundings.

As the scenes were quite monochrome, I have just nudged them all a bit further in that direction. 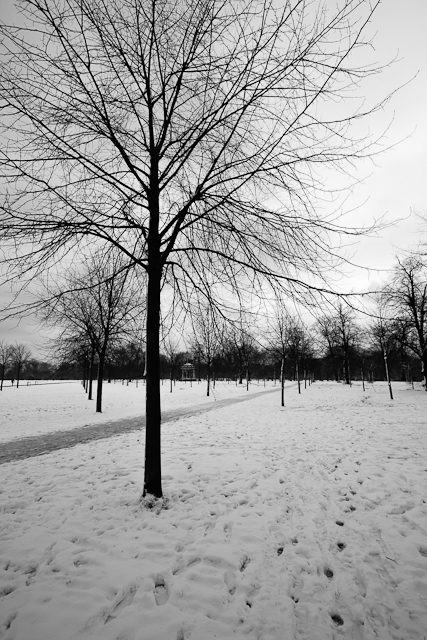 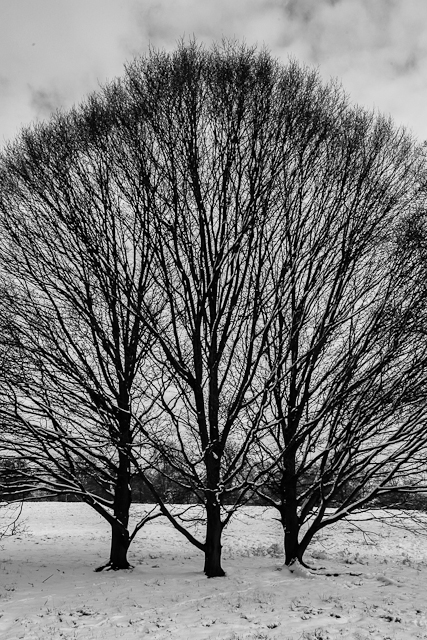 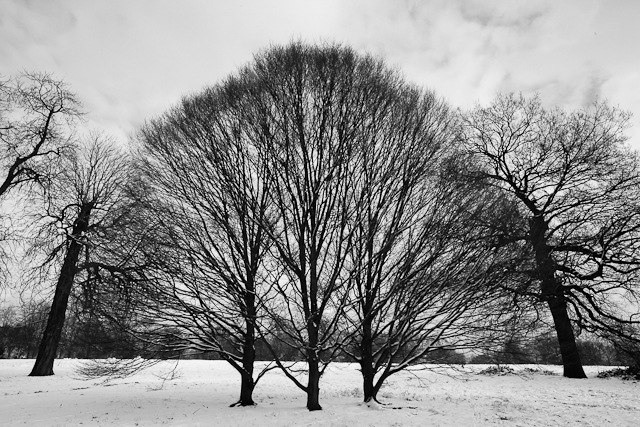 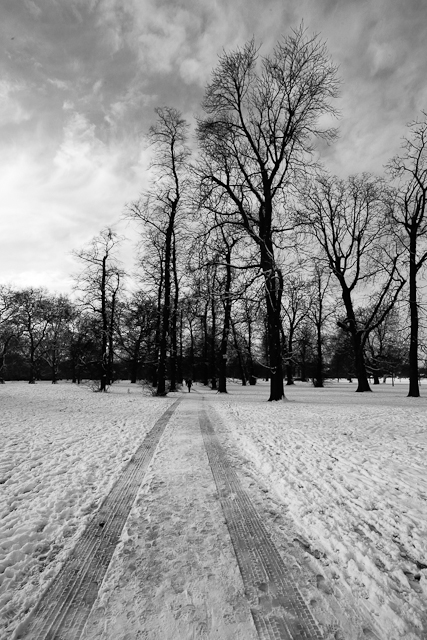 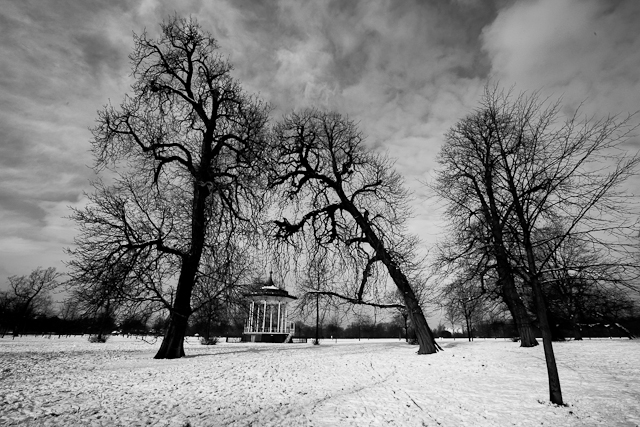 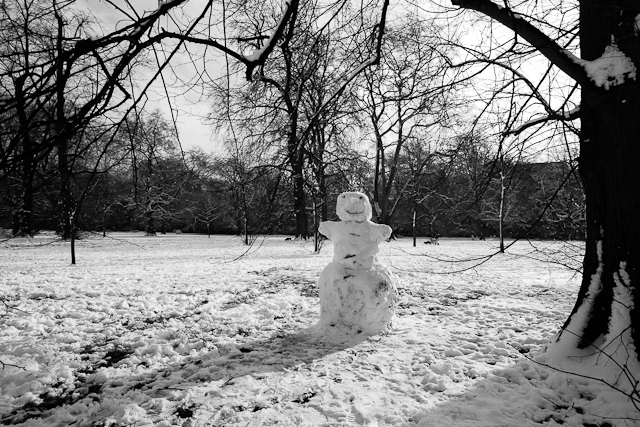 On the way home from the park I stopped by what seems to be my new favourite organic cafe for a coffee and a wee slice of chocolate chip flapjack. Heavenly.