Well, I know I sort of wrapped up most of December in one post earlier in the week and hinted that I had not actually done a heck of a lot since, but I have not been a complete bed potato – I have no couch, so no couch potatoing!

Jackie was one of the great people I met on the Cape Town to Livingstone leg of my recent Africa trip and lives not too far from London. We had arranged to meet in the historic town of St Albans for a walk around and lunch.

One of thing I hadn’t mentioned in my wrap up was I had a bad head cold for most of a week, and the start of it was this day ! I work up with a very sore throat and had to spend some of my dwindling funds on various medicines as the cold worked its way from being a sore throat, through a very runny nose and down to a horrible chest cough. One medicine does not conquer all anymore !

I got the direct train from St Pancras to St Albans, very fast and very smooth, and only twenty or so minutes. St Albans is twenty or so miles from London and, I have said this before, I cannot believe how much green space there is between the city and the surrounding towns, for such a crowded country it is incredibly rich in green space – long may it continue!

Jackie picked me up from the station and we drove into town and a bit closer to the cathedral, it is a lovely clear day but quite cool.

We had a brief walk around some of the older parts of town and stopped for a look at the old clock tower, built in the early 1400’s, I loved the side door : ) 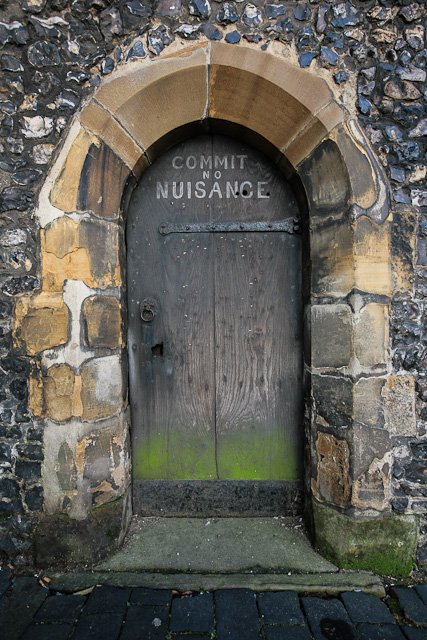 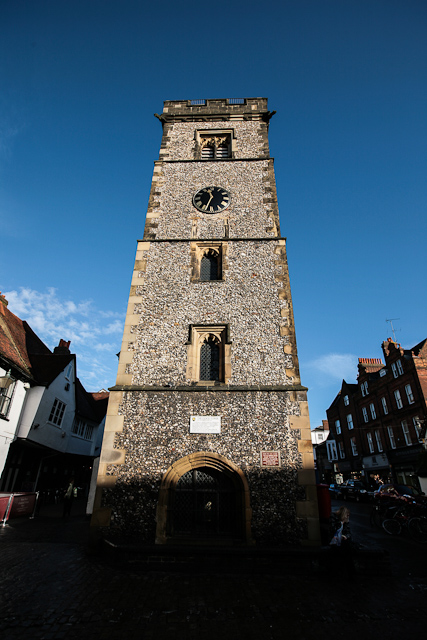 Some of the houses are incredibly old, but still in use today, I have no idea of the history of this building but I really liked the way if kinda sags in the middle – I know how it feels,  it must be middle aged ! 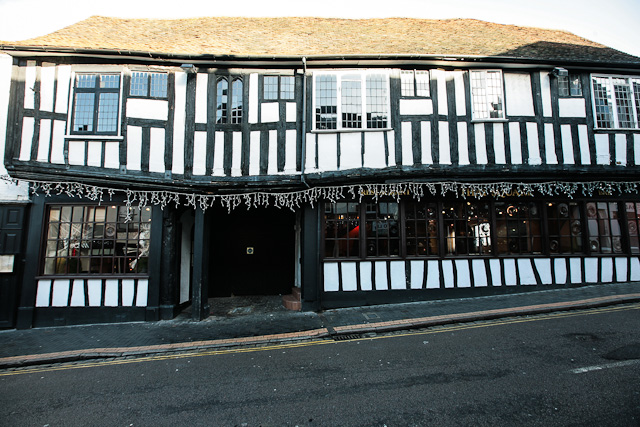 We next had a look at the old great gateway of the long gone monastery, the gate was built in the 1360’s and has been used as a monastery, has housed the third oldest printing press, was a prison for three hundred years and has been part of a school since 1871. Amazing, I just so love these things. 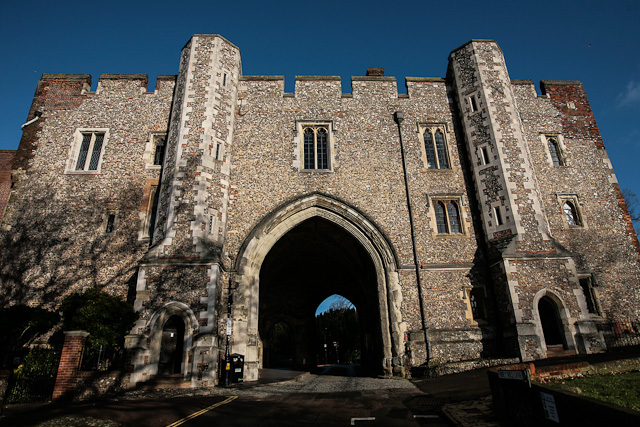 From there we walked up to the cathedral and spent a good thirty or so minutes looking around. The cathedral was started in 1077 (Man that is old !!!) and has been in constant use ever since, it is a stunning building with some very well preserved sections. One of the things I do love about some of these old buildings, especially the churches / temples/ mosques, is that they have never stopped being used for their original purpose and visitors are welcomed.

The cathedral is huge, and standing in the oldest section and looking up the length I again marvelled at how places like this were built before the age of large cranes and other machinery. 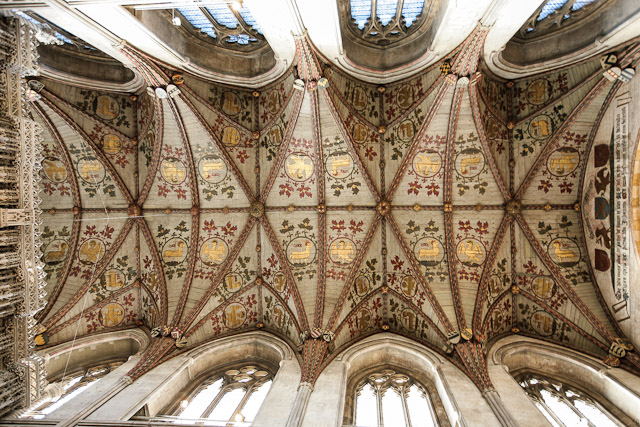 There was some good detail in the cathedral, including some old wall paintings that I liked as they had not been restored, though I guess they will have to be at some stage ! 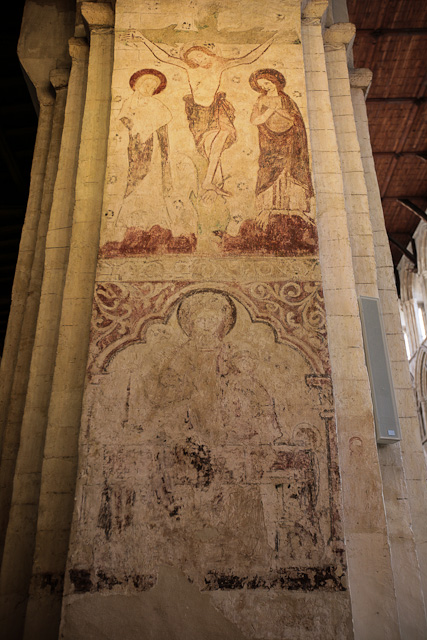 I really liked this eighteen century poor box – that is of course, still in use. 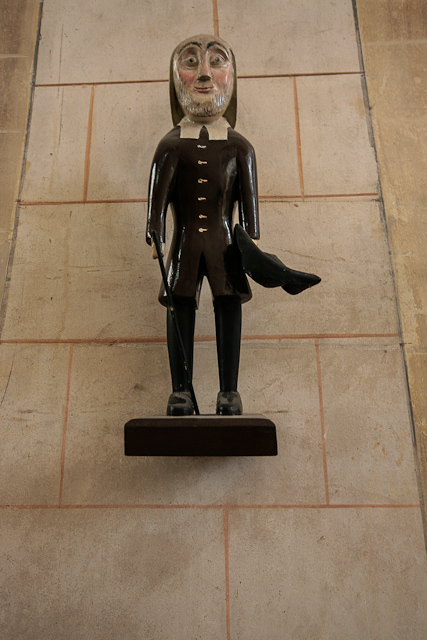 After the cathedral we took a walk around the outside, Jackie had recently done a guided night walk here and pointed out some of the haunted houses, like this one next to the graveyard…. 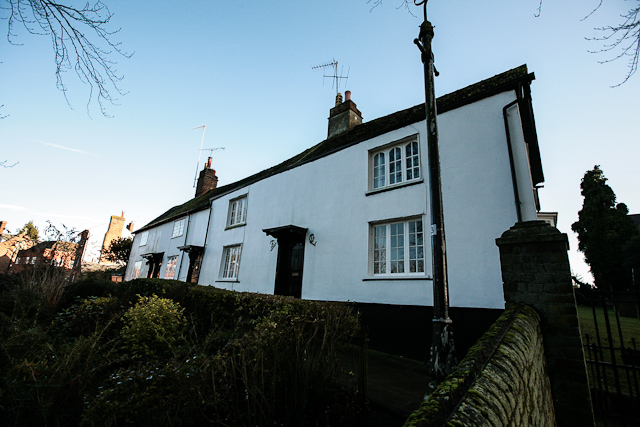 After a walk up to St Peters church at the other end of town we stopped in for a drink in a pub and then lunch at an Italian place before Jackie dropped me back off at the station and I returned home. 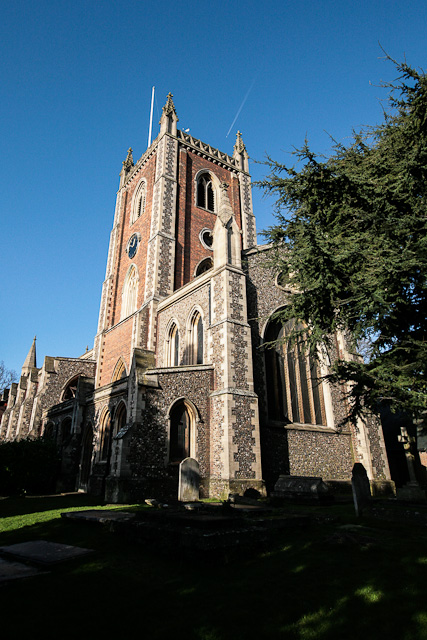 It was a really good outing, nice to catch up with Jackie and see somewhere new.