Another great night’s sleep, this sleeping thing is almost getting to be habitual. I am definitely not going to complain if this keeps up.

I wandered up to the cafe to pick up a couple of pre-breakie lattes, they are not particularly good, but they are rare and it is the thought that counts! Breakfast was another leisurely affair, I ate plenty, just not as much as yesterday. I still took a post feed lie down before we had to check out of the room at ten.

Yesterday we all agreed as a group to stay here at the resort until 3:00 rather than head into a hot and humid Stone Town in the morning. We have most of a day there tomorrow to explore the streets, so a day off around a good pool in a sea breeze before the hurly burly of a busy city and then back on the truck was just perfect.

I spent most of the morning lazing by the pool taking the occasional dip as the fancy took me. It is overcast again today so not too hot to be outside, though my face did get a touch of sun burn. Lunch was another massive affair, it will be good to leave here, too much food !!
I took a quick final dip in the Indian ocean before getting ready to jump on the mini-bus back to Stone Town. Out of the water it was a quick stroll up the beach to the hotel, trying, unsuccessfully, to avoid the hawkers on the way.

The hawkers are a pain, they are hard to get rid of once they collar you and they collar quickly. I understand they need to make a buck and there is little other opportunity to do so. However, they are all over the beach rendering it almost useless. The beach is beautiful – soft white, clean coral sand, edged with a clear, warm sea. It should have sunbathers and swimmers all over it. We were all by the pool where we can relax unmolested – a real shame. There are gates and guards at all entrances to the hotel to keep the hawkers out, but not on the beach – I guess that is a good thing though.

The bus to Stone Town took about an hour and was a pretty quiet affair, most of the people seemed to just sleep the trip away. Rather than glossy posters the hairdressers here have hand painted pictures, they are quite amusing – and I am leaving my hair till I get back to the UK. 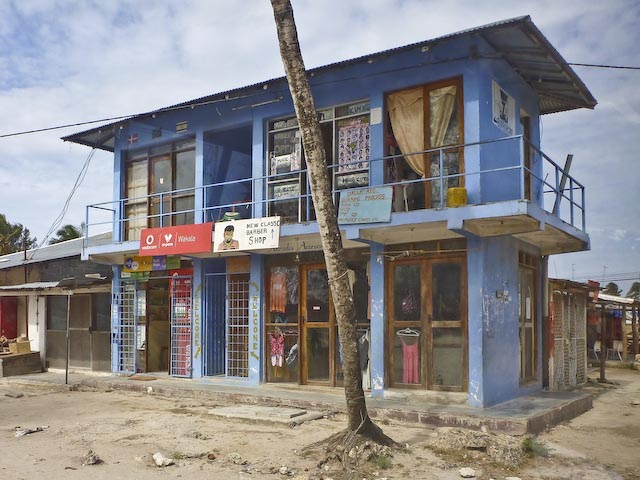 The bus dropped us off about one hundred metres away from the Safari Lodge Hotel which was down a series of alley ways. I am really looking forward to exploring them tomorrow ! It is very reminiscent of the old part of Barcelona, with narrow and twisty alleys through mostly crumbling old buildings. I loved that part of Barcelona.

Here there was very little grafitti, and though there are loads of bikes, none of them have been in a place where I can photograph them, so unfair! 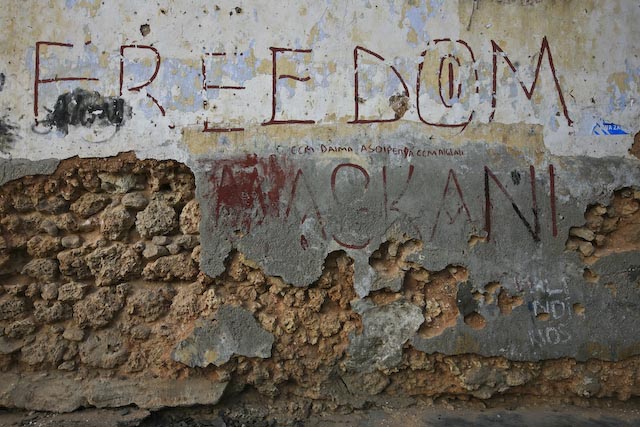 We unpacked and then all met in reception for a walk to a recently opened hotel where we had a cocktail on the roof and watched a rather uninspired sunset. It was entirely pleasant and all rather peaceful, unlike the hectic night market where we went for dinner ! I took a few pictures from the roof. 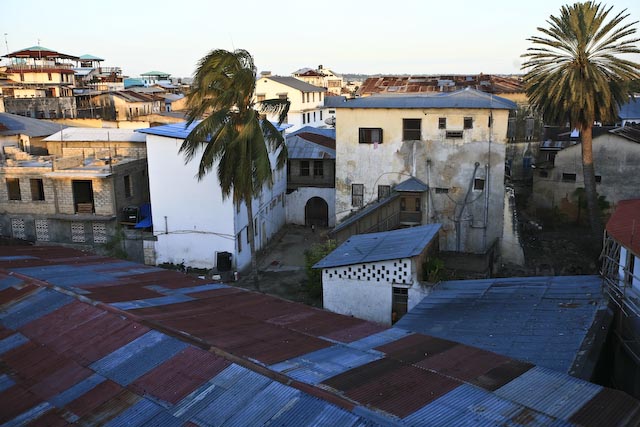 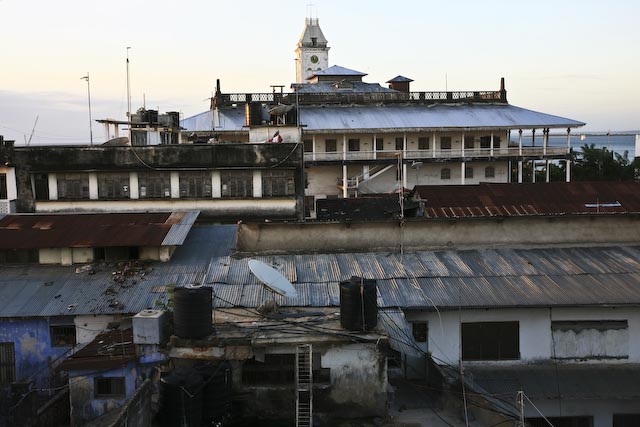 My feet were a little itchy so I wandered off for a bit and walked around some of the streets surrounding the hotel. I found an ATM that took Mastercard but it was broken, damnit.

I finally headed back to the hotel for the sunset and a beer.

The night market is a food market, mainly aimed at tourists, but there were plenty of local people eating as well. It was also very cool. As soon as we walked in the gates of the harbour front park where the night market was located we were surrounded by the touts trying to entice us to their stalls. The entrance was hectic but once through the initial melee it was quite calm inside. 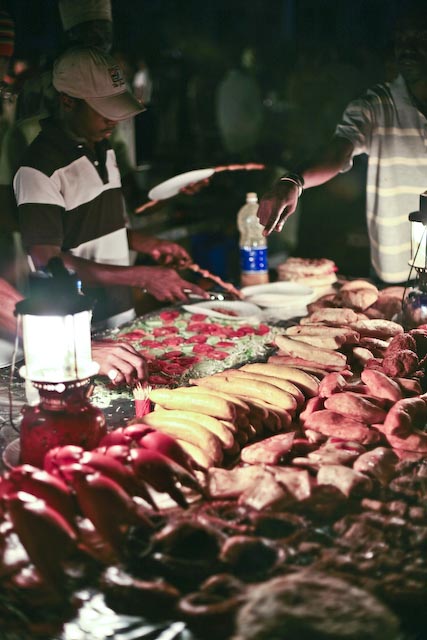 The seafood did not really appeal so I followed our tour leader’s recommendation and went for a shish kebab, a hugely popular stall. While I waited for that I had a Zanzibar pizza, which is basically a pancake. 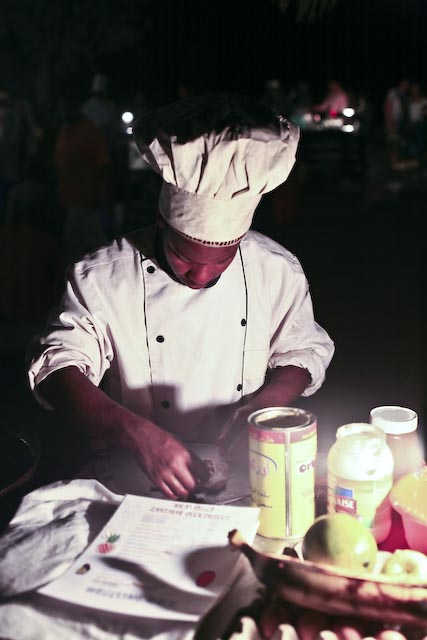 They come with a huge variety of sweet and savory options and I elected for the popular Nutella and banana option. It was delicious, after the kebab I went back and had a chocolate, vanilla and banana one. I also tried a sugar cane and ginger drink, pressed directly from the cane, also delicious. I missed street food.

After dinner we went to Mercury’s Bar for a glass or two. The bar is named after Freddy Mercury, the late singer from Queen, who was born on Zanzibar. As we left the bar Simon came out saying he had found a couple of Flash cards and handed them in at the bar. I instantly knew they must have been mine and sure enough they were, they must have fallen out of my bag when I got my wallet out. Lucky for me they were found, whew !