I woke feeling hung over, dehydrated and tired even though I had pretty good sleep and not too many drinks last night. I really did not like getting out of bed at 5:30 and packing up the tent to be on the truck for 6:30. I am looking forward to a decent lie in again! However, getting up before dawn is the only way to see the best wildlife in action.

The sunrise over Etosha was quite spectacular though I was not particularly excited about moving and didn’t kill myself to get a great shot.

I did magically perk up once a cup of coffee was on board after a roadside breakfast – and not in one of the human cages either! 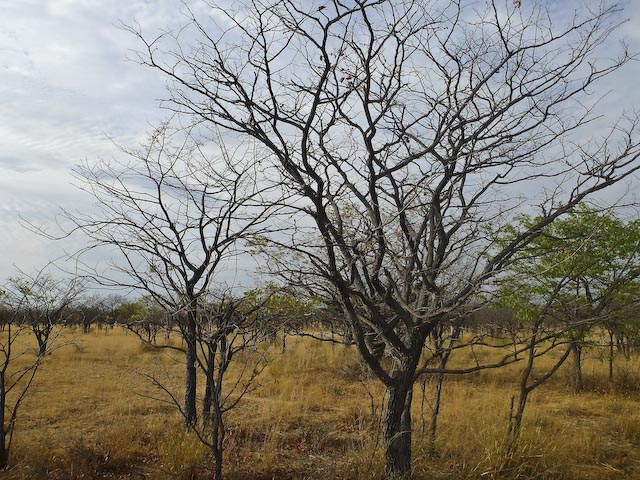 The first things we saw were jackals and some wart hogs, I love wart hogs and have really been looking forward to seeing them, they were a bit far away for great shots so I am hoping to be able to get up close and personal later on the trip, still at least I have seen them.

We found a couple of very lethargic lions by the side of a watering hole, there were a couple of males hiding in some nearby bushes but after a long wait we gave up and moved on. The park is big and we have lot of driving to do before we get to our camp site on the far side before the gate closes at 6:30pm.

Wise advice when you are one hundred metres from a small pride of lions!

Strangely this is one of my favourite photos from the day, I mean I loved the elephants and I like my elephant photos, but visually this really appeals – a turnaround area near the salt flats. 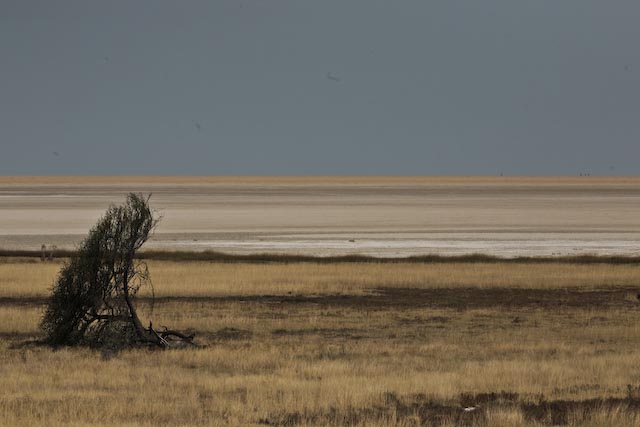 There was a lot of excitement on the truck when this secretary bird was spotted, it didn’t mean much to me as birds are not my thing, but I believe we were privileged to have seen one. 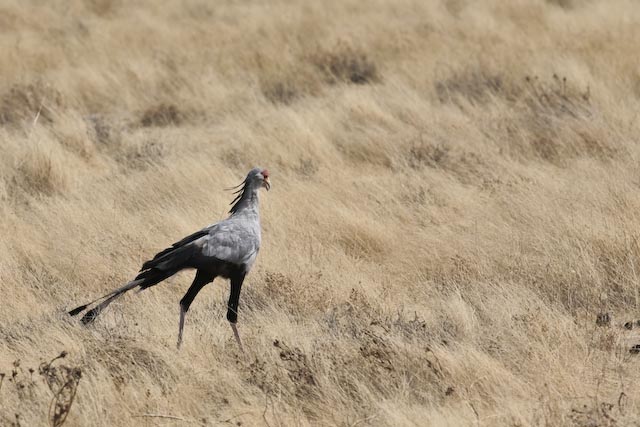 Our real find for the day was a small family group of 10 elephants at a water hole, we spent quite a bit of time watching them interact, especially the young ones, it was pretty damn cool.

There was a bit of push and shove to access a small water hole.

but it all ended with smiles all round, 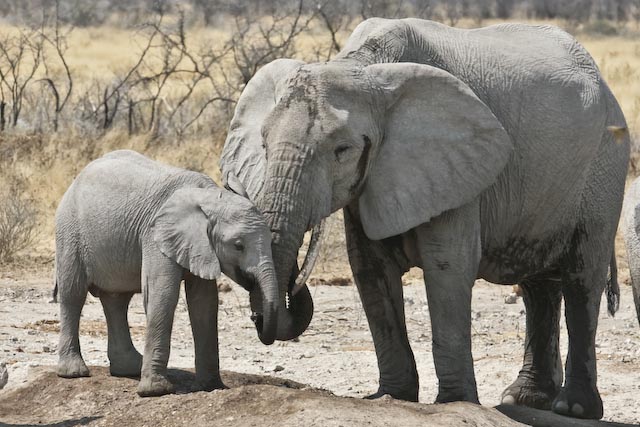 We stopped for a lunch break at a camp in the park close to the centre and we all got too ooh and ah at a skops owl that lives in a tree there.

After lunch we drove out into the Etosha salt plan, a massive salt pan in the middle of the park, it was like being on the surface of the moon. 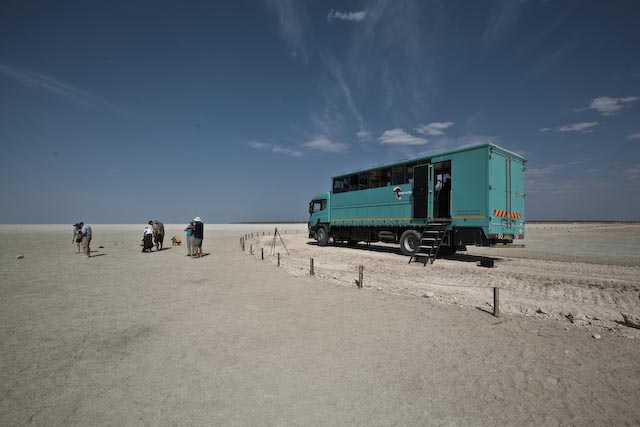 On the final drive into the camp we came across a small herd of elephants with one of them in the road feeding on a tree.

We stopped to photograph it and this car passed by us and tried to go round the elephant, scaring it into action. There was a bit of a stand off between car and elephant and we were all hoping the elephant would charge the car as the driver showed no concern for the animal at all, almost appearing to be trying to shoo it off the road.

Later we spotted this lone male elephant, definitely the largest I have seen so far.

We stopped for a “comfort break” and I took a photo or ten of trees – so much more interesting than birds:) 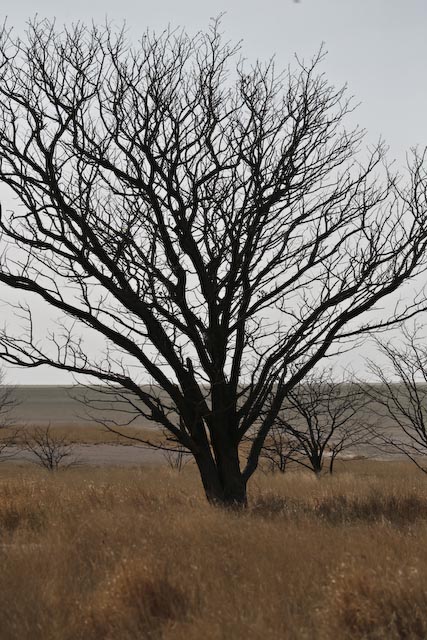 We arrived in Namutomi a little later than planned, the campsite was quite crowded and by the time I had put the tent up and cleaned up it was time for dinner, a quiet sparkling water and off to bed.

One thought on “The elephant and the moron”