I had an awesome sleep last night – finally ! I was up at 7:30, fed, packed and had the room cleaned for my 8:30 departure. Ian too me to the bottom of the hill to the small village of Puente Don Manuel where I was going to catch the 9:10 bus to Granada. As we pulled into the bus stop at 8:40 a bus drove past, little did we know that it was THE BUS. I hung round the bus stop, waited well past 9:10 and finally went into a cafe further up the road and found out (after much blank staring on my behalf as they only spoke Spanish) that the bus is at 8:30 and stops outside the cafe – not at the bus stop and not at 9:10 as per the web site. There is only one bus each day, bugger it !

The old church next to the Puente bus stop. 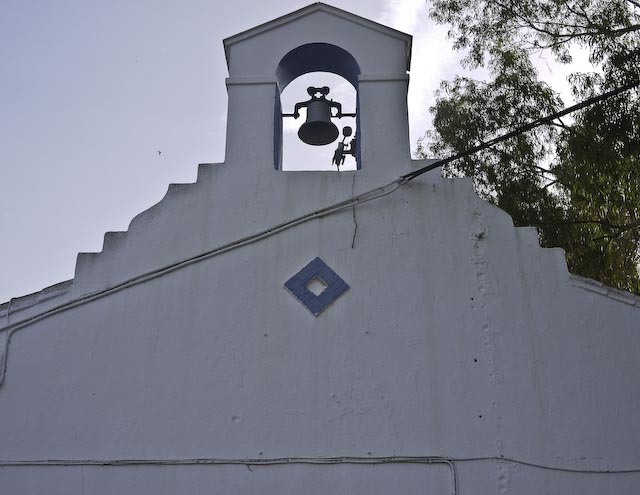 I decided to try and hitch a ride to Granada but after an hour of standing roadside in the ever increasing heat I flagged it and rang Ian to get a ride with him into the larger town of Torre Del Mar as he was heading in at 11:30.

At Torre Del Mar I found the next bus was at 4:30, I checked whether it was worth my while to head even further in the opposite direction towards the big city of Malaga and catch one of the more frequent busses from there. I probably could have saved an hour but it would have almost tripled the cost – not that transport is that expensive, so I decided to chill in Torre for half a day as it is a beach town and I am not really in any rush. The beach at Torre is a busy place… 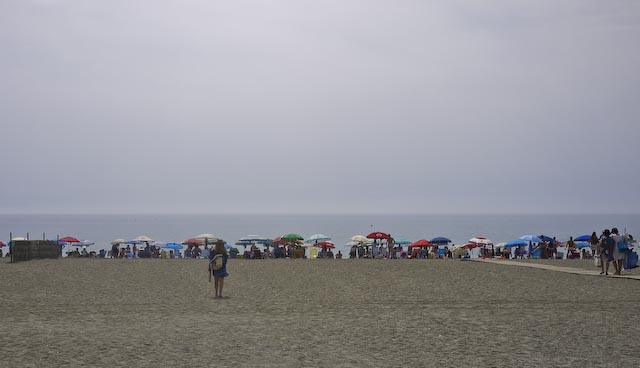 I found myself a good shade tree on a patch of grass near the crowded beach and lay there for over an hour reading my “book” before finding a pizzeria for pizza and beer – my favourite indulgence : ) At lunch I found I had lost my notebook, possibly in the bus office. I was due to buy a new one, as it was close to full, but all my scribbled notes from coast path run, and things since were now gone – I was pissed off with myself and saddened for it as well. I enjoyed the break in Torre, I am so much more chilled than I used to be in NZ, I managed to actually relax for four hours, without worrying about buses, hotels, where I am going or what I am doing. I even got a way towards laying down a plan for the next few months, given some of the other things on my mind at the moment, this was remarkable !

The pizza was great though… 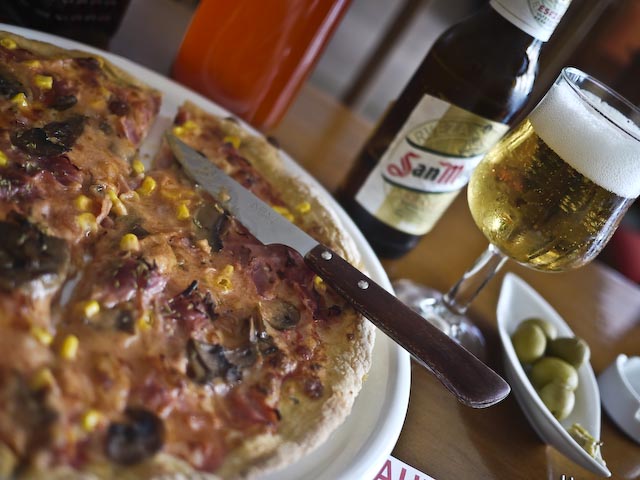 I made my way back for the bus and was pleasantly surprised to find it arrived and left on time, what was a shame was it took three hours to get to Granada, we went the long way ! The bus went up the coast, almost all the way to Almeria, the ride was pretty interesting. We were between sea and mountains and the area is incredibly arid, though still beautiful. The hills go straight down to the sea in many areas so the road is full of tunnels and long viaducts, some lovely engineering work has been done here. This area of the coast – like most of the Spanish Med. Coast has been spectacularly marred by ugly developments but there are still some lovely little areas with small white villas amid the olive groves. There is also a big contrast between poverty and wealth in the state of some of the properties – and I can see some of the remaining, older and more traditional sections also being swallowed up by the ugliness of tourism for the better off.

I was anticipating it being a bit cooler in the mountains, but that was obviously a ridiculous thought, it was 31 degrees on the coast at Torre del mar and 38 when the bus arrived in Grenada at 7:30pm! I was going to walk the four or so k to the hotel, but decided to get a cab instead. A very wise choice as I did not see one single street sign on the main roads, I would have got hopelessly lost. The Hostel Atenas is a quality two star hotel right on the edge of the old quarter, as I arrived so late in the day I extended my stay to three nights instead of two, as there is a bit to see here and I don’t want to miss bits because I have to rush – anyway it is too hot to rush anywhere !

After checking in I went in search of a glass of wine and a light snack, I wandered past the cathedral – to be explored tomorrow. 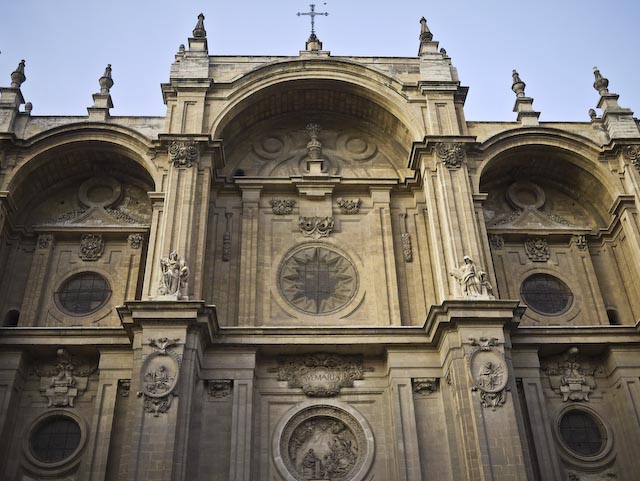 And found a cafe to sit outside of for a while and enjoy some stunningly tender calamari and a glass or two of rioja. I ended up feeling uncomfortable sitting in this place surrounded by couples and young families, so ended up leaving earlier than planned and picking up a bottle to drink in my room – I know drinking alone (again) not healthy ! I did watch this guy for a bit. 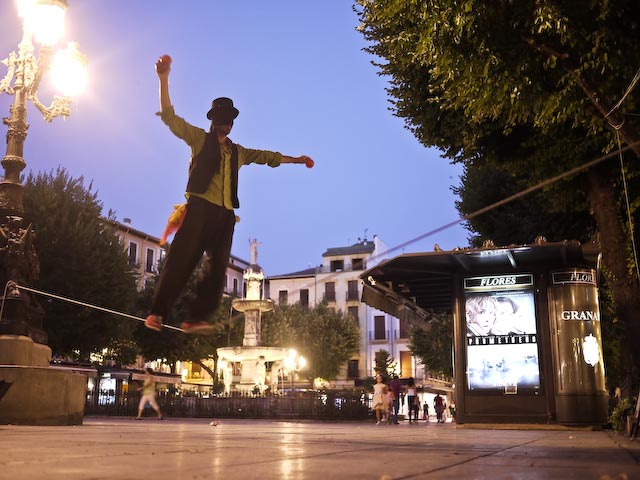 One thought on “On the road again”