Probably due to the half sleeping pill I popped or possibly because I had only had a couple of glasses of el cheapo rioja instead of the normal three or four – whatever the reason, I had a dead man sleep until about 7am. It was the first good sleep I have had in days and extremely welcomed.

I lounged in bed for a while then grabbed what was the least disgusting of the hotel free coffees I have had and got ready for the day. Today was my original check out day but I have extended for one more day, this however, requires a change of rooms – so firstly I had to pack, which is always a bigger task than need be !

But I was still out the door by a hugely respectable 8:00 am and off to find the Picasso Museum, which is the last thing on my MUST do list for Barcelona, there is still a must do list and a would be good to list as well, like any excellent city there is more to do here than time allocated. Excellent city to do list = allocated days + 1. I am glad I left early as the place is a bugger to find – with my map anyway. But once found I went in search of some breakfast and espresso – Loving, just loving short coffees now ! After my morning shot I was back to the Picasso Museum, thirty minutes before opening and there was already a decent queue forming, by opening time there would have been well over five hundred queued in the wee alley. Though the surly guy in the front of the shot was possibly not one of them ! 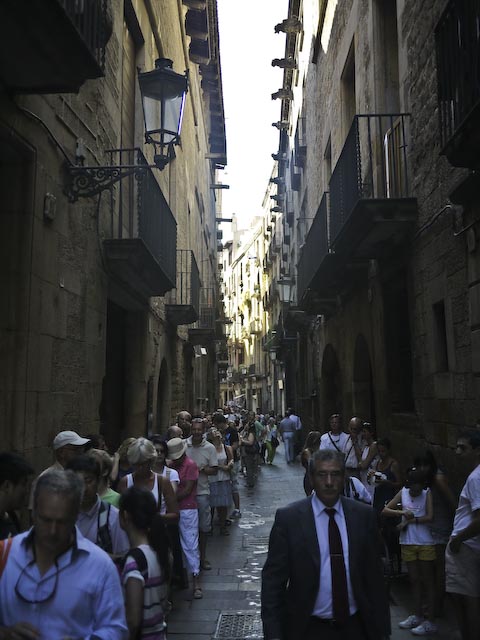 The gallery was very cool, holding a vast collection of, especially early period, Picasso works with over one thousand pieces being donated by Picasso. I spent most of an hour in there, which is pretty good for me in an art gallery. My favourite single piece was an early piece called the Prisoner. Well pre the cubist work – which I do like a lot, however the Las Meninas series was just awesome.

There was also a small collection of work by Vilato, Picasso’s nephew, which was quite cool – though very influenced by his more famous uncle !

From the Picasso museum I wandered up to the Arxiu Fotografic de Barcelona with the hope this was a gallery dedicated to photographic works. It was dedicated to photography but was sadly not a gallery per se, more of an archive – which I am sure would have been great to explore ! they did have a small show which I checked out – why do photo exhibitions make me want to shoot mono again ?

My next goal was the Museu D’Art Contemporani De Barcelona (MACBA for short – don’t ask why). It took a while to find but was worth the visit, both externally and internally. 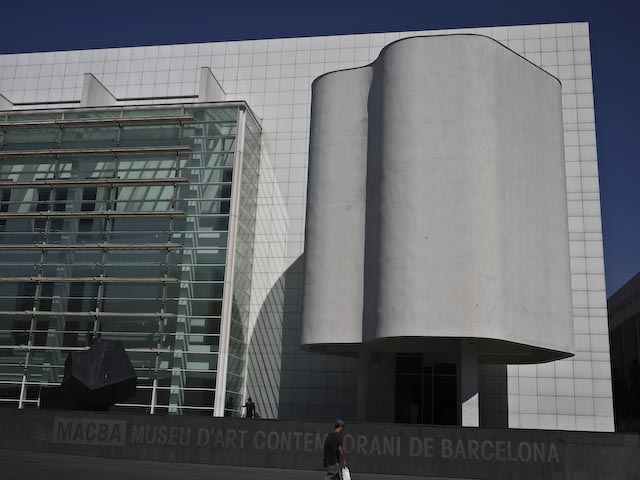 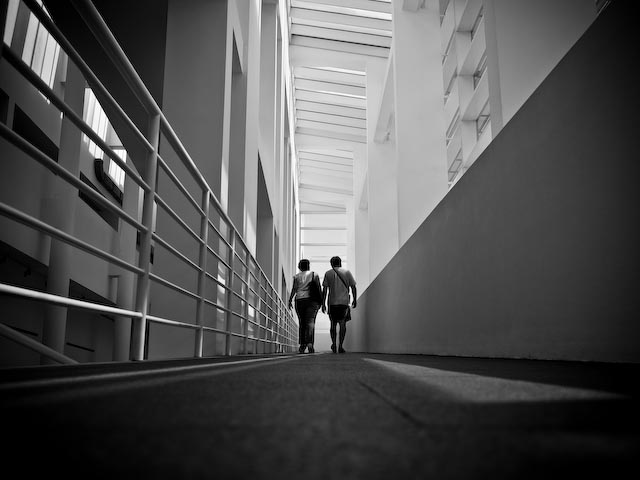 Though interestingly the gallery (new obviously) is in an area of Barcelona that was heavily “renovated” and the subject of the exhibition at the Arxiu Fotografic – though not directly this part of town. The MACBA was very cool, I loved the building and some – not all, of the exhibitions were interesting, it was quite modern, most of the art was from the last 40/50 years. There was a great exhibition on some “live art”/hippy shit from the 70’s. I loved the video footage – (God save me if I am turning into a freaking hippy). There was also a photo exhibition from the late 70’s /early 80’s of the local area as it was changed – similar to the above. The photo gallery was so quiet, the stand out sound was the click of slide projectors – awesome ! 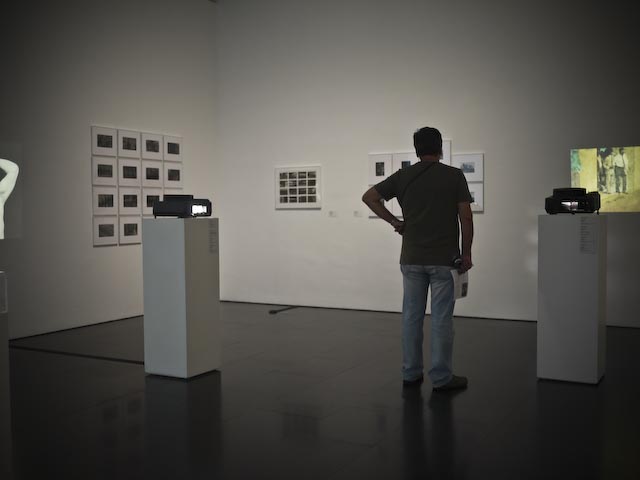 I stopped for a beer and some tapas in a cafe on La Rambla – the main drag, and paid through the nose for the pleasure – the most expensive cheap feed I have had in Europe. Doh ! BTW – I did not use the ketchup…

I foolishly decided (it is 30+ degrees) to walk up to the fort above the port, my aim was to find the cable car, but (see above) my map was crap and I ended up walking all the way. At one stage – well away from the public eye I will add, I made the radical choice of removing my shirt to get some of the most vaguest of breezes on to my skin. It was hard work – but when I went to the cable car to take it down the hill later on it was 7 euro a trip, glad I walked, it really wasn’t that far !

The castle was dull and full of tourists, but awesome views over the sea and the city. Though confusing which was the way in 🙂 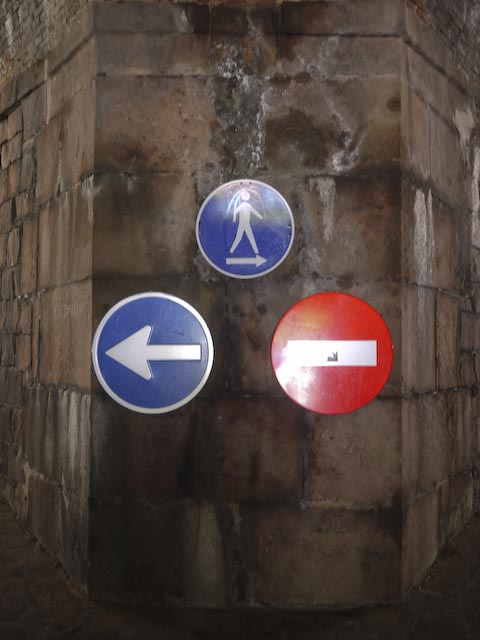 I went the wrong way ! 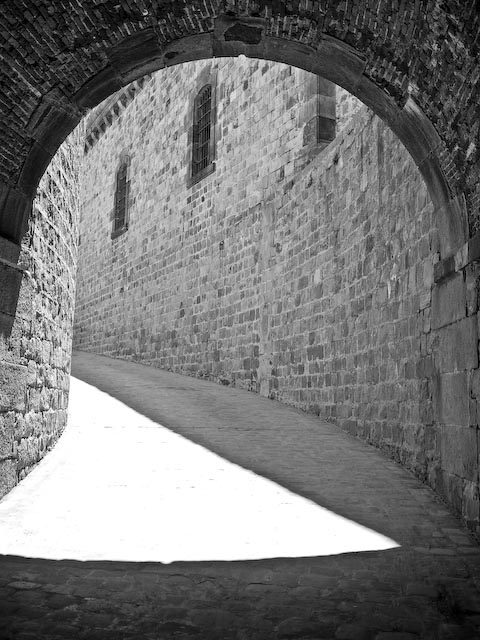 I spent half an hour up the top enjoying the breeze and views as well as avoiding the sun before heading back down into the city centre to find my way back to the hotel. 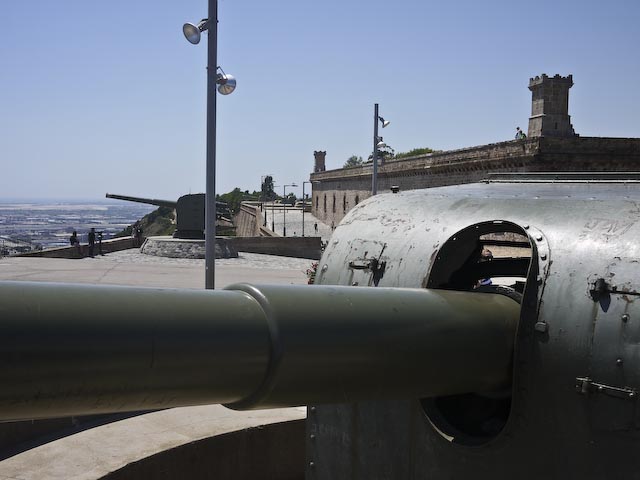 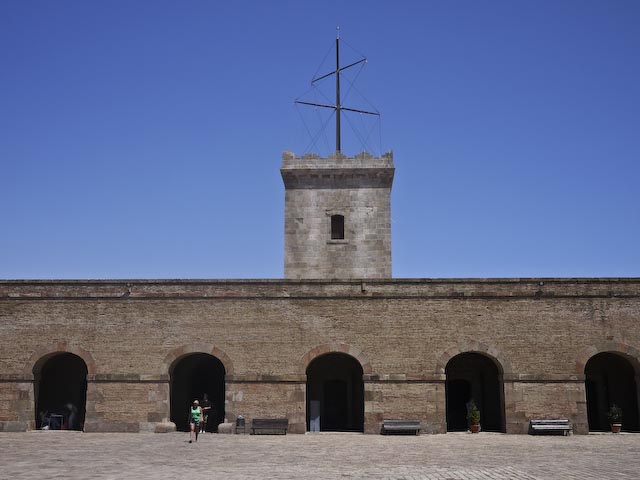 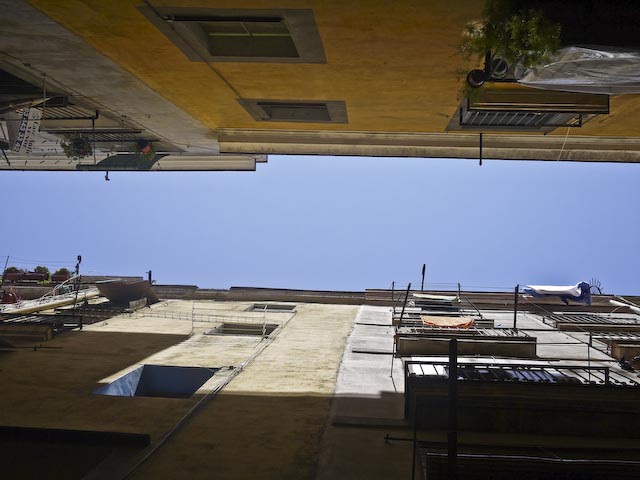 and ended up doing a few circles before popping out in familiar territory and finally stopping for a cooling beer at the taverna next door to my hotel.

I was on my feet for eight hours ! Chucks are not ideal for a long days walk in the heat, my feet were a tad swollen by the end and I knew it had been a long day.

After unpacking (read throwing stuff all over the show) in my new – and incredibly noisy room overlooking the main street, and a wee lie down I wandered down the road to my new favourite kebab shop and consumed the most awesome chicken kebab ever – I was starving ! Once sated I went and had a drink with the Pakistani guy who worked there (he of course did not partake) I chatted with him for a while, I think he enjoyed being able to speak English rather than Spanish, and to someone who knew who Shahid Afridi was !

It slowly went downhill from there as Johnnie Walker was cheap…

Though not too downhill as I am still typing and it is only 10:18 pm 🙂

Opinions on black and white photos ? after seeing a lot today I am very keen to go back !

4 thoughts on “Chucks do eight”