Wow, one hundred days on the road, and still enjoying it too!

All the remaining wedding guests were flying home today so some of us agreed to meet at the War Remnants Museum as it opened at 7.30 AM, a fifteen minute walk from both our hotels. The museum was interesting, I loved the names of some of the collections – obviously the Vietnamese side of the story is so different to what we have learned in the west.

I really enjoyed the photograph collection, there was a very good exhibition by photojournalists from both sides who were killed during both the French and American wars, including Robert Capa who is one of my favourite photojournalists. This photo shows how dangerous it was (excuse the reflection !) This Japanese photographer survived the experience, though I neglected to note his name. 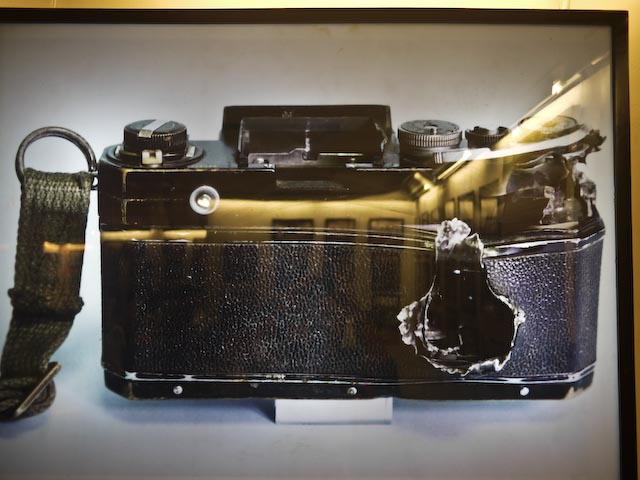 As we were walking the exhibition we were invaded by a hundred or so Vietnamese school children, I must have said hello to each one at least twice, they were very friendly and their smiles were quite catching – especially in such a place as this. 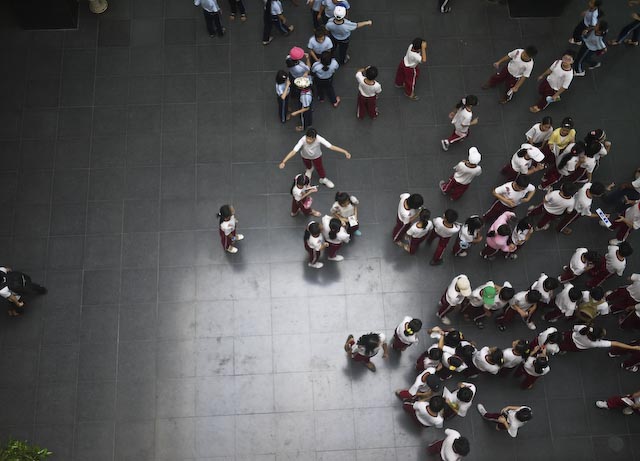 I enjoyed the museum, it was getting a bit crowded when we left, so it got harder to see and read the information – it was pretty biased, but not terribly so, and the section on Agent Orange and its effect on families even 40 years later was quite moving.

On the way back to the hotel I stopped for a filter coffee, Vietnamese style, then found out it was $3 – five times the price of a coffee in Da Nang, so was pretty pissed off. I wont go back there again thats for sure.

In all the cities I have visited in Vietnam I have seen sculptures in parks, I really liked this piece, though there is no information about it. 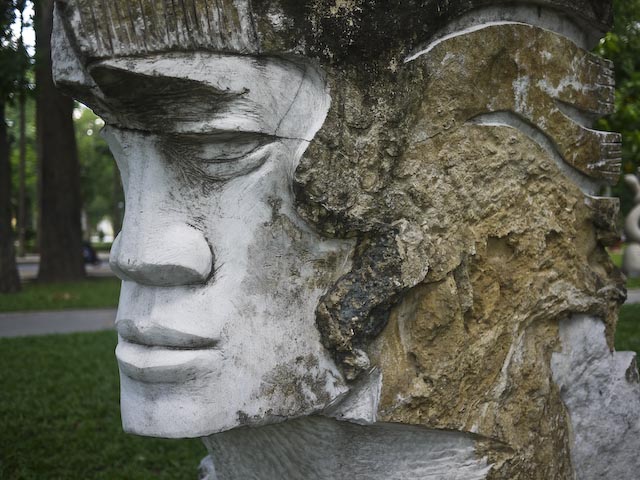 At lunch time we wandered over to the Rex Hotel to meet everybody else, Dan had been in to the hospital that morning and had some sort of chest infection, he was not moving from his bed, not a great way to end his wedding week. Those of us feeling up to it went and had a swim in the hotel pool, luxury ! and then I bade every one farewell and went back to my guest house so they could finish packing and head to the airport.

The view from the Rex, the modern business centre.

And the contrast, Socialist Republic of Vietnam flag against the Sheraton hotel. 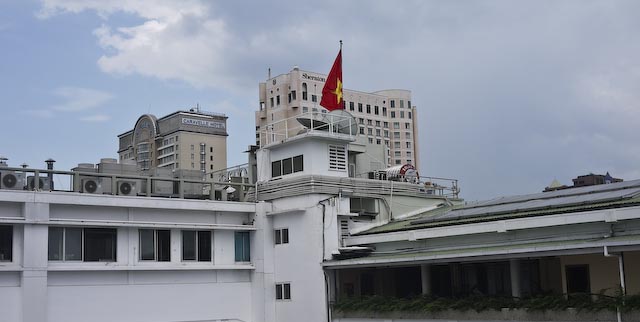 I have arranged to share a room with Dan’s sister Leonie for a couple of days, when she returns to HMC from Hanoi on the 16th, so booked myself on a three day Mekong Delta tour starting tomorrow morning.

I haven’t had a good walk around the streets of HMC yet, but this show how narrow they are in the backpacker area. 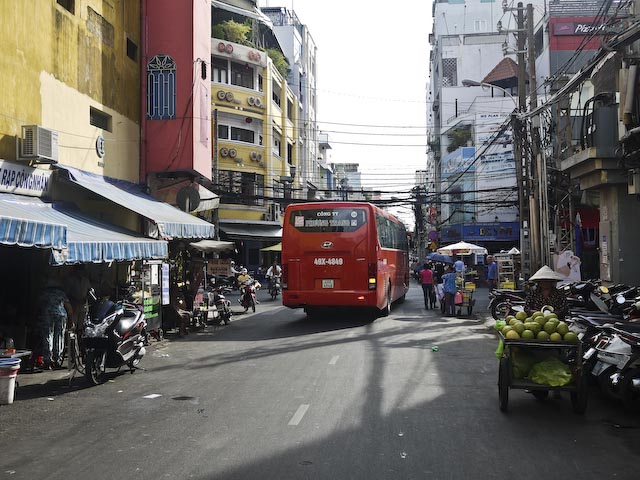 I had dinner in a local bar, got ripped off on expensive beer and watched half a game of rugby league – Dragons v Knights. I miss rugby league !

Goodbye to a bunch of very nice people, Dans mum – Jessie, bro – Russell, cousin Karen and friends, Hayley and Mark, Malcolm, Nolan, Debs and Keelan (apologies for spelling names wrong : )) It was great meeting you all and I really enjoyed hanging out with everyone. Many many thanks to Dan and Van for having me at the wedding, you are a great couple and it has been lovely to meet your families.
I also want to say a special thanks to Van for organising everything for us, the trips, the buses and hotels. All was great and so very much appreciated ! Van – you are a star !