I have split today into two posts as we saw an awful lot and I took a massive amount of pictures. I have also made a separate post just with some of the faces from Bayon as they were stunning and would have made uploading this post too slow – and reading it pretty slow too I guess.

It was a pretty awesome day!

After a wee break in the shade we wandered around the Terrace of the Leper King. The terrace is about fifty metres long and seven high and is covered in murals, when we got to the end of terrace we discovered it is actually in two layers, with the back layer containing some of the more original condition carvings. 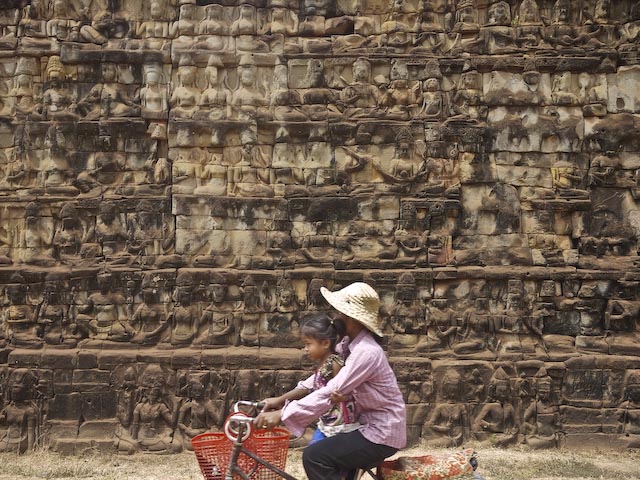 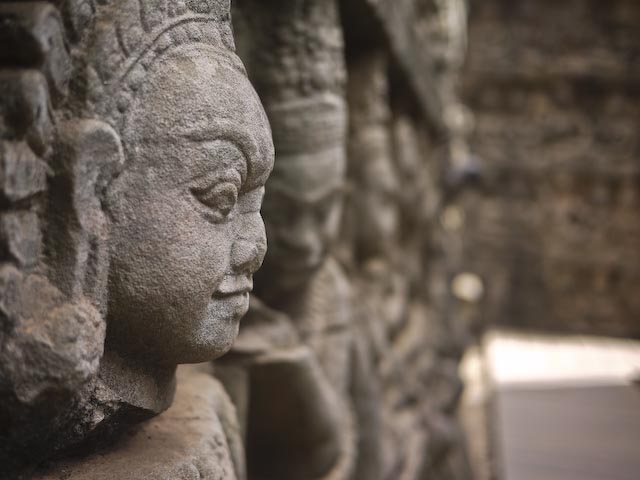 The leper king terrace is joined to the Terrace of Elephants, which is of similar height , but 350 metres long and has a small section in two layers. The terrace of the elephants was a viewing platform for royal ceremonies.

From the flat terraces we crossed over the road to Prasat Sour Prat (temple of the tightrope dancers). These are twelve towers that were supposedly used by performers on tightropes to entertain the king.

There were a large number of people cleaning the area of leaves and rubbish, all too much for some. I will say all the sites we have visited have been extremely tidy, there must be an army of people out early everyday cleaning.

Wow Bayon !  I had been looking forward to Bayon all day and had deliberately kept it to last so I could savour the anticipation, and the temple itself – however, having said that after four hours of walking in the sun and heat looking at temples I was a wee bit worn out. I should have planned on a third day. 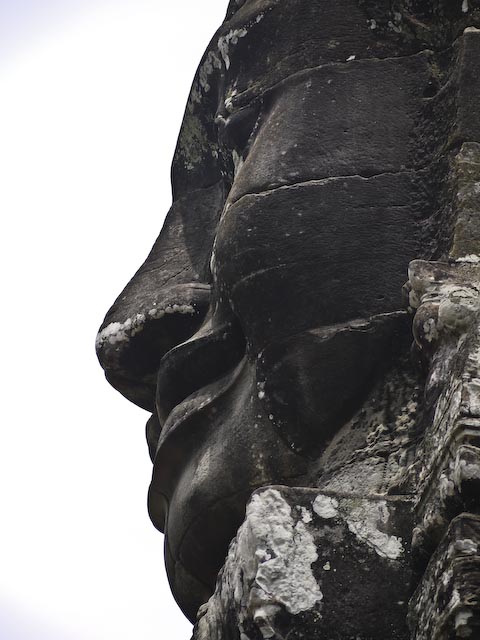 Bayon is constructed of three levels, the first two are square and the top is circular, with the top layer containing fifty four towers, and each of the towers has four faces on it. The faces are supposed to be of the Bodhisattva (enlightened being ) Avalokiteshvria but also have an uncanny resemblance to king Jayavarman VII. The 216 faces stare down at all his subjects from all angles. 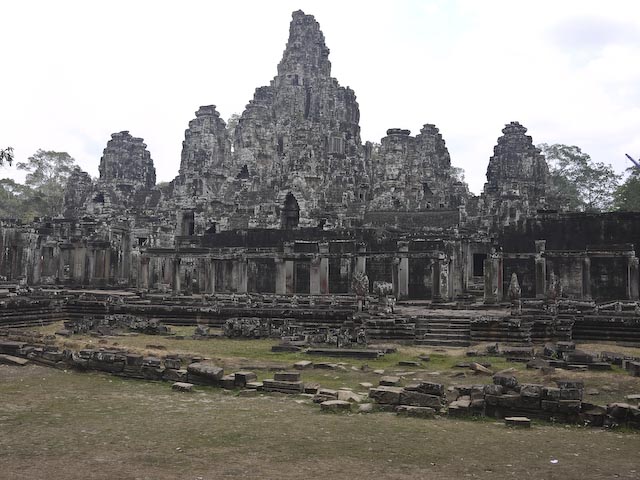 The bas reliefs on the outside of Bayon measure over 1.2 km and contain more than 11,000 figures that describe everyday life around Angkor.

As well as the fifty four towers which were very cool, Bayon was also a rabbit warren of narrow inter-connected corridors and alleyways, it was quite fun just wandering around turning left and right and popping up and down very steep little staircases to see where you would pop out – and how many faces would be staring at you. I loved it all. It is a truly magical place. 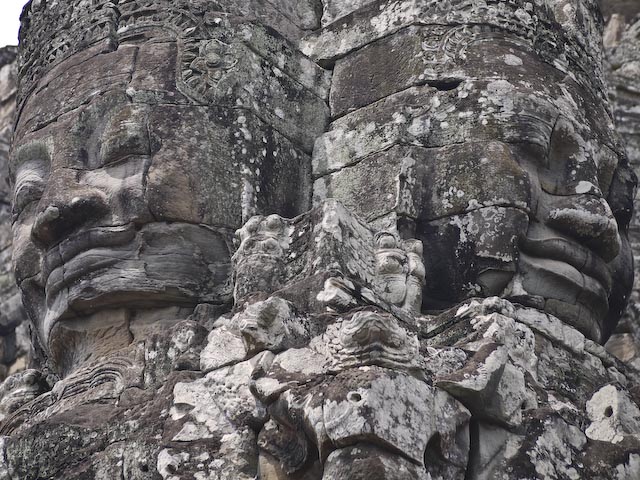 I am not sure how Mr Lin (our tuk tuk driver) knew it, but he has obviously had a lot of experience with tourists. Even though we were not doing the conventional tour of Angkor Thom and we were certainly not clock watching, when he dropped us off at 8.00 this morning he said  he would see us at 1.00.  At 1.05 I arrived at the tuk tuk !  He has predicted what seems like to the minute, how long we would take to see each temple. Awesome.

We got back to the GH about 2.00 and for me that was the end of the day, I had a lot of photos to review and posts to update, so after a shower and some clothes washing I sat around in the nice cool air conned room for a while and then had a good Skype and FB message session with a friend and my son Dom. After that it was back to the Five Suns for a burger and fries for dinner and then an early night as I was really tired.

It was a truly awesome day, I have loved all the places we have visited in the vast Angkor complex, but those faces of Bayon.  Wow, take a look…..

I would like to assure everyone, especially mum, that though it appears I am wearing the same shirt most days I am washing shirts every day at the moment! So they are clean(ish). 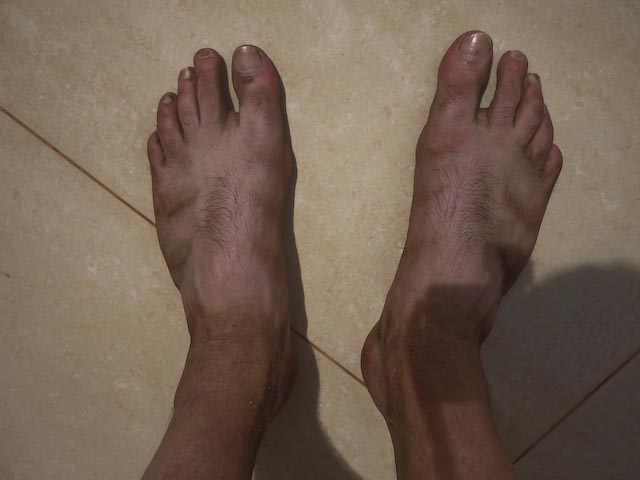