It’s Thursday, and three days later, as I write this and I’m bored (“I’m the chairman of the bored”, as Iggy once sung). I’m bored and frustrated and sick of lockdown and sick of being in a small flat with occasionally noisy neighbours. I feel like I cannot do anything or go anywhere; though obviously I can walk, but I am a bit bored with that too. Eleanor is working from home and I imagine she is getting bored with me moping around the place while she is trying to focus on work. I don’t envy her putting up with me. The heavy rain and wind yesterday did little to help my trapped feeling, though I did get out for a decent and spirit cleansing walk to the Domain and down into Newmarket this morning. I will write about that in the next couple of days, editing photos and writing these posts gives me something to do.

We moved from my sisters to an Air B n B we arranged back in April in Mt Eden on Saturday, so there are new streets to roam. We roamed a little at the weekend, though mainly to buy food and supplies for the flat. We are here for three weeks and I have concerns on the length of time we have left. I/we liked the flat, though it is not great as a work from home base, and the neighbours can be noisy. I am not a fan of noisy.

As Eleanor settled into her working day I got out of her way and went for a longer roam taking in the cone of Maungawhau / Mt Eden and the posh supermarket on Dominion Road. It was a nice walk and I am really glad I took some water with me (I often forget) as it got quite warm during the two hours I was out.

Since I left New Zealand 10 years ago the use of the Maori word for things, particularly places, has proliferated, with signs all over Auckland in both te reo Maori (te reo = the language) and English. This is a good thing and I will try to use both the Maori and English names where I can.

At 196 metres Maungawhau is the tallest of the 14 volcanic cones in Tamaki Makarau / Auckland, there are two cones on the hill and it is thought they last erupted around 28,000 years ago. The mountain was heavily used by Maori pre-colonisation and you can clearly see some of the defensive terracing and food storage pits, similar to those found at the Iron Age Loughton Camp in Epping Forest near where we lived in London.

A lot of the mountain was damaged during quarrying and the construction of a reservoir as well as the roads built to service those and take visitors to the top. There is a great 360 degree view of Auckland from the peak.

I took a few photos…

The central part of Auckland city, you can just see the building that houses the flat we are in, it is about a centimetre to the left of the base of the yellow crane at the bottom left of the photo.

We have taken a few walks around the area and have decided that we quite like the city fringe and are looking here for somewhere to live more long term. It would allow Eleanor to walk to work, and offers a range of walks as well as loads of cafes and restaurants; assuming they re-open. It is a bit more interesting than a purely residential area, and will be much less manic than the centre.

The view over the west, where I used to live in Green Bay and over to my beloved Waitakere ranges, along with a vary tasty looking localised shower!

I took a few photos of trees, as you would expect. 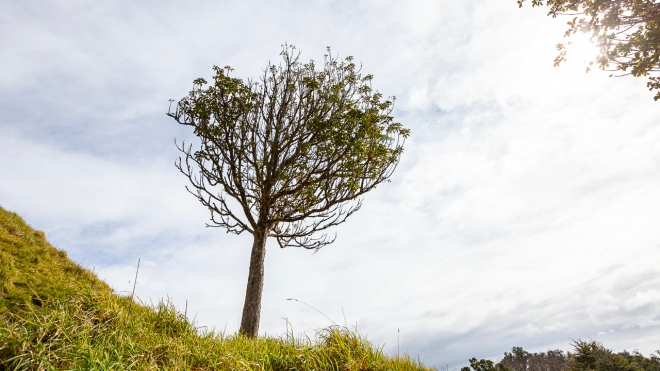 I walked up to the trig on the peak, there were a few people on the top, most were masked up, which was good to see. The crater is about 50 metres deep and people are not allowed to enter it as it a site sacred to Maori.

There is now a boardwalk around the crater and I walked round to the far side which has the view towards the city centre. I passed a couple of the ancient Maori food pits on the way. Like the ones at Loughton Camp, these do not look much, just grassed over holes in the ground, but they are an important connection to the history and heritage of Aotearoa / New Zealand. 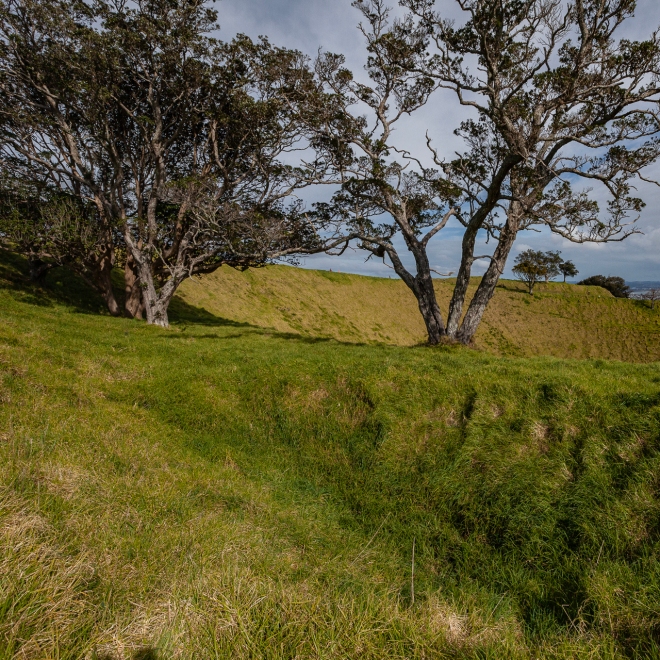 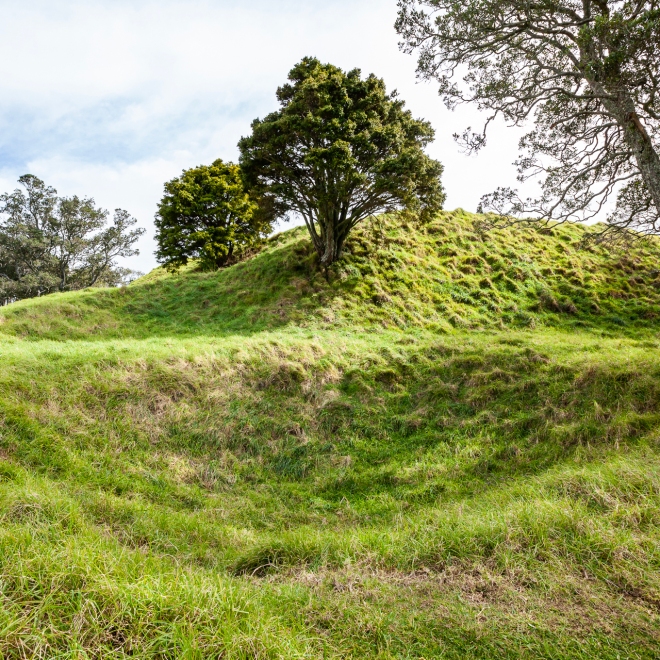 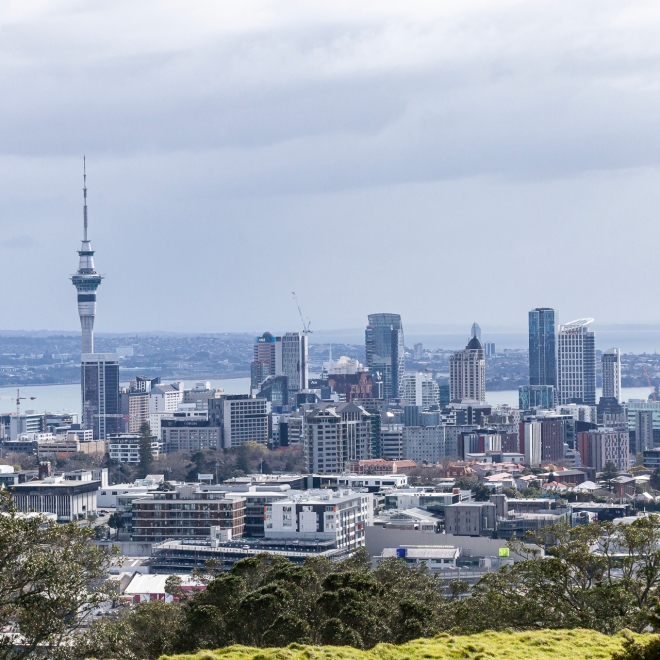 I took a small side path to a lower area of the hill, which was flat and I am guessing is a roof over the reservoir. There were these entrance hatches into the ground, something that always fascinates me. I am wondering if there is some sort of (not so) secret bunker under here and the authorities just tell everyone it is full of our drinking water so we keep away. I would love to look under one of those hatches, apparently they are monitored. Keeping the secrets.

I love how this pohutakawa tree is growing sideways, I am guessing it was blown down in a storm and has just carried on the fight for survival.

I found another side path to wander down that took me to Mt Eden village. I liked the handmade nature of the sign where the path ended and the road began, a change from all the plastic signs stuck all over the place. 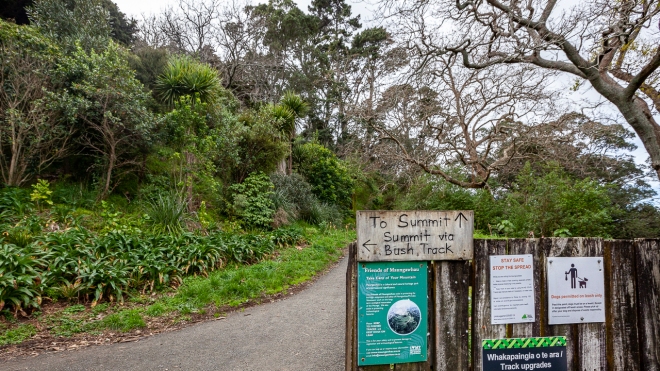 I walked for another hour, a loop down to Dominion Rd where I grabbed a few things for dinner before walking back home. I was a bit frustrated at the supermarket, with its large car park full of cars, yet there was nowhere for a person on foot to sit and rest, even the curbs were too low for comfortable sitting. It is just not good enough for a huge profitable corporate to not provide any facilities for pedestrians, just loads of space for bloody cars. No wonder so few people walk in this city.