Lousy sleep on Sunday night. Most nights these days I drop off quickly and sleep until soon after sunrise. I go to bed early, yet still do not get quite enough sleep. I try to grab those missing few hours in fitful bursts of dozing on weekend mornings. Sunday was one of those rare returns to the insomnia days of old. I don’t want those to return. I should have just gotten up and read my book, but I don’t do that, I lie there and let my brain race.

I was thinking about SE Asia travel, the places I did not get to, and the places I want to revisit. As it is me and the middle of the night I spent more time thinking on the things that didn’t go as well as I would have liked rather than the awesome bits.

These last couple of weeks I have been struck quite hard by the thing that impacts my life the most. I am sure there is a name for it, though I don’t immediately have one to hand. I am not alone in suffering from this malaise. I have lots of plans, ideas and desires, I mean to do things. I just don’t. There is a mix of miss placed guilt, laziness, tiredness, lack of motivation and lack of drive; a missing will power. Though I am not that lazy, I do have some motivation and some desire. Just not enough. I am not driven and I lack self-confidence.

These things manifest themselves in different ways. I have been meaning to ring my aunt and uncle, neither who are well, to see how they have fared through the covid pandemic. I have not. I mean to email mum more often, I don’t. I mean to do more exercise and take more photos, I don’t; my photo book of Africa is a pile of prints in a drawer. This has long been the way, and I don’t know how to resolve this; or know if I truly want to.

These things impacted on my SE travels in a variety of ways, I spent way too much time on my own in guesthouse and hostel rooms, and didn’t do some things due to lack of belief in myself. Having said that, I packed a hell of a lot in during those five months and did significantly more than I thought possible. Next time will be better….

Sunday
I am really enjoying Sundays. I had a video call with my sister firstish thing which was a good start to the day. The rest of the morning was spent blogging and doing not much, Eleanor I walked when she finished work in the early afternoon. It was a bit of a directionless and vaguely listless walk, though being outside was good enough. We are both a bit bored of walking around Walthamstow. 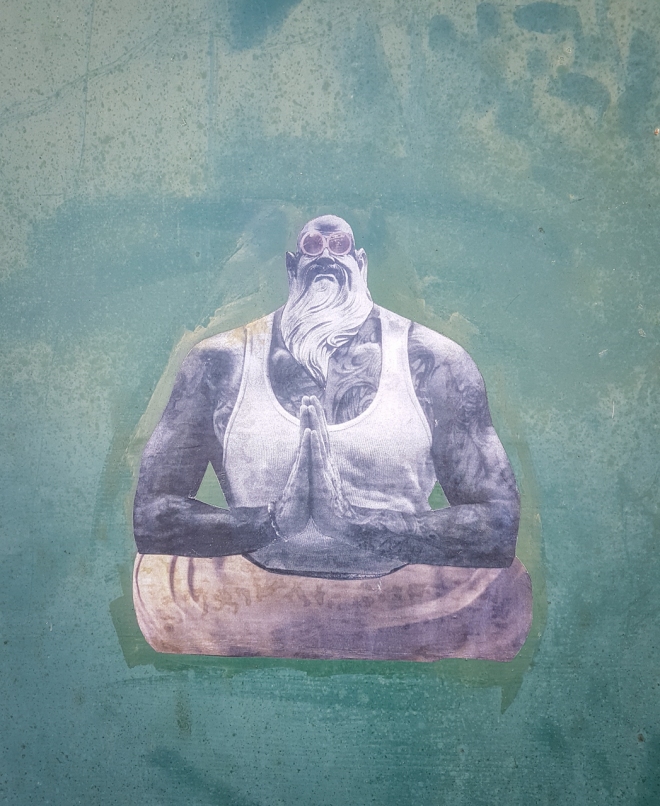 I like noise, it is most of the music I listen to.

I read a bit in the afternoon, continuing the book of short stories I recently started as well as starting to reread Stephen King’s book on writing. I have so many books on the go at the moment, yet still ordered two more novels this afternoon, second hand and cheap. I must spend less time on this computer and more time reading the books I buy. Another commitment I will fail to achieve I suspect.

In a burst of enthusiasm, driven by Eleanor, I finally hung a print from my photo exhibition 15 months ago in the front room. I have now moved another into the hall, ready to hang in a few months time. 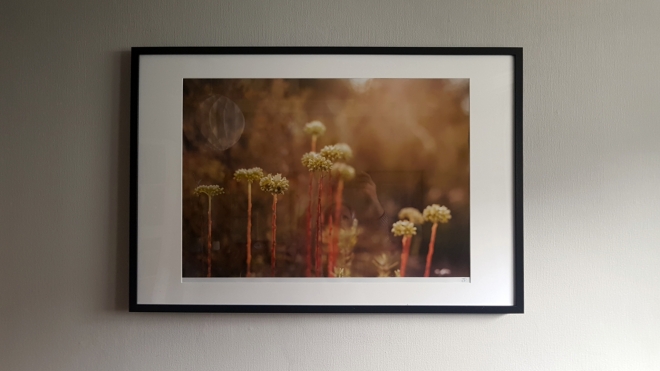 Late in the afternoon I grabbed a can of IPA and moved to being in front of the telly, I started watching a programme on Asian rail journeys and then watched three episodes, drinking the can of beer. followed by two gin and tonics. This started me on looking at posts from 8 years ago when I was travelling. I now have decided to do a ten year anniversary trip to SE Asia to visit the places I missed last time. I would love to think I could and would take another five month journey, though suspect this will be more of a three week quick hop. I have 20 months to come up with a plan and save for it. Hopefully we will be able to travel again by then. I miss travelling.

I spent some time over the week looking at old posts and reminiscing, mostly fondly, on my travels. The travel lust is still there.

Monday
Bad night, the first night in ages when I just could not get to sleep; brain race. I was thinking about holidays; what to do this summer, as well as thinking about this 10 year anniversary trip. I also thought about Kevin and Phil, who I met in Vietnam at Dan and Van’s wedding and who are both sadly no longer with us. They loved travel and let nothing stop them, I was envious of their ambition. I still woke early, not long after the sun made its unstoppable journey around the edges and join of the curtains.

I did get up for a walk this morning, I wasn’t going to, but I felt bad as I also spent some time last night thinking about my laziness and general lack of ‘get up go’. So I got up and went. I started listening to a new punk rock podcast while I walked, two blokes talking about music. I enjoyed it, and have a bunch of bands I don’t know to listen to and add to an ever growing punk rock playlist. The YMCA gym in Walthamstow that Eleanor I both went to for a while some years back.

The book I ordered about The Luddites arrived today, with possibly the smallest print I have ever seen in a book. This is the last book I need for background for the novel, I think. I started writing a (very) short story, my aim is to write at least something each day, hopefully something useful; though anything is better than nothing. 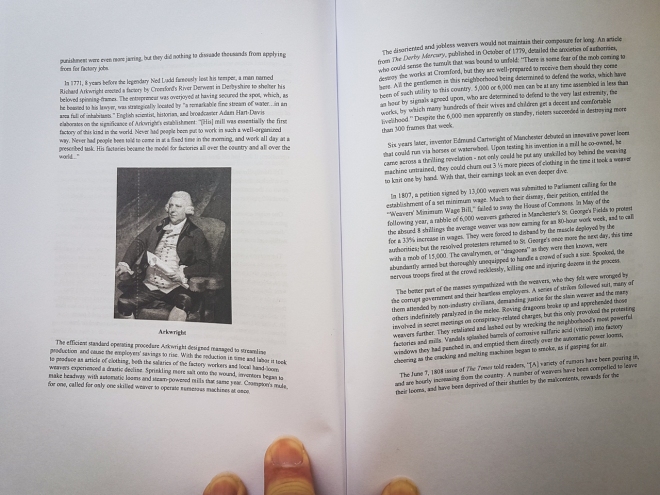 Tuesday
Walked again and listened to another podcast punk rock episode, this time about the band Fugazi. I listened to them while I worked.

It is hot (UK hot, not hot place hot) today; shorts and t-shirt all day and no socks except for both times I walked. I have gotten very used to not having to iron any clothes and wearing a shirt with a collar is but a distant, and unhappy, memory. I am not looking forward to going back to the office, when ever that will be.

This Baptist church on my morning walk reminded me of the Christian churches I saw in SE Asia, or is that just me projecting?

I nipped out at lunch time to see if I could find a new notebook for work. There were a lot of people out in Walthamstow High St; not many wearing masks, or even vaguely interested in social distancing. As suspected none of the book/stationary shops were open and the queue at Wilco was massive. I went home and ordered two online. I still like to write notes, and pencils arrived yesterday. I have used pencils for writing since early school days. It will be easier to erase errors, or bad ideas. 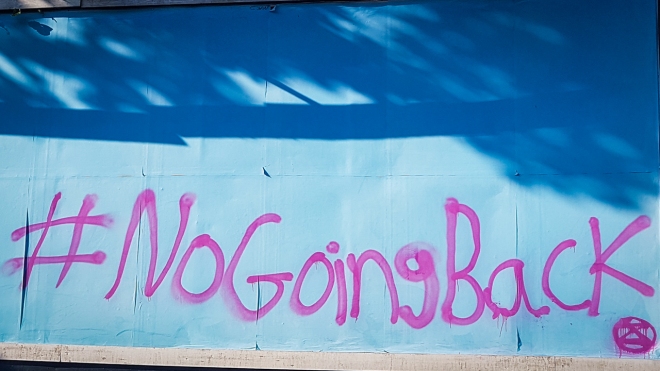 Wednesday
Awake early, coffee at 6:00, walking before 7:00, Eleanor joined me this morning. It was nice out, apart from the pollen which was really bad. My eyes felt like they were full of grit before we got to the end of the road and I spent the morning streaming, sneezing and blowing. 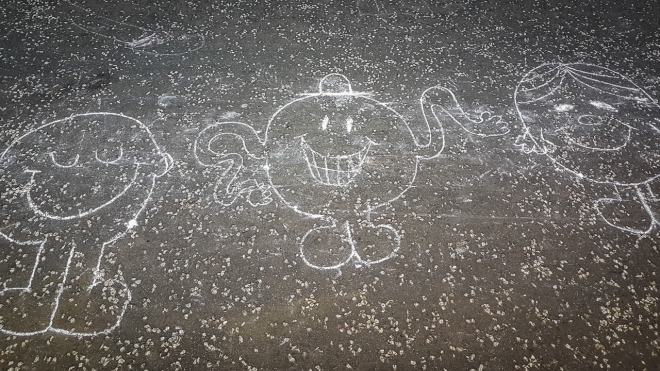 Work was OK, busy again, though I finished dead on five and cracked a can of APA and did some flat related stuff, there is an online residents association board meeting on Tuesday evening. I am contemplating going to the flat on Monday for a few days, we have had some great weather and I want to be by the sea and enjoy walking somewhere different.

Thursday
I woke this morning to news that New Zealand band Bailter Space had released three new tracks, their first new material in ages. I was very excited by this.

I didn’t go for a walk, but I did listen to music and then had seven meetings. Thankfully I have tomorrow off. Monday is a bank holiday, so no meetings for four days. Hell yeah!

I heard from my mum today that my late dad’s sister Barbara passed away yesterday. She lived in a care home in Canterbury. I don’t know if it was covid related, assuming and hoping not. Care homes, their staff and residents have been scandalously treated by this government throughout this event. I doubt I will get to say a final goodbye. I loved Aunty Barbara, she was the one responsible for my love of Arsenal Football Club, she had a fabulous sense of humour and was a wonderful warm and caring person. I regret my slackness in not seeing her, or the rest of my UK family as often as I should. Oddly, I wrote the opening of this post well before receiving this news.

I have the day off work and Eleanor does not work Friday. Now the guidance says we can drive as far as we like for exercise, we drove to Epping Forest for a walk in the trees. All the parking spots near High Beech Church were blocked, but we lucked onto the last space in the park over the road from Butlers Retreat and did a short loop walk in Warren Wood. It is very green at the moment, there is almost no other colour.

I also took the Polaroid for its first outing in a while. 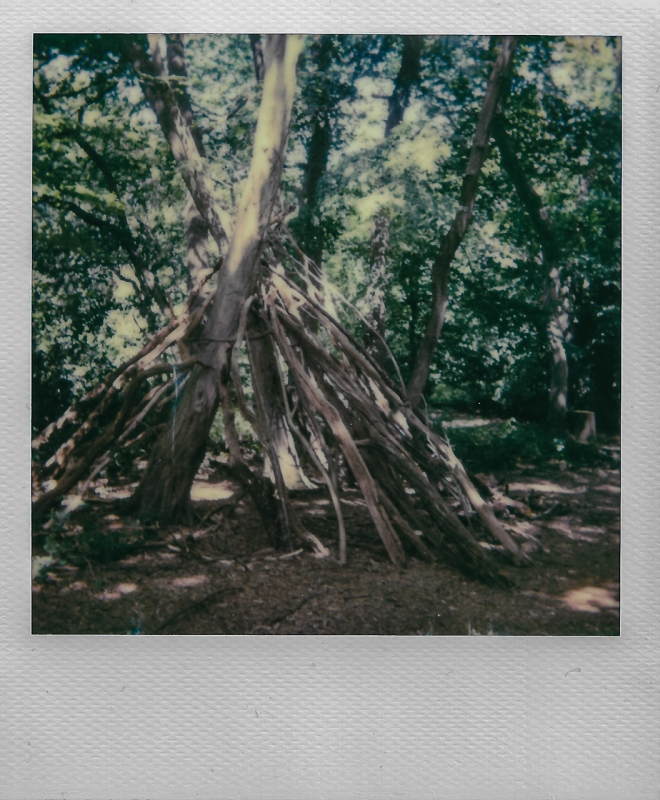 In the evening we had an online dinner party with friends, both cooking the same meal, drinking the same style of wine, all finished off with cheese and crackers. It was good fun, not as good as being in the same space, but nice to share food with friends.

Saturday
Surprised to not be hungover, the benefits of drinking wine of a higher quality than usual. Admittedly I still did very little with the day. One short walk was about it. I did read a lot though, almost finishing two of the books I have on the go, so maybe things will change. There is always hope!

This will likely be the last of the weekly posts, 10 weeks of writing about not doing much is enough and I am boring myself with the content, I cannot imagine what is is like for those who read this.  However, it is good writing practice and I am using some of the techniques I have been reading about; for instance this post is much shorter than the draft and I have tried to remove surplus words, I think with some success.