A quick post, I am trying to catch up with a big backlog of photos I have taken in various places. As I commented in the last post I am going through a ‘cannot be bothered with the blog’ moment. Admittedly the blog has lasted way longer than I expected, so I am not killing it off.  At least I don’t think so anyway.

Beyond his life as a Phd student El’s eldest son, Joe is a playwright, magician and theatre producer. He has been producing a show at Edinburgh Fringe for the past couple of years. This was the first year I have actually been in the country while Fringe is on, and able to visit. Edinburgh during Fringe is mad; and massively expensive. We had a packed couple of days ahead, starting with an early morning train. Train travel in the UK is an interesting thing. Highly and often deservedly derided, it can be extremely expensive, is often utterly unreliable, can be crowded and uncomfortable, but when it works it is brilliant. Today worked. The journey to Edinburgh from London is one of my favourites, booking early and travelling first class makes it that much more enjoyable. I can eat and drink the cost difference with ease.

We arrived early afternoon Friday with enough time to get to the small theatre for Joe’s first show ‘Creating Rumours’, a play set during the recording of Fleetwood Mac’s album ‘Rumours’. People who know me well, will know that this would be a real test of love. I fucking hate Fleetwood Mac, though I mostly enjoyed the show. The funniest thing about it was Joe with curly hair.

In the evening we went to see the stand-up comedian Reginald D. Hunter in a pre-festival warm up show. I have not seen or heard of him before, though El assured me I would enjoy it. She was right, I did. He was brilliant, if a little unpolished. This was a pre-fringe warm up and tickets were cheaper than they would be in the full show, he did acknowledge he was refining material and somethings wouldn’t work.

The walk back from the edge of the old town to our hotel in the new town was pretty special. Edinburgh is an amazing city, I love the place. It looks magnificent, the people are brilliant, it is busy, it buzzes, there is great food and drink, and, yeah it is a good place to be. Unless you want sleep. Then forget it… 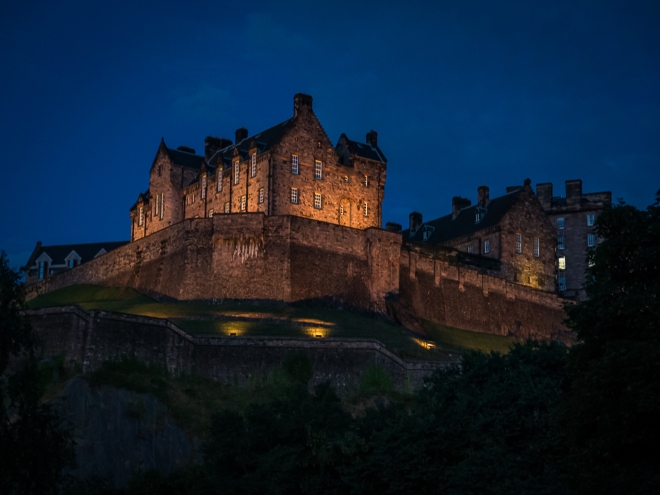 On Saturday morning we visited the ‘Rip it Up’ history of Scottish pop exhibition at the Museum of Scotland. I 98% liked it. They had also made a three part TV series that we had seen, it was pretty good, though it had missed a lot of music I like, some of which was covered in the exhibition. However…. Why were The Exploited not mentioned once? Scotland’s finest and most enduring, and maybe even endearing punk band. Great to see Mogwai were represented though. 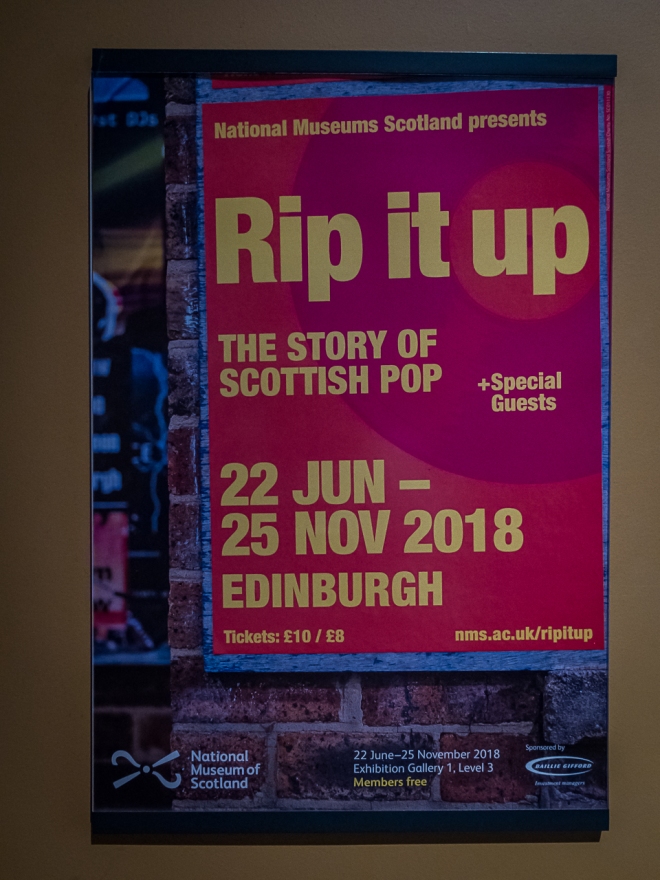 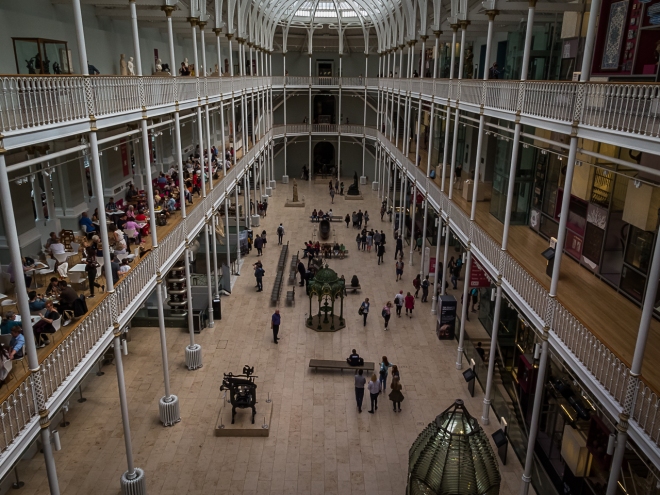 We took a long walk around the old town for a couple of hours before going to see the second of Joe’s productions ‘Strangers – Pairs’ a series of two piece magic vignettes. Much more my cup of tea. 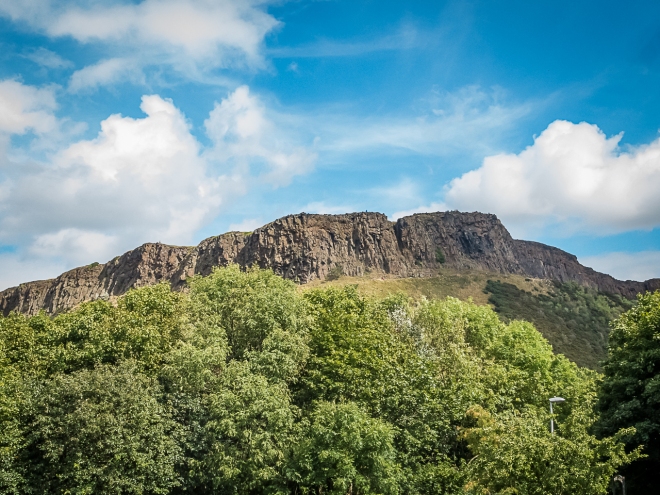 That evening we went to see David Doherty, another stand up comedian. Unlike last night this was the proper show and it was utterly brilliant. I enjoyed last night, but this was another level of excellence. I laughed, a lot.

The sunset, and fireworks on display as we crossed the North St Bridge were amazing as well. 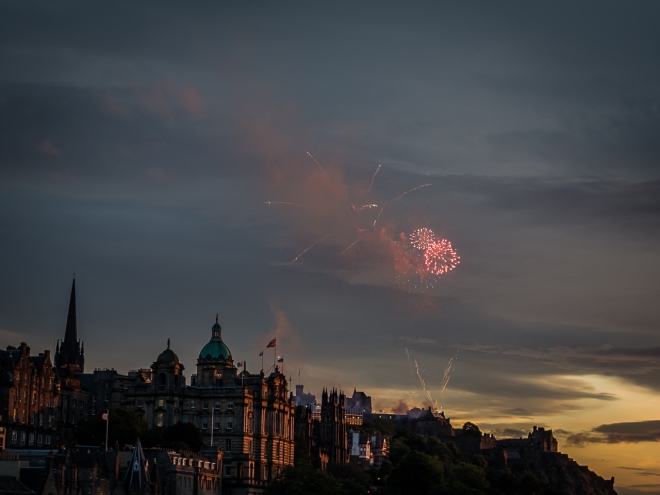 It was another relatively sleepless night, I got up once, around 3:00 as I thought someone was being killed in the street outside, the screaming was terrible. It was just idiots. My love for the city centre was waning. You know you are in a hotel that caters for a different market when there is a bottle opener screwed to the side of the desk!

On Sunday morning we visited the Scottish National Portrait Gallery. I am not a big fan of portraiture, which I guess is reflected in, the often, absence of people in my photos, however I really enjoyed the gallery. Designed around a history of Scotland, the paintings and the corresponding notes on the artist and the subject were informative, had a consistent narrative and made sense. The light was amazing and I convinced El to let me take her photo, again.

And that was it for Edinburgh. A quick weekend, lots of food, a whisky or two, some shows, some overcrowded madness, little sleep, but still, it is a great city. Fringe is madness, maybe not my thing, too many people, too expensive, but there is a big buzz in town and who can argue with that!

Back to Edinburgh Waverley Station for the train home. More lovely light and a last portrait or two. 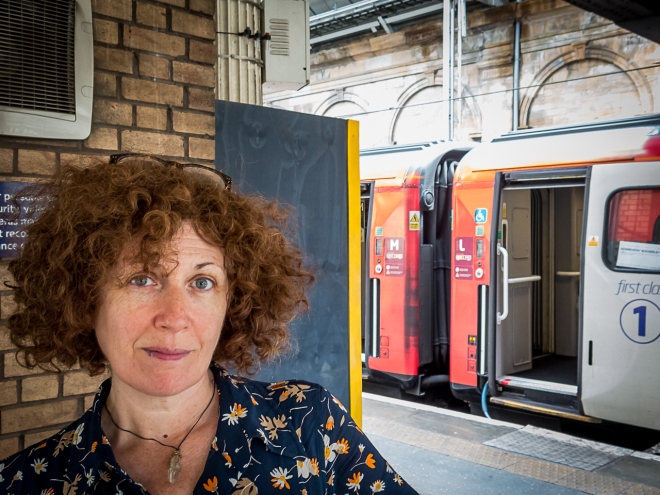 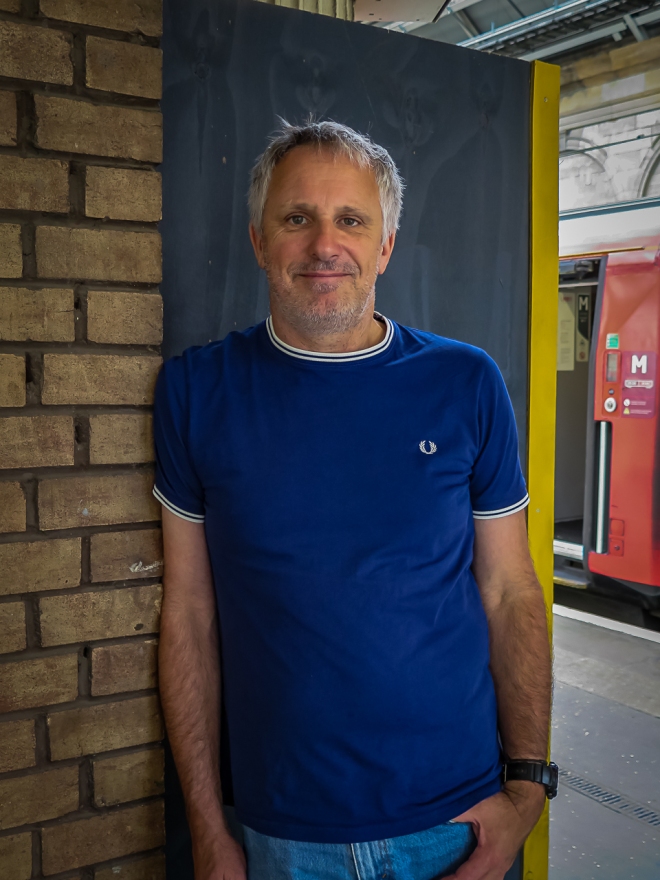