When I started thinking on this post it was going to comprise a number of semi random images taken during June. However, I could not put together much of a thread for the images beyond ‘All taken in June 2018’, and well, some of them were a bit crap. This post thread has now reduced to images taken on a single walk.

On and off over the past three years I have been visiting towns and villages outside of London, looking for somewhere that I would want to live, and that I can afford to live in. There have not been many. Long term readers (are there any? If you are one “Hello, and thanks ” 🙂 ) will know that I was looking quite seriously at Folkestone back in early 2016. Sadly Folkestone was ruled out with the MEP (Member of the European Parliament) election, where the right wing UKIP party won a number of seats in the European Parliament; and then Brexit happened. Folkestone and its surrounding areas were pretty Brexity, this was something I was not happy with so I subsequently wrote Folkestone off as somewhere I wanted to live.  Hastings, however has come back into the picture, and more of that in near-future post.

Anyway, that was a long preamble, and almost, but not quite pointless. Much as I am trying to find somewhere else to live part time, it has to be said that that has nothing to do with the city I live in. I do actually love London, and do not ever see myself not being in or near the city. There is so much to love about this city, access to concerts, to galleries, its history; and its architecture. Today El and I visit two of those things.

Tate Modern has a couple of really interesting exhibitions on at the moment. As members we get to visit these exhibitions for ‘free’, more importantly we get to visit them an hour before the public. This is crucial as sometimes these special exhibitions can be packed, even with a £16+ per person entry. The Picasso 1932 exhibition was very busy even before the public viewing, I am very glad we got in there early! There was some interesting work there, but with a single year focus the broad range of his work was not on display, it was not the best Picasso event I have been to.

The second exhibition we visited was ‘Shape of Light – 100 years of photography and abstract art’ combining painting, photography, and other light manipulation techniques. I will admit to being a bit disappointed, mainly because I misunderstood the subject. It was OK though. This was the first time I have been to an exhibition where photography was allowed, not sure if this is a new thing, or just for that particular show. I liked the idea and took a couple of pictures. I particularly liked this doorway…

This final room was by far my favourite, and seems to be the subject of a number of Instragram posts. A wonderful moving abstract piece by Maya Rochat.

The other great thing about having Tate membership is access to the various members lounges for food and drink, in relative peace. There is a great members lounge on the 8th floor of the new wing, so taking a detour via the free exhibitions we took to the members lounge. This piece ‘Babel’ by Cildo Meireles is quite amazing, and quite loud. At 4 metres(at a guess) tall and with hundreds of radios tuned to different stations it is quite disconcerting; and very aptly named.

This is Terry, according to his Starbucks coffee. I always try to take a picture in this section of the members lounge, the view down this narrow and beautifully lit passage is one of my favourite bits of the building. 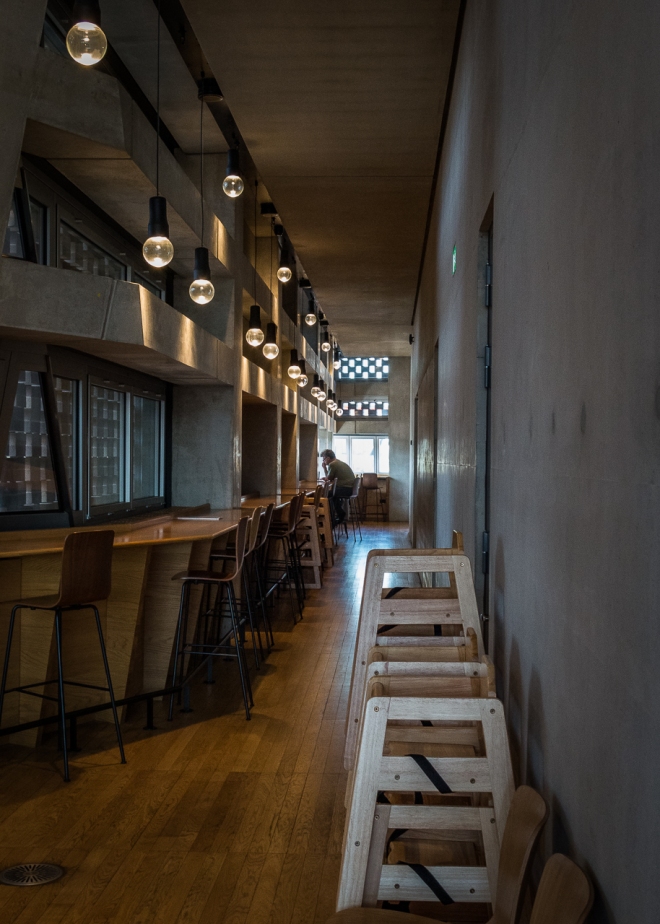 After coffee and cake we decided to take a walk from one key London location for brutalist architecture to another; South Bank to The Barbican. The new wing of the museum is amazing, in fact architecturally, both buildings are amazing, I am going to have to come here on my own one day and spend some just taking photos of the building itself. I love it. A lot. 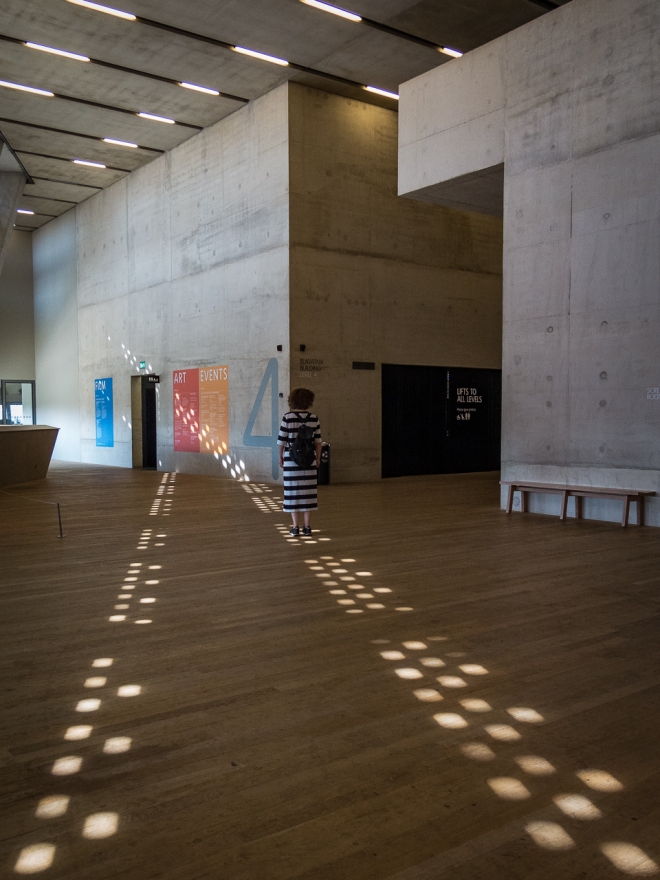 There are a lot of solid, angular, concrete buildings between the Tate and Festival Hall, including this block of flats that used to be on my courier run when I lived here in the 1980s. 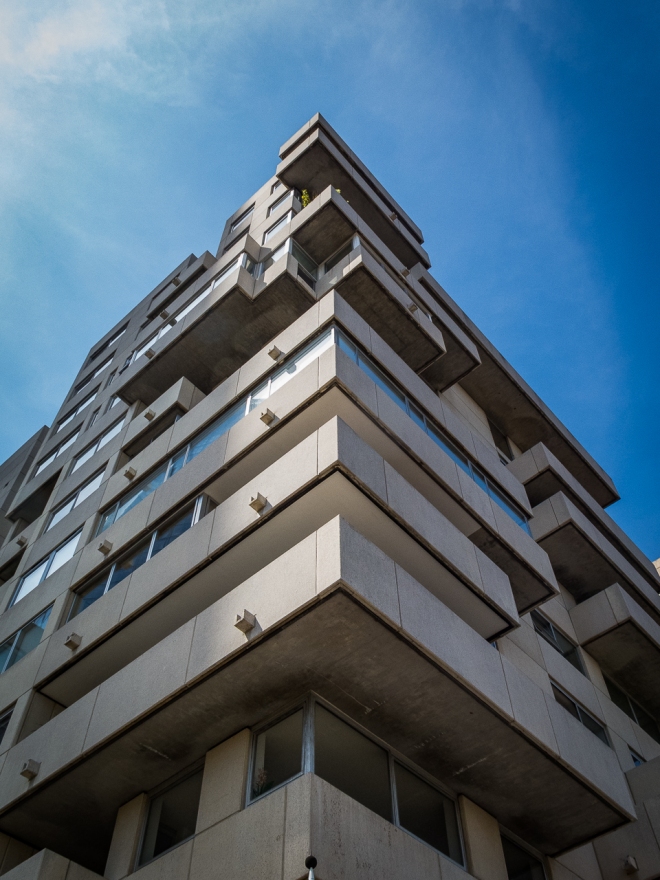 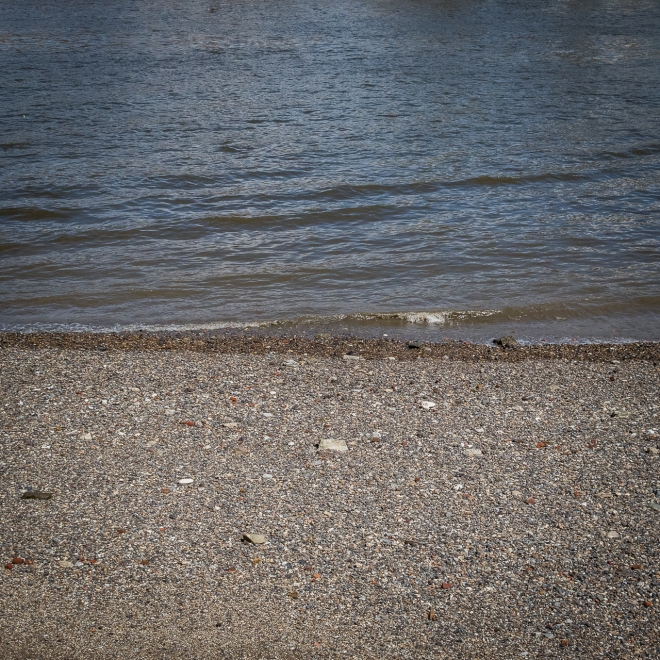 The Barbican Estate was built between the 1960s and 1980s on old WWII bomb sites, there is still building going on around the fringes of the estate as, with new buildings being finished on London Wall. I love the Barbican and the area around it, my cousin lived in one of the towers in the 1980s and I visited a couple of times, the view from her flat was magnificent.

The Barbican Estate is the classic example of 60s brutalist architecture. Being a private estate with relatively (and very) wealthy residents, means it is well maintained and its fine sharp, industrial looks are not marred by decay. 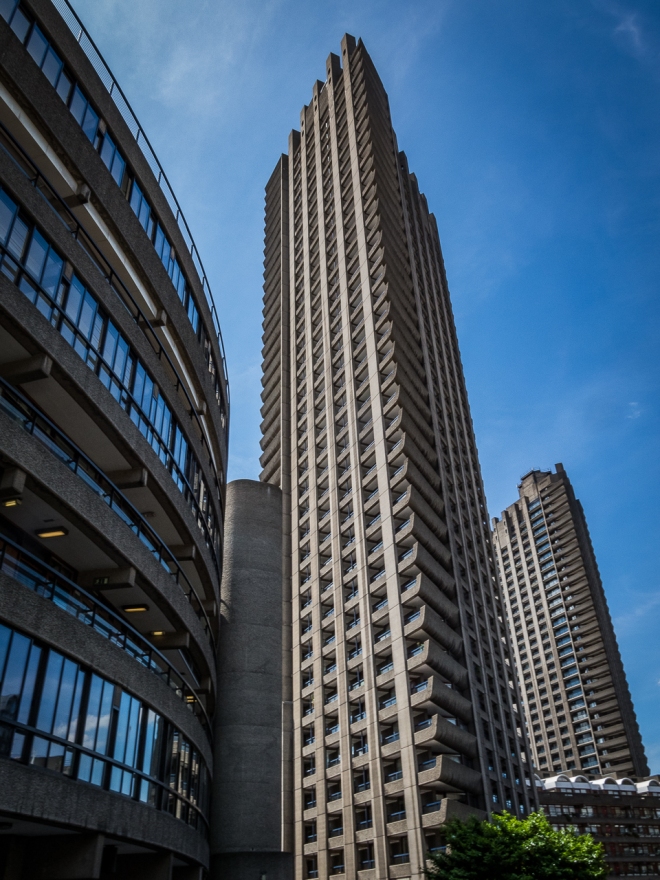 I have been here a few times before, usually with EL or other friends, not usually with much of an opportunity to use the camera. I grabbed a few photos today, trying to catch the lovely late spring flowers against the sharp angles and dirty brown and grey concrete.

We stopped for a drink and very nice lunch in the Barbican Centre before wandering slowly to Liverpool St Station and on to home. A really nice end to a great morning.