In a tight clump of holly trees I once discovered an old dining room chair, alone and discarded, missing the companionship of its fellows chairs and the table itself. After an unsuccessful mission this morning to find ‘the skull tree’, I had resolved to at least re-finding the chair. This too proved to be unsuccessful. As I was crashing through a small, dense and tangled thicket of undergrowth, I spotted a very dark fox ambling through the snow in a clearing in front of me. Giving up on the chair, I forced myself clear of the holly and into the clearing. Hoping at least to find some fox prints in the snow that I could follow, in some sort of primitive huntery way. Though I was only armed with my camera.

Unlike two weeks ago, the snow was not thick enough to leave trace of light footed passers-by and my brief urge to be primeval man was over. Standing up I was looking around trying to work out where I was and spotted the back end of at least two small deer skipping away from me. I stood and watched until they disappeared from view, then spent ten minutes trying to find them. To no avail.

I did take this picture in the location I stopped looking. It is my favourite from the day.

The beast from the east made an unexpected and unwanted return this weekend, dumping a light load of snow on to London, most of which fell late on Saturday afternoon. Sunday was cold, much colder than two weeks ago, so I anticipated the snow lying on the ground for longer that it did on my last visit. Even if it didn’t last, going for a walk in the forest is always a good thing.

Last weekend, El and I went to a book reading and talk by the author Will Ashon. I enjoyed his book Strange Labyrinth and its stories of Epping Forest. On the cover of the book, and mentioned in its pages is a small skull carved into the trunk of a tree. I have tried, and failed, to find the tree before, and the talk inspired me to try again today. I had a broad idea where to look, but no specifics. In the questions after the talk I was assured it existed, but no further details were given.

Though I had to clear a light dusting from the car first.

The skull tree is supposedly not far from Loughton Camp so I parked the car nearby and set off, wrapped up warm as I was quite cold. Fingerless gloves to operate the camera not quite adequate enough while not under trees. 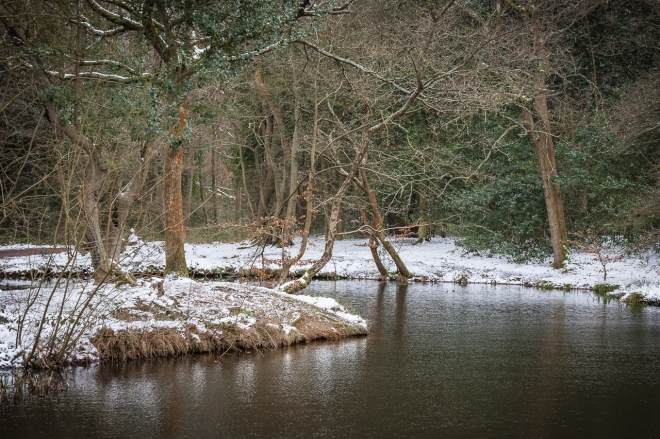 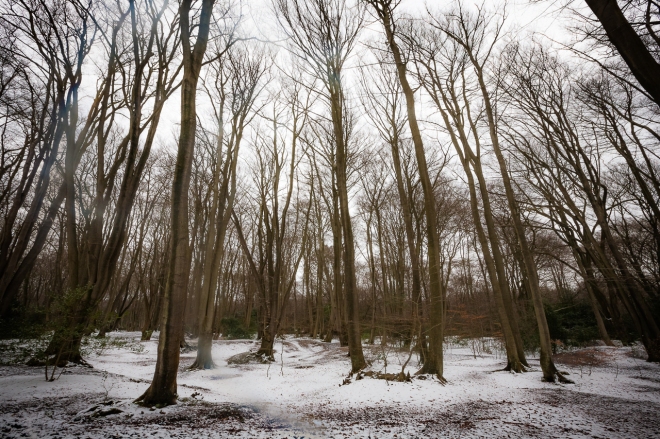 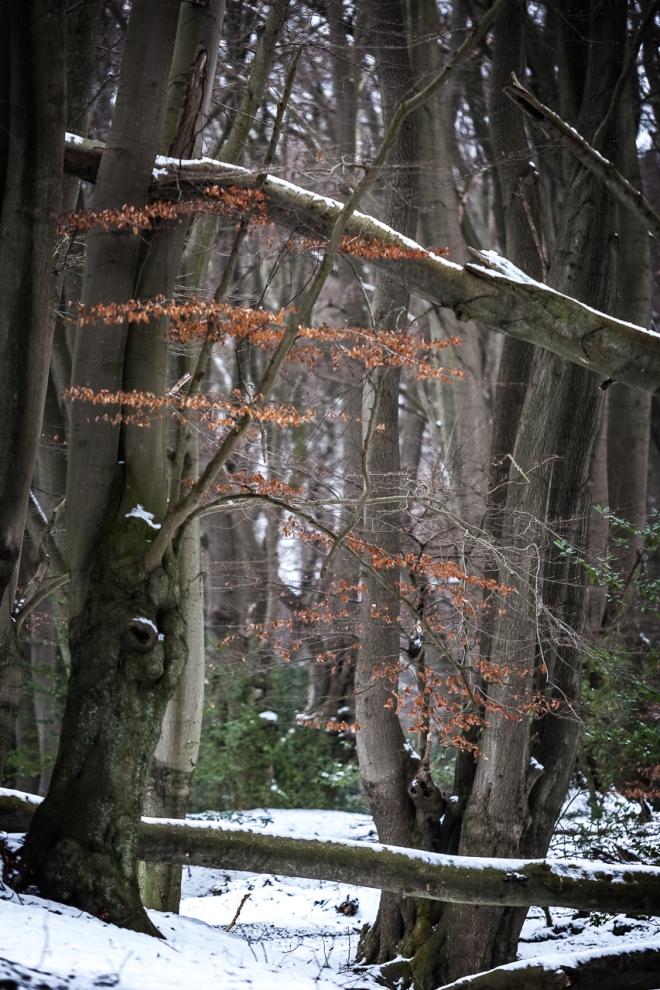 Crossing over to the ‘lost pond’, I meandered around the trees for a while, not straying too far from trails, in the assumption that Will must have found the skull tree while walking on a path. I found lots of trees with writing, but no skulls.

I also found a summertime camp, looking long abandoned, and a small group with packs and furled away tents who looked like they may be nomadically living in the forest.

I was getting quite cold wandering around the lost pond area, and felt uncomfortable taking pictures if people were living in the area, so paid my respects to my favourite ancient tree before starting to walk back towards the car, though following a snow covered forest trail rather than the path. 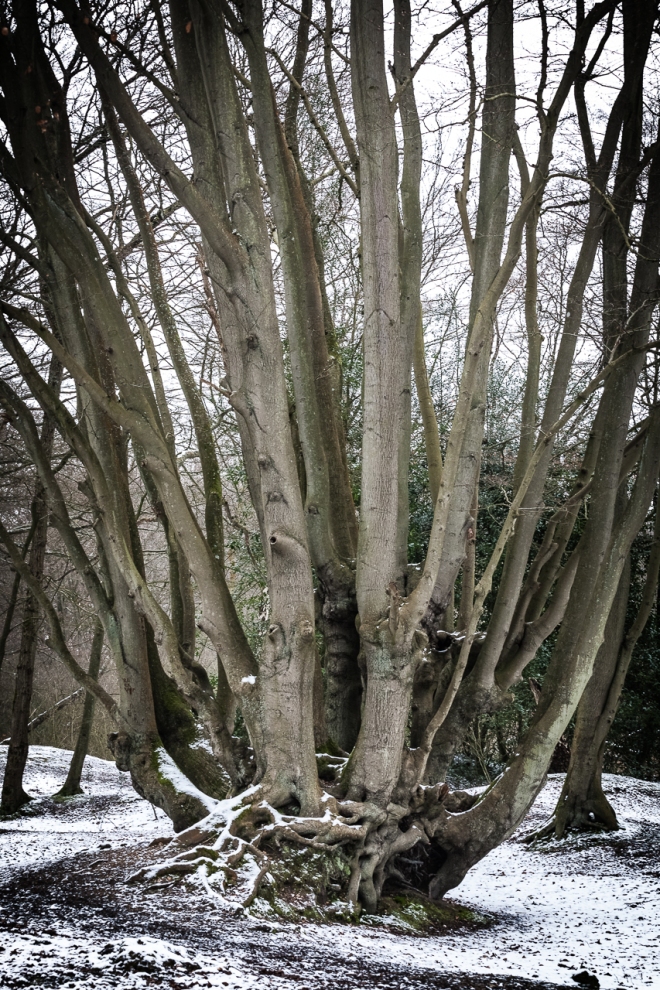 I stumbled across the romantically named Loughton Brook Storage Pond, a place I have never been to, and then followed the brook back down to the car. 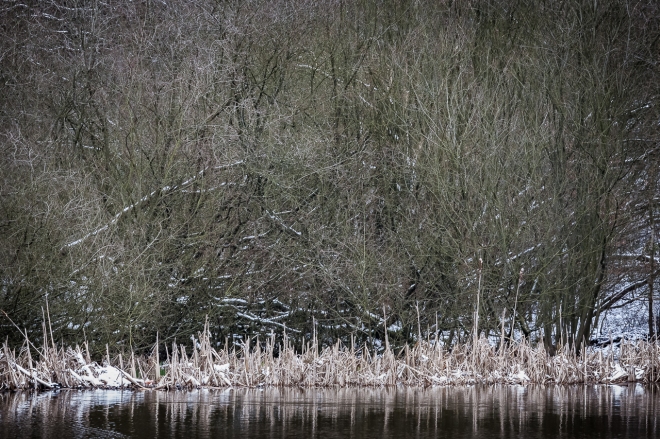 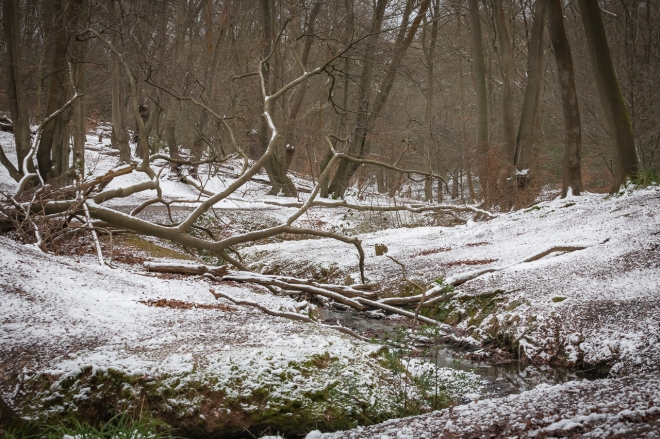 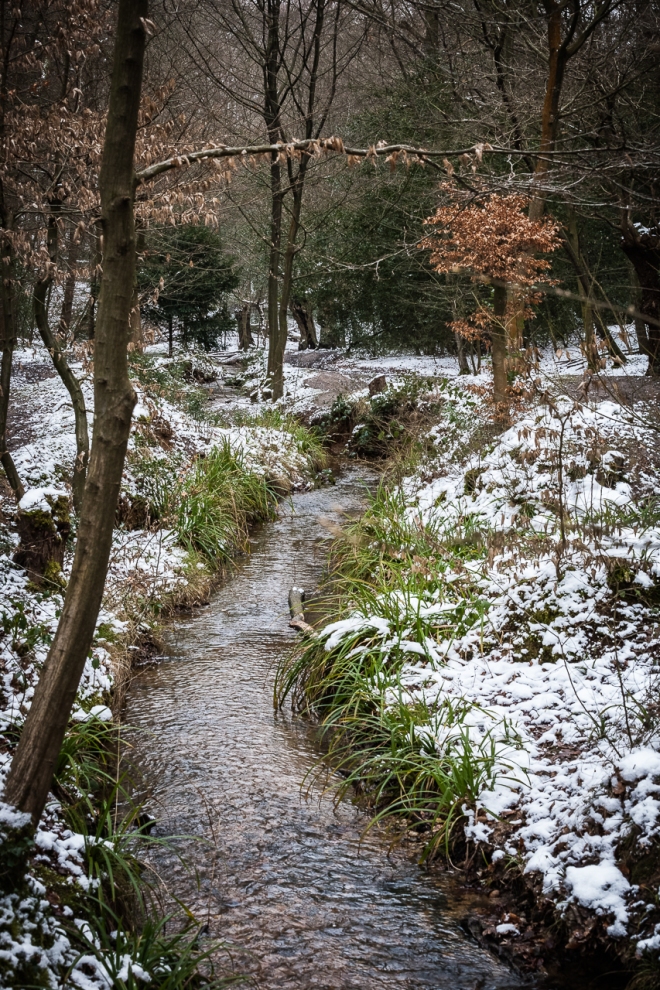 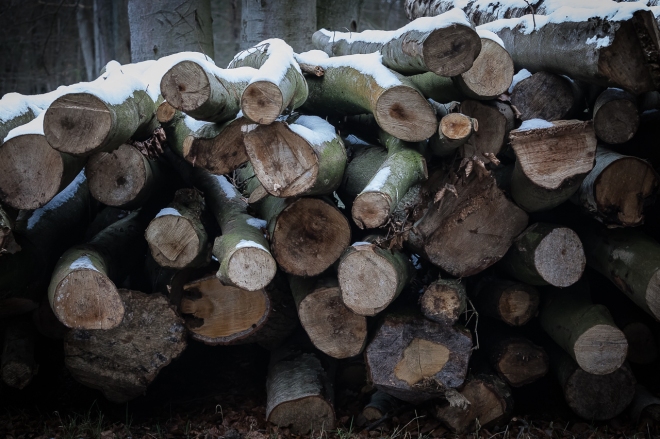 Before heading home feeling unsuccessful with not finding the skull tree, I thought I should try and find the old chair I came across back in summer, buried deep in a holly grove. I wanted to see it covered it ice and snow.

Leaving the mandarin ducks in the northern of the two Strawberry Hill Ponds I took to the trees again to find the chair, which takes us back to the start of this post, and a further lack of success. 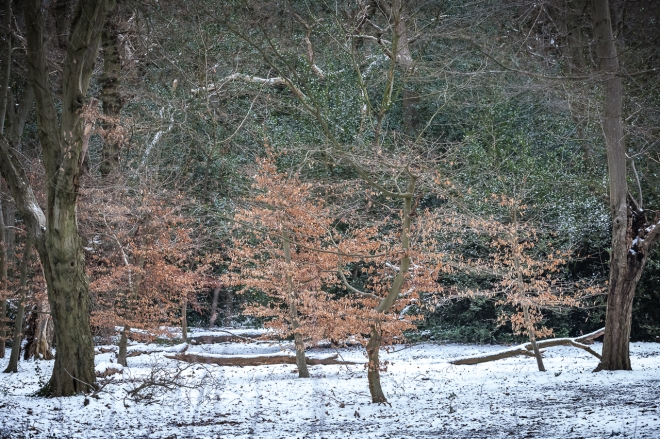 I was quite cold by now, and getting a wee bit hungry as well, so after taking a couple of photos around the larger southern pond, I took to the main path, and went back to the warmth of the car. Next time I bring food! 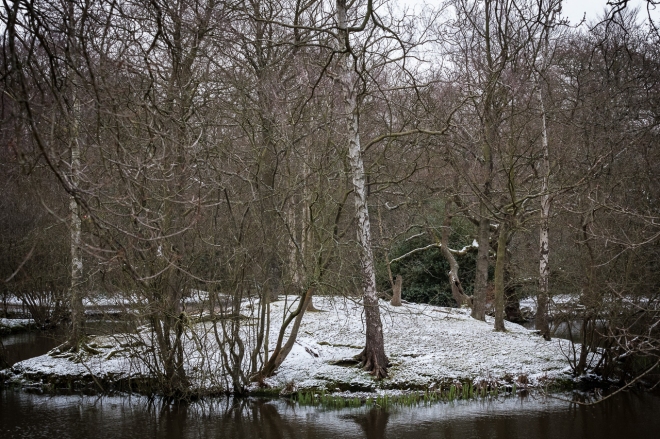 2 thoughts on “On the hunt for the elusive ‘Skull Tree’”