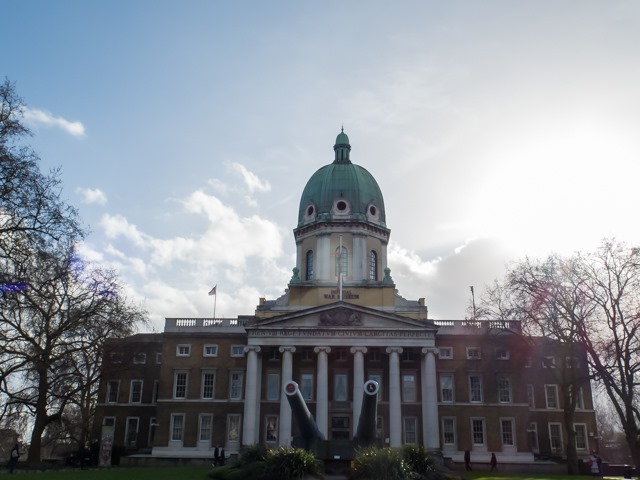 One of the many topics discussed over a very long new years day lunch was the pending exhibition of photos from Lee Miller at the Imperial War Museum, ‘A woman’s war’. The exhibition was showing a series of photos that acclaimed model, Vogue photographer and then war photographer, Lee Miller took during the second world war. A number of us were interested in going, so using the power of BookFace I organised a group outing, and today was the day.

A group of us met at Walthamstow Central, in a bitterly cold wind, to take a couple of tube trains under London and the Thames to Lambeth North. I love the Imperial War Museum, and have done since I was a child, though I have only visited a couple of times since I have been back in London. 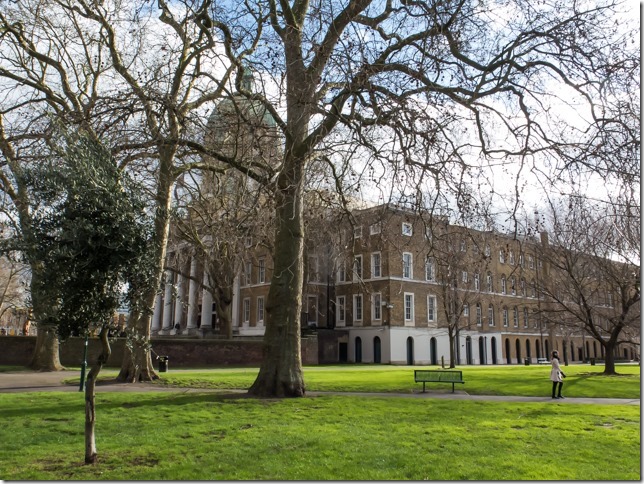 Lee Miller started her career as a model in New York in the 1920s before moving to Paris to study photography under the tutelage of Man Ray. While in Paris she got to hang out with some very influential and interesting people, including Picasso and Cocteau, who she modelled for. At the outbreak of WWII Miller was living in London and became a photojournalist for Vogue, documenting life in London during the blitz – where a lot of the images in the exhibition were from. Working for Conde Nast, she was the first woman photographer to arrive in Normandy soon after the allies landed in June 1944 and spent much of the next few years documenting Europe to and beyond the end of the war. She visited and documented Dachau and Buchenwald concentration camps soon after they were liberated, which led to what is now called post traumatic stress disorder which affected to some degree her for the rest of her life. She passed away in 1977.

The exhibition was fantastic, some wonderful photos of life for women in London and its surrounds during the war, as well as images taken in Normandy and Europe. This was not a celebration of war, but a record of the tough conditions that women lived and worked in under during the war, and how they managed to enjoy what time they could. Like so many exhibitions I have been to, it was really well done and thoroughly interesting.

We did not linger in the museum after visiting the exhibition, I will have to visit again, but I did take a couple of photos as we were regrouping. 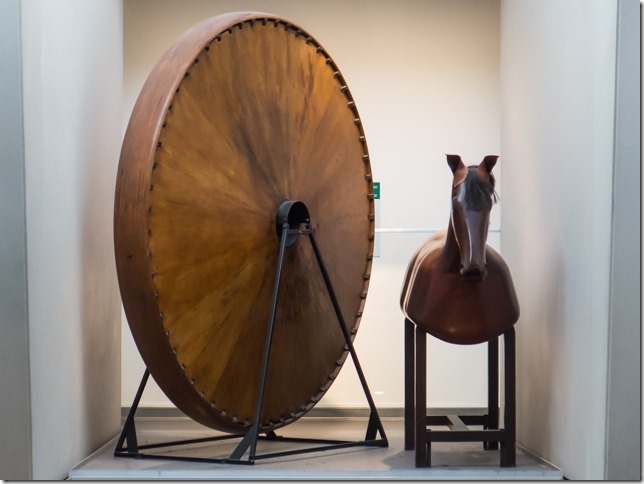 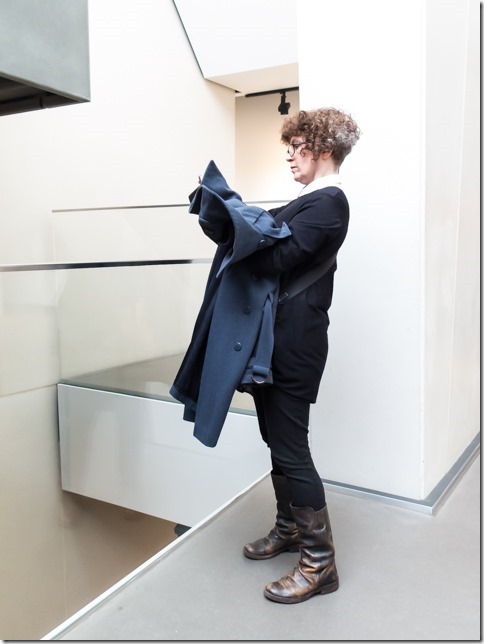 Lee Miller spent a lot of time driving around Europe in a Jeep, during and immediately after the war. I bet she would have liked one of these ! 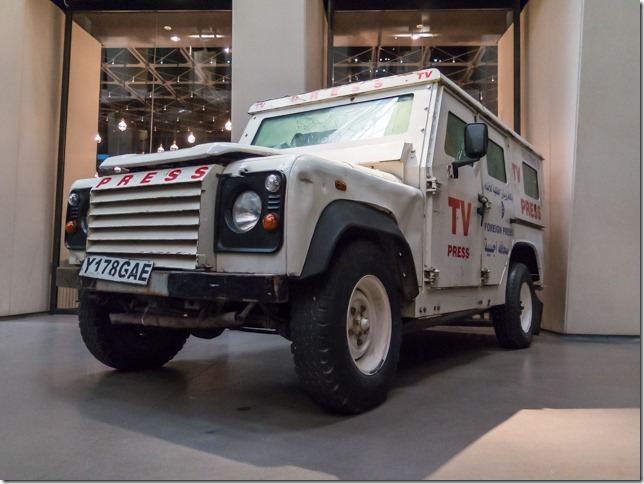 On the way out we were talking about the number of V1 and V2 missiles that landed in London during the war, a number landed in Walthamstow. There is an alley in our street that was formed when a V1 landed on, and destroyed, a house that was in the middle of a terrace.

As we were talking one of the museum staff came up to offer his help in our discussion and we had quite an interesting chat about the missiles that were launched at London. Informed, helpful and friendly staff – nice one Imperial War Museum!

Both my father and I worked on the Harrier jump jet. My dad’s time was way back in the late 60s working as a coppersmith for Hawker Siddeley in Kingston on the aircraft prototypes. In 1986 I worked in the same factory as him; surprisingly, with some of his old colleagues, but under British Aerospace. My job was less exciting than his and for some of my short time there I fitted the rotating vertical take off nozzles under the plane. It was a horrible and under paid job and I left after six months. I still have a soft spot for the aircraft though, and it is nice to have another connection to my dad. 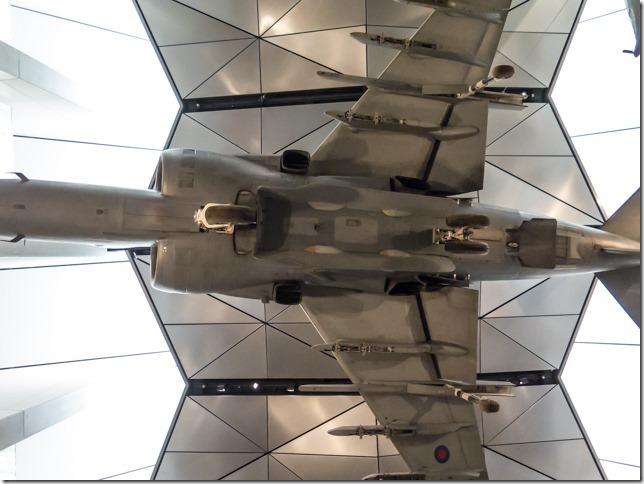 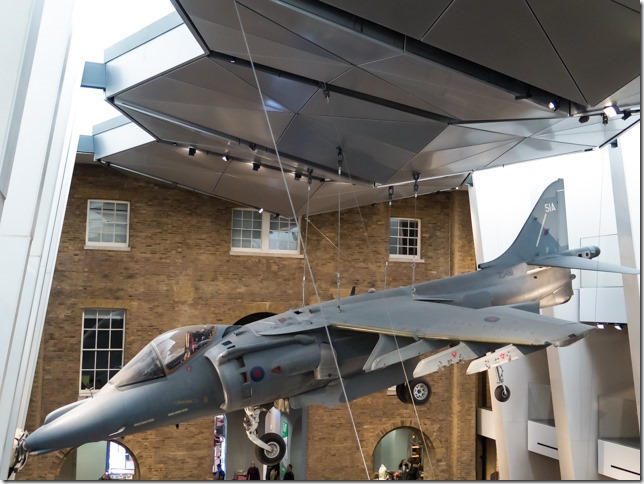 The museum is very popular, which is great, and the cafe; even more so. Not so great when you are a group of nine. We decided to walk towards Waterloo Station and look for coffee and then some lunch. It was a lovely day outside, but the wind was biting and out of the sun it was quite cold. 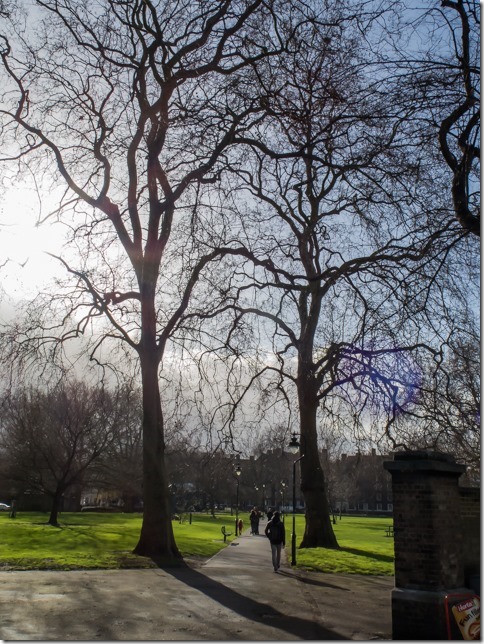 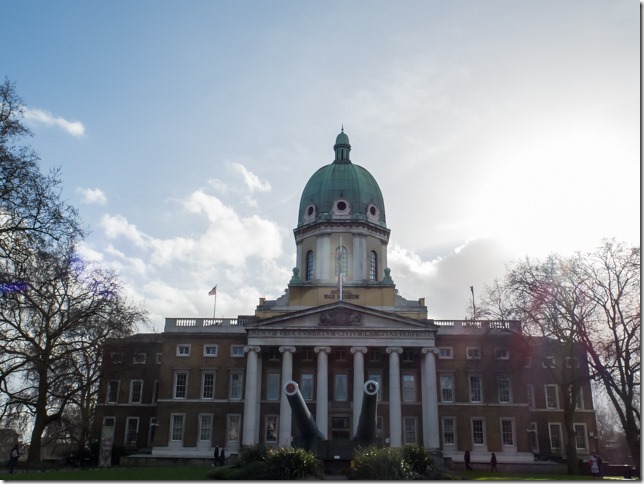 After stopping for a warming coffee we decided to carry on walking and El had a spot she wanted to take us to near Waterloo Station. I loved this building and it’s London phone box that we passed on the way. 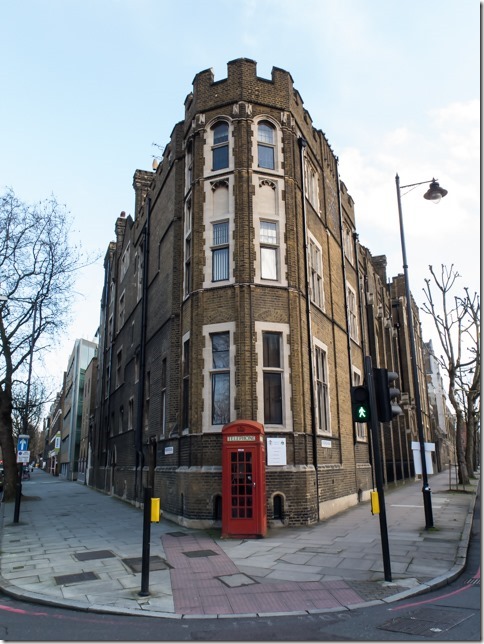 Roupell Street is a beautifully preserved street of terraced houses from the 1830s and is used in many TV shows and movies, it is a lovely small part of London, yet to be uglified by modernity. Long may it remain so! The sub-purpose of visiting the street was to stop for a drink in the Kings Arms, a pub El used to visit when she worked in the area. They had my new favourite pint on tap as well – Cwtch, a Welsh red ale that I discovered on Thursday night. The pub was great, a proper boozer, but with decent beer. There were too many parked cars to take a decent photo, so I took one of an equally lovely side street, and one of the top half of the terraces, trying to avoid satellite dishes and alarm boxes ! 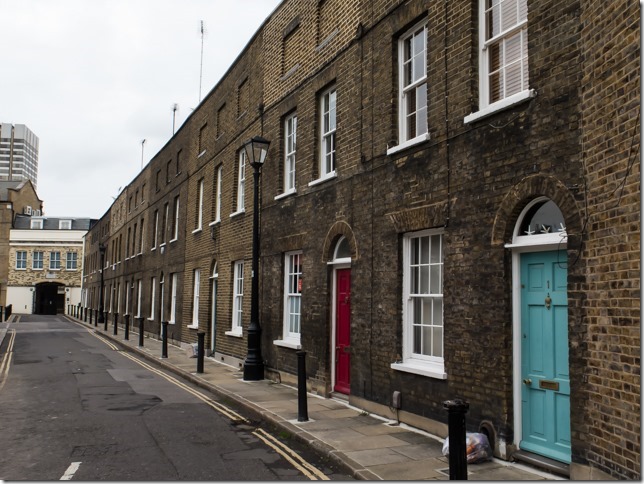 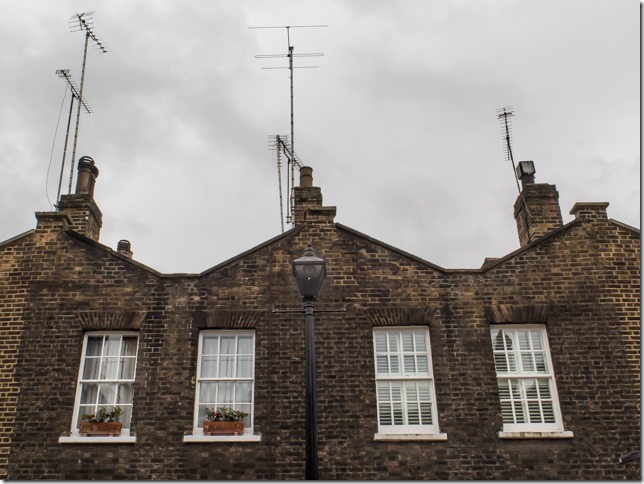 We just carried on walking after the drink, in the end all the way back to Liverpool Street station. We walked along the Southbank for a short while, I stopped to take a few photos of St Paul’s through the bubble blowers bubbles. 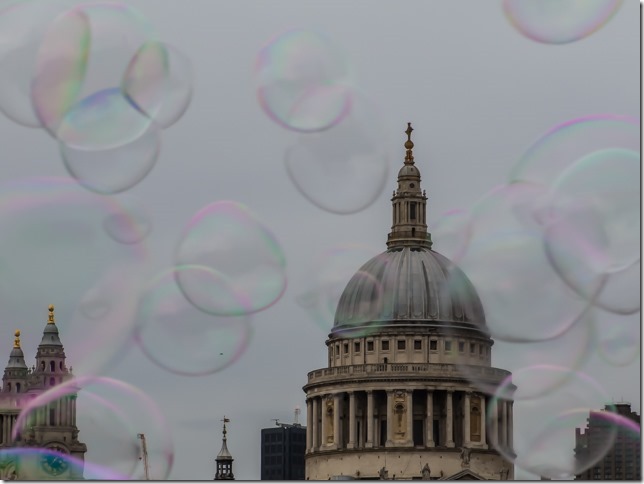 Along with a quick snap of the group amongst the tourists crossing the Millennium Bridge. 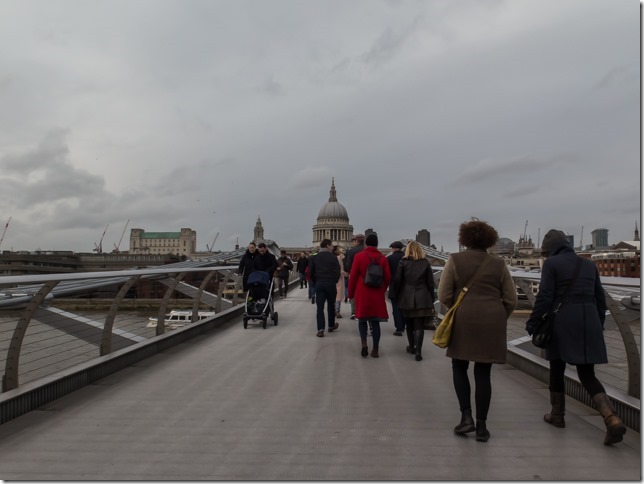 I was a really good afternoon out, I loved the exhibition and it was a thoroughly enjoyable walk through the city to the station. I look forward to the next group outing.

2 thoughts on “A quick visit to the Imperial War Museum”