A few weeks ago my mate Steve bought us both tickets to go and see the UK Subs at the 02 Academy in Islington. I haven’t been to a punk gig in ages, the last band I saw that was even remotely punk was The Big Ups back in February last year, so I was quite looking forward to this one. I do not listen to much punk rock these days, my tastes have mellowed marginally, but I was a fan of the Subs a long time ago. I have never seen them – even though they have been around for nearly 40 years, and have released 25 albums. They are recording a 26th and final album at the moment. The first LP was called ‘Another kind of blues’ and the last will be called ‘Ziezo’. A smart person would be able to work out what the first letters of each of the 24 albums in between are.

This is likely to be the last gig I will go to this year, and it has been a busy gig-going end of the year as well. I don’t think I have been to this many shows in a row for years. Hopefully I will continue this in the new year, as it can be a lot of fun.

I was a little late meeting Steve at the pub and after a hurried beer we headed off to the venue, which is in the shopping mall near Angel Station.

I was not particularly excited to be shouted at by a security guard when I got too close to the area where customers were being ‘wanded’ with a metal detector. In fact I was not too happy bout being wanded either. The world is a pretty shitty place when you get searched and checked going into a punk rock show.

This was a really early gig, the support act The Ramonas were on soon after we walked in the door at 7:30, there was a reasonable sized crowd here to see the all female Ramones tribute act.

With all the classic Ramones moves and stances down pat and playing as fast and as hard as the originals they are a great act, and after a bit of warming up the front of the crowd were singing along to some of those great old Ramones songs.  I loved those first four albums, and seeing the Ramones in Auckland back in 1980 was a gig highlight! 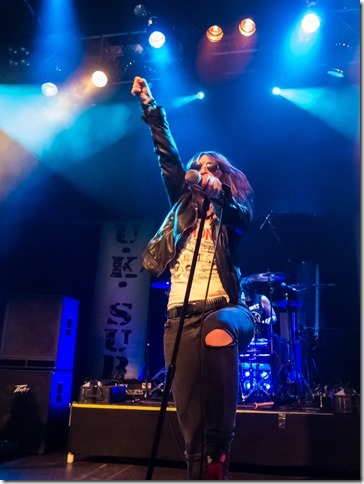 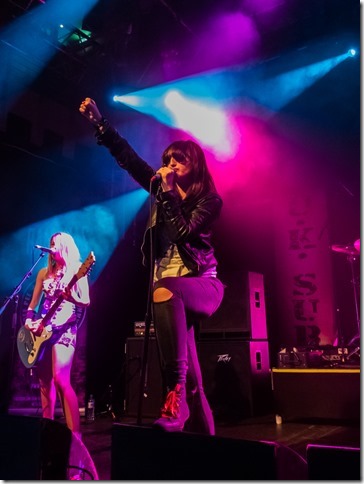 Sadly I had moved further back into the crowd when the pinhead came on stage with a Gabba Gabba Hey banner for Pinhead, probably my, and seemingly most of the others here favourite Ramones track.

I moved back up to a spot on the crowd control fence just before the Subs came on, so I could grab a couple of pictures of them as well.

There was not a huge break between the bands and the Subs were on mega early (the whole gig was over before 10:00, my sort of timing!) The original singer Charlie Harper and bass player Alvin Gibbs are in the band tonight, I think this line up has been steady for a while, but there has been many rotations through the years. Charlie always being a constant, and he is now 71 years old. The Stones look lightweights compared to the touring and recording schedule the Subs maintain. Charlie was on great form too. 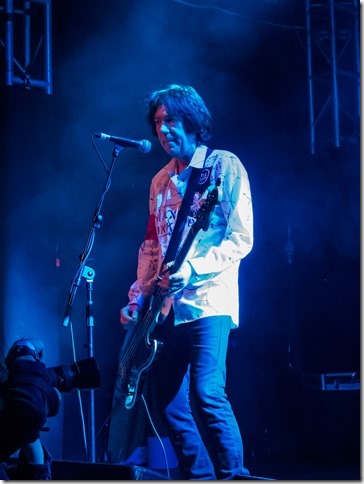 The set was a mix of classic old material from the late 70s and early 80s, mixed in with more recent tracks that I did not recognise. The main thing was they played Emotional Blackmail nice and early, so I was pretty happy. After that I dropped back further into the crowd, moving forward a couple of times later on for a quick jump up and down for New York State Police, Stranglehold and Party in Paris.

There was a bit of a sing along for Warhead

Jet has been the guitarist since 2008

It was all over by 10:00, it was loud, it was sweaty and it was a heck of a lot of fun. I would definitely go and see them again. Thanks for a good night Steve, The Ramonas and The UK Subs.

For some weird reason WordPress wont let me centre the images, oh well !