Monday was a public holiday, YAY, a much needed day off of work. Though I did work Saturday, so really it was like a normal weekend, with the added promise of a short week ahead.

The forecast had been a bit dubious leading up to the weekend and it was still pretty unclear most mornings what the day was actually going to hold. Sunday was spent doing not much, a bit of work here and there, the reorganising of my stuff, putting away winter clothes – and finding a bunch of old band t-shirts that had been squirreled away.

We didn’t really have a plan for today, we started off with seeing what the weather would actually do, and as it did not look to bad out there I decided I wanted to see bluebells in Epping Forest rather than head into London and visit the Tate, which was the rainy day plan A. A quick internet search suggested the best blue bells were in Wanstead Park, an edge extension of Epping. As I have not been there before we decided it was worth a visit.

We caught the overground to Wanstead Park station which naturally is next to Wanstead Flats, not Wanstead Park – the flats are a park, but not THE park. Confused ? We walked across the flats, up a side street and were soon into the park proper. I like the fact that Fishing is in capital letters and swimming and bathing are not. Does that mean that Fishing is a more serious offence ? 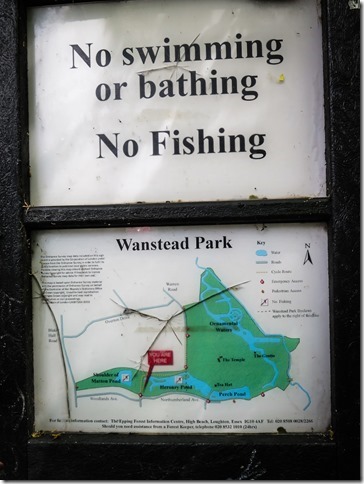 I had read that the bluebells would be found in Chapel Wood, however none of the signs were giving away the location of Chapel Wood, so we decided to do the decent thing and head to the tea hut for a cup of tea/coffee first, and do the umanly/unBritish thing of asking directions.

On the way to the hut we passed by the tree lined walk to the “Temple”. I had no idea what this was until I looked it up when I got home. The temple was built around 1760, in a section of a much larger estate. The estate was run down by its financially lax owner in the 1800’s and part of it was sold off to the Corporation of London to form what is now Wanstead Park. 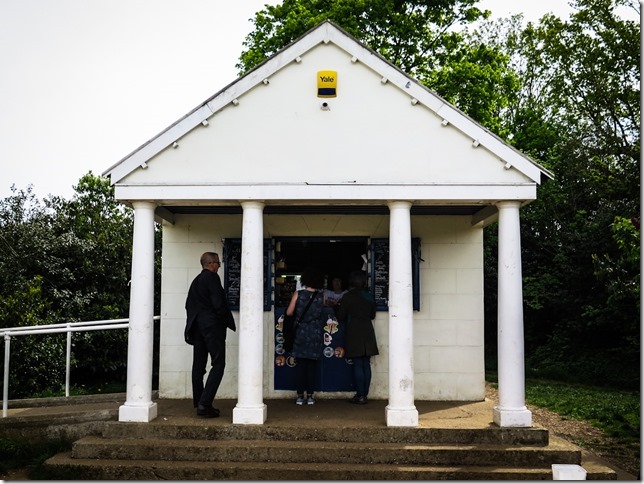 We were given directions to the blue bells, which ended up being pretty much back the way we came, though closer to the Temple.

This seasonal spring blue bell patch is supposed to the best in all of Epping Forest, which must make it one of the best in London. It was truly lovely – and this comes from someone who does not go all goo over a flower bed. I guess I liked it because it was wild. I took a lot of photos, as did many other people ! 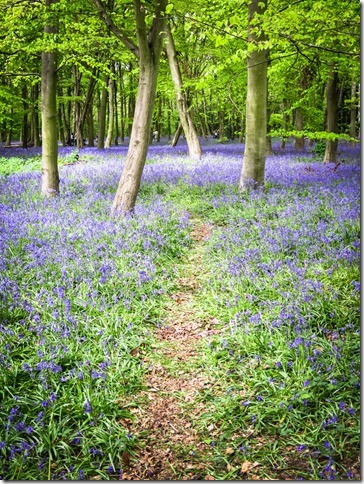 I liked that there were paths running through the patch so people could get closer without trampling them. I also liked it that most people stayed on the edges so every one got to take photos without having the frame filled with strangers. 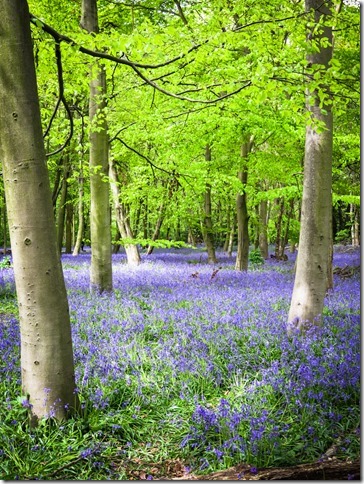 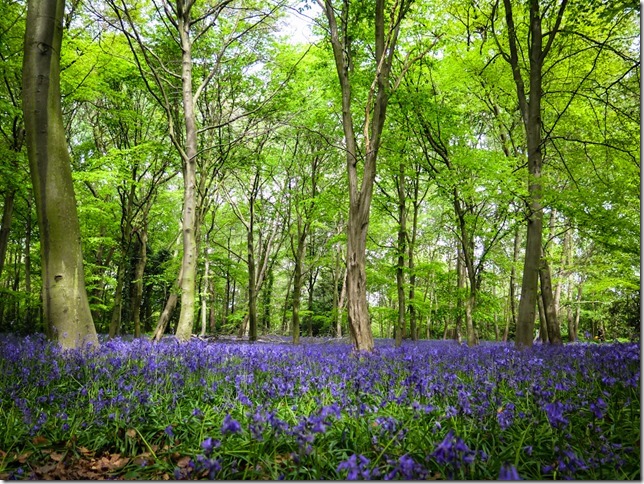 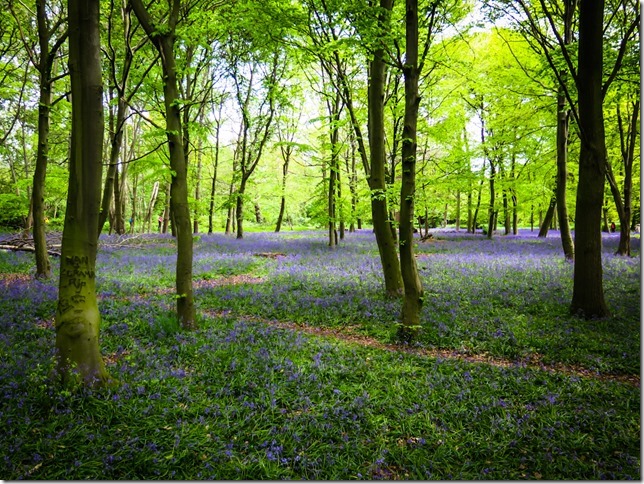 I even asked someone to take a photo of El and I together as well. 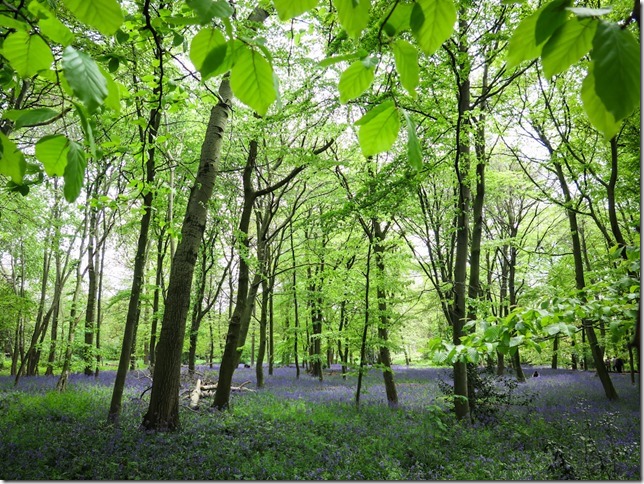 Before we left home in the morning we had sort of planned on walking back, so after a brief start in the wrong direction before consulting a map, we headed homeward. Most of the way was under the trees and off the road, which was very nice and I loved the oak trees that lined the way. 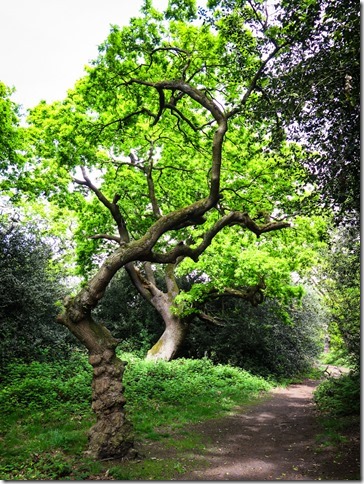 Sir Alfred Hitchcock was born in nearby Leytonstone, and had no previous relationship with this hotel, which is named after him. It did not stop us going in for a half though… 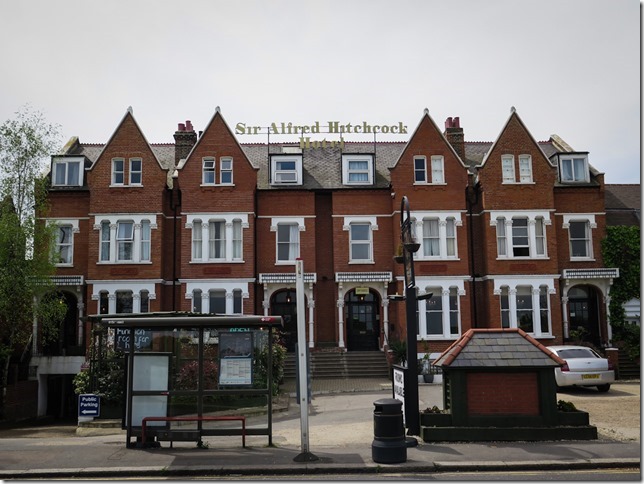 It was a lovely afternoon walk, we probably did 6 or 7 miles as well, so good exercise in the sun !