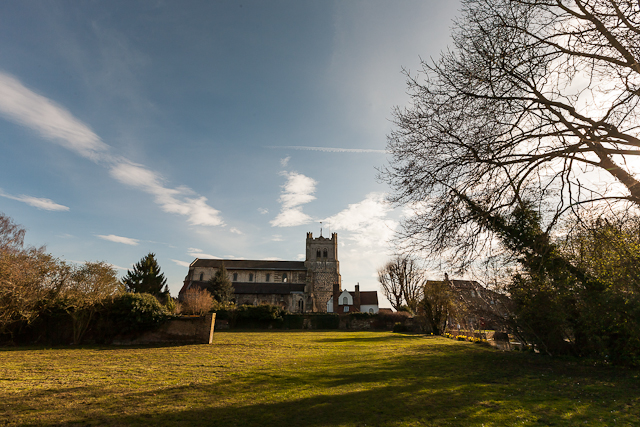 El had to pick up her eldest son from his digs in Oxford as university holidays start on Monday and he had to leave the college dorm for the duration. As El does not drive, nor have a car, she rented a car for me to drive us over to Oxford to pick up Joe and his stuff. We were back in Walthamstow by early afternoon so as it was such a glorious day we decided to go for a drive out to Waltham Abbey. It is not too far away and is rumoured to be the final resting place of King Harold, killed by an arrow to the eye fighting the Normans at the Battle of Hastings in 1066. It is a very famous story, and one that had me fascinated when I was kid !

There has been a church on the site in Waltham Abbey, just north of the M25 motorway since the 7th century, though the core of the existing church was started in 1050. The church became an abbey in 1184 and was greatly expanded until it was largely pulled apart after its dissolution in 1540. Once the abbey had been dissolved, almost destroying the local economy, and was no longer used by the monks the buildings were torn down and the stone re-used for other buildings. The church itself was by claimed by the local people and it has remained a parish church ever since. 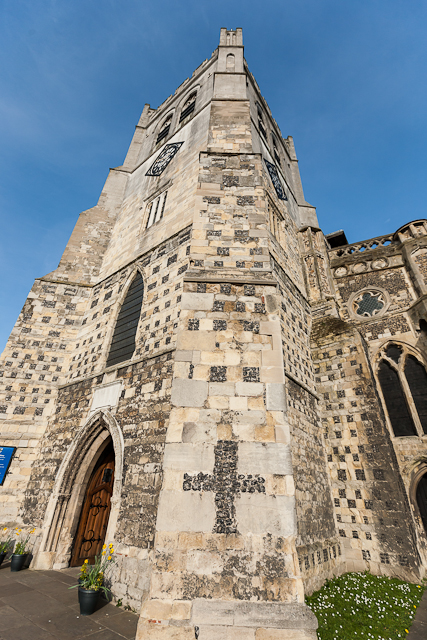 The outer walls and part of the structure of the abbey are still there and it is quite a large site.

As with all working churches and temples a lot of the interior and some of the exterior has been changed and renovated over the centuries leading to a mix of artistic styles and construction methods, not all of it to particular good taste; such as the Denny family monument from 1547. 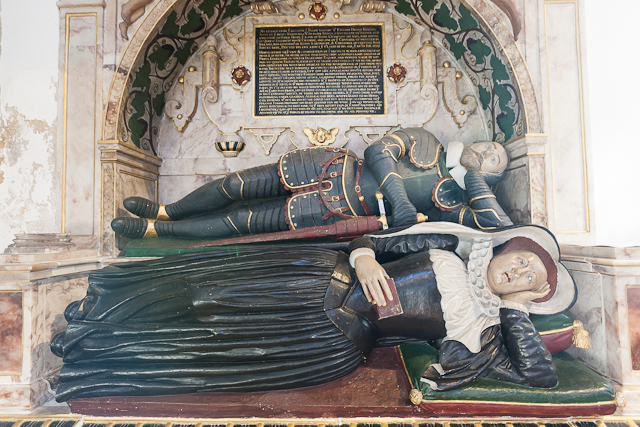 The interior is very well lit with natural light, and while no Sistine Chapel, the ceiling was still pretty good.

The Lady Chapel contains a fifteenth century “Doom” painting which I particularly liked. A doom painting captures the day of judgement when one is judged by Christ after kicking the bucket. 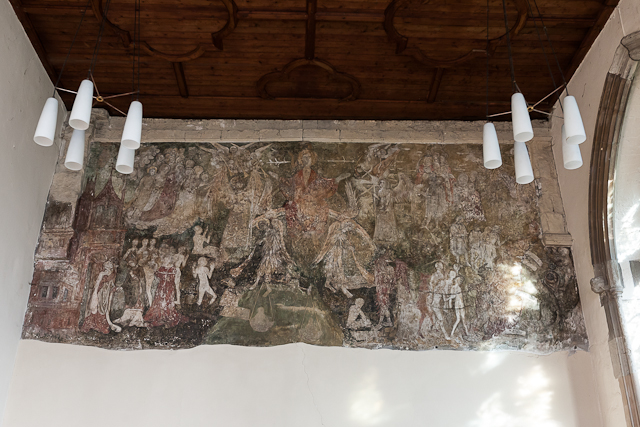 After visiting the inside of the church we took a walk around the outside as I wanted to find the grave of King Harold.  I found the site around the back of the church. There are many rumours surrounding the death and burial of Harold, one of those is that this stone marks the location where he was finally laid to rest after being killed at the great Battle of Hastings. This would have been underneath the knave of the church at the time.

The church and the abbey were built and added to over many years and it is interesting to look at the stonework and see all the different types of stone and brick used in its construction. It is quite a quilt of local and not-so local stone and marble. 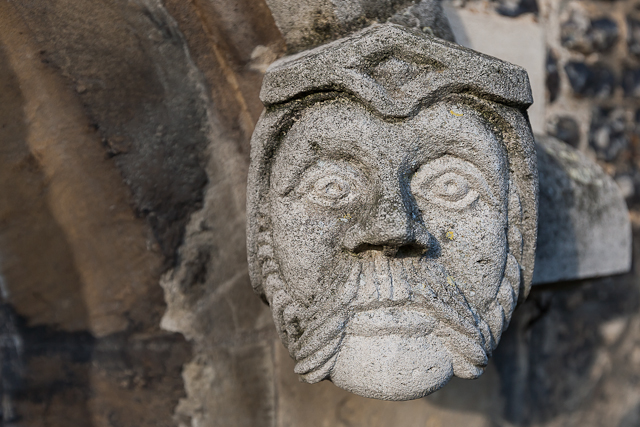 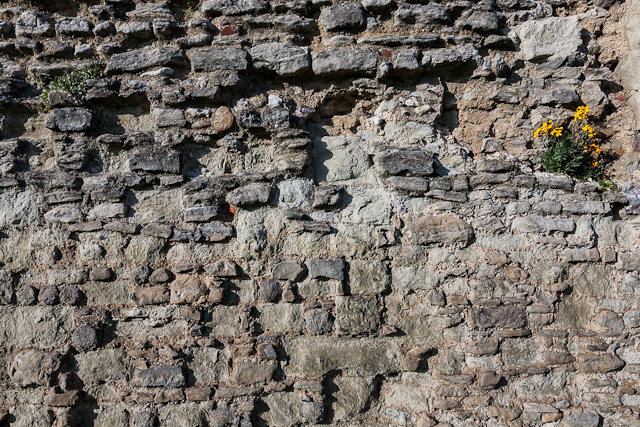 There are odd bits of wall and gate left around the site, the most ‘together’ part is this twelfth century entry to the cloisters that is known as the Midnight Chapel. It is now gated off, but I imagine it was used for a number of activities over its time. I did like its roof. 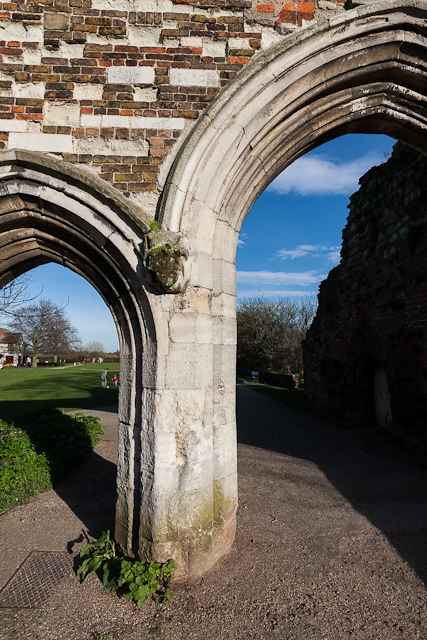 And back around to front of the abbey.

It was an interesting visit, I enjoyed walking around the Abbey, absorbing a little more history – and remembering stories about kings and battles I enjoyed as a young boy.

I especially enjoyed the 20 degree sunshine. It is now two days later and a grey 13 degrees. Hopefully that does not mean spring is over !