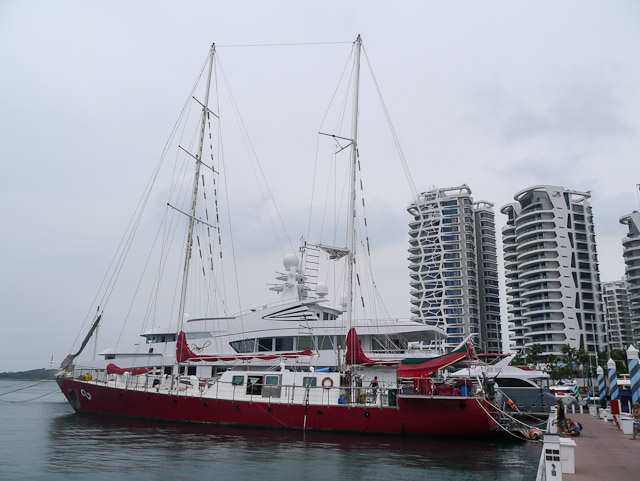 My next adventure begins today!

I have just over one month on the yacht Infinity, sailing out of Singapore to a number of dive sites around southern Malaysia.

My flight out of Colombo was at 10:50 pm and with little else to do in the evening  I left Trudy’s place quite early. Which was quite fortunate as the traffic was really bad and it took almost two hours to make the 30km journey to the airport, The first 13km alone taking up most of took one and half hours.

Colombo airport was an odd place, we walked through scanners and were patted down on entry but the bags were not scanned or checked. Check-in was a bit confusing but a breeze to complete as I was there fairly early. A latte was $7NZD so I flagged that as a really bad idea and then sulked for a while in the lounge. I had given my Sri Lanka SIM card to Colleen so she could loan it to visitors, even after a month of constant internet use and a few text and phone calls I had only barely used half of the $10NZD I put on it. Mobile is such great value in Sri Lanka.

The flight was a little late and fairly full, I am flying Tiger Airways for the first time, it is Singapore’s budget airline and apart from not getting anything on board the flight was excellent, comfy seats and as I paid for an exit row I had a ton of leg room as well. I think I even dozed for an hour – miracle upon miracles. Colleen had given me a few sleeping pills but I stupidly did not have any water so couldn’t use them. Doh… I am sure they will get used on the yacht though.

We did arrive on time in Singapore at the charming hour of 5:30 am, Singapore is two and a half hours ahead of Colombo which is really going to screw with my head timing wise as I have just got used to daylight savings changes in the UK when I arrange Skype calls with El. The best thing about Singapore airport at 5:30 am is there is no one about, I breezed through immigration, grabbed a bottle of gin from duty free, and was on my way out the door when I realised I did not have my pack! So back to the baggage carousel to collect it!  I found an ATM and got myself a much needed coffee and a bottle of water. I was most of the way out of the airport when I realised I had left my pack in the coffee shop! This has not been a good start to the day at all – and I was lucky it was still there.

I took a cab to the One15 Marina on Sentosa Island to meet my home for the next five weeks – the 36 metre yacht Infinity! It was dark and raining when I arrived and of course everyone was asleep. I climbed on board and found myself a spot to sit and wait for everyone to wake up, with the first person struggling out just before 8:00.

Most people normally sleep the night on the deck but it rained very heavily in the night so there were a number of people on mats on the floor in the main cabin. I met so many people in a brief period of time I had very little idea of who was who by the end of it. Most seem to be in the mid-twenties though there are a couple of people closer to my age, there are eleven nationalities in the twenty people as well, everyone speaks reasonable English. Everyone seems friendly and all are here for diving and adventure, so it should all be good fun.

Infinity is in Singapore until Monday, which was longer than I anticipated so there was not a lot of running around on my behalf. I went to the nearby mall to pick up a few bits and pieces and had my first laksa in ages in the foodcourt and it was damn good too. While I was in the mall the heavens opened outside and it just poured for most of the rest of the day. 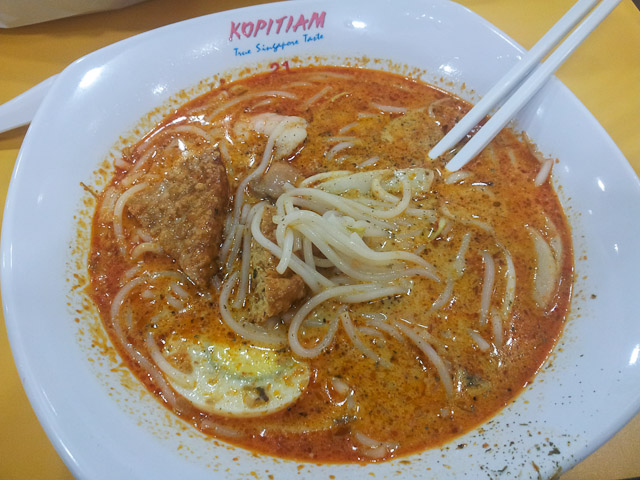 After lunch I went to the swimming pool in the marina and had a nice swim in the rain on my own. The tables and chairs were actually in a small pool, which I have never seen before, but then I do not think I have been anywhere this fancy either…

We all went for dinner to one of the big food halls in the middle of downtown Singapore, I had a really nice Bombay noodles, but was fading after no sleep in thirty six hours so went back to the boat with the half the group after eating. 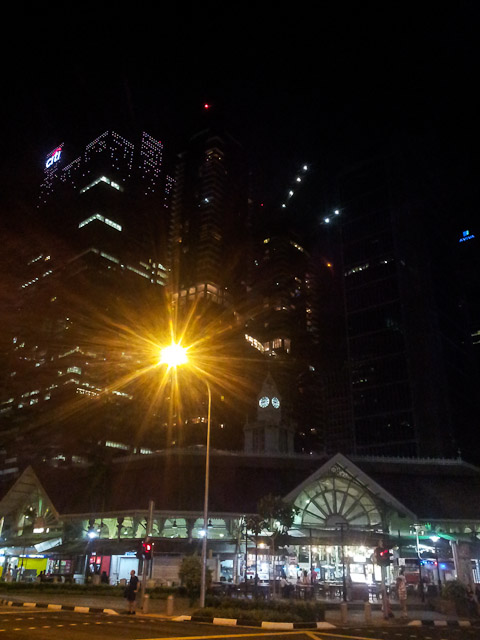 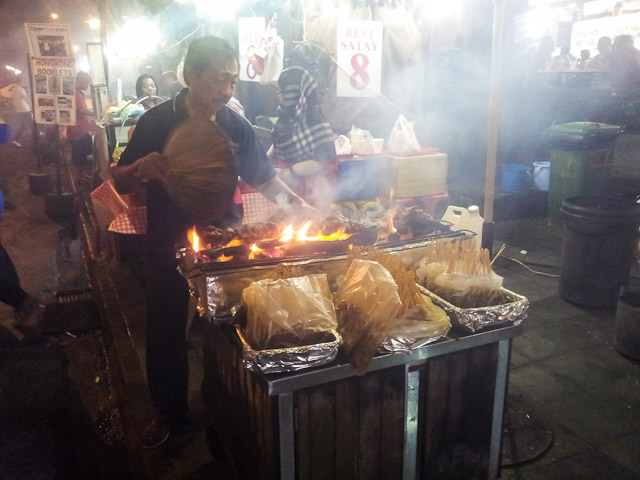 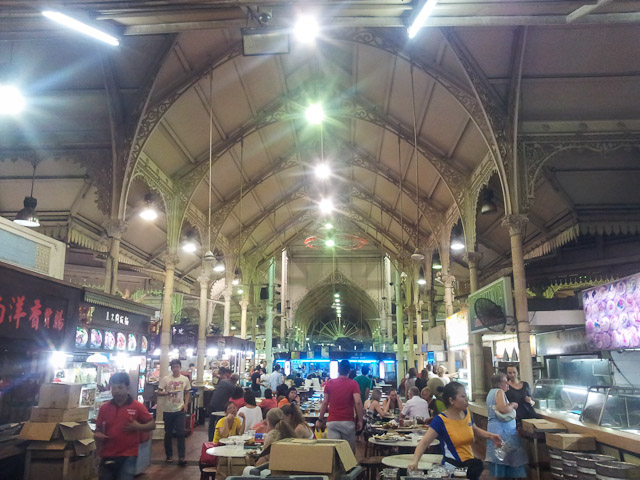 My first night on the boat was OK, my room was not going to be available until tomorrow so I slept in the ‘library’ on a couple of mats on the floor. It was an OK sleep. The boat is quite quiet considering the amount of people and the fact that all doors are open to allow as much air as possible to move some of the stifling humidity. It was a warn night, but not too bad due to the rain.

Sunday was a busy day with virtually the whole day spent on chores on the boat, it was scrubbed inside and out and from top to bottom and we pretty much did not finish until 5:00. After that it was back to the pool for a relax and then to the beer shop for a couple of cans. I moved into my bunk in a room I am sharing with a young Swedish guy and that was about it really.

I took a photo of Infinity, next to a massive super yacht.

And my room a small box with two bunks, mine has the pack on it. There is some storage and each bunk has a small fan.

In the early evening the boat captain, Clemens, went into town with a small group to go grocery shopping for the next leg of the voyage. They arrived back at Infinity at 3:45 AM – having taken over five hours in the market. There was a lot of stuff and we all had to help get it to the boat. 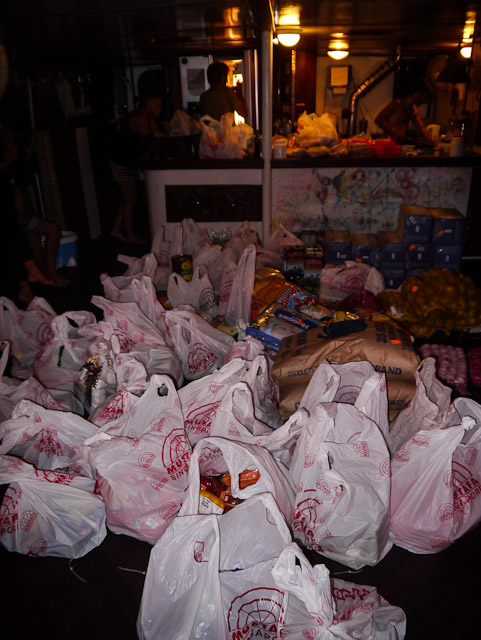 I started the night in my bunk but it was so hot, even with the fan on, that I went and lay on the desk, I think I had just dropped off when the food arrived. It took an hour to sort out so I didn’t get back to bed till 5:00 and ended up sleeping on the floor in the library again. Tonight I will be more organised and find a squab to take on deck as they had been moved during the clean up and 5:00 am is not a good time to go looking for things.

It is Monday afternoon now and we are heading out to sea now so will update when I can when I next have some internet – no idea when that will be !