I was up and packed so early I had to time to break one of my cardinal travel rules and drank a couple of coffees before a long journey; but hey it was 7:30 and coffee is always good at that time of day. I was interested in seeing how the guest house bill turned out as no-one seemed to write anything down when I ordered things, but it was perfectly correct and actually came to less than I expected. Considering most orders were stuffed up, this was quite remarkable !

Benne and I were walking up to the bus stop in Dalhousie village with our packs when a bus came past, so we jumped on for the one and half hour, thirty km ride back to Hatton. It is a lovely journey and I kick myself for not spending a heck of a lot more money and taking a tuk-tuk so I could stop and get photos on the way. But we had a train to catch and the buses rule the roads here so it was the safest option.

We arrived at Hatton station with heaps of time to spare and I got us tickets for the 11.15 train to Ella – 2nd class. Hatton is a busy centre so it had a bank and I was able to get some cash out as I was getting low. Which was wise as the bank in Ella did not take my card…. I loved the hand written chalk board for train times – we were on the Badula 11/15.

The station has separate men’s and women’s waiting rooms, a rather antiquated option, but no-one was in either of them as the platform is the preferred waiting area for everyone.

I broke another long journey rule about eating before a ride and bought a vegetable roti – but it was so hot with chilli I could not eat it. And the coffee was grey – but I drank it anyway. Galya and a crazy French woman arrived soon after us and joined us on the platform.

The train was a little late, but not of any real consequence, and as the arrival time approached more and more people started flooding on to the platform and it was looking like a scramble to get on the train. As soon as it stopped we all crowded round the doors waiting for the people to get off and then it was pushing and shoving to get on, I managed to block some other tourists – who had arrived after us, I am a firm believer in first in first served, and allowed Galya and crazy French woman on first and they got the last seats. Just before the train departed two people got up and left so Benne and I dived in – sorted ! Though, after the first stop and a passenger shuffle around everyone who wanted a seat seemed to have one. The seats are very comfy, plenty of leg room and at 1.60 NZ for four hours, good value…

There were of course people sitting in doorways, but this is not such a populated area so there were not the crowds you see in some pictures.

The ride to Ella was fabulous, the train is slow, the countryside delicious and the ride was immense fun, I spent lots of time hanging out the door just feeling the wind in my face and listening to the clatter of the wheels on the track, as I said before – fabulous.

About three quarters of the way we picked up a whole bunch more westerners. The ride from the town of Haputale to Bandaruwela is supposed to be the most beautiful part so some of the tour operators drop the passengers at Haputale so they can make the journey. Though it did get a wee bit foggy! 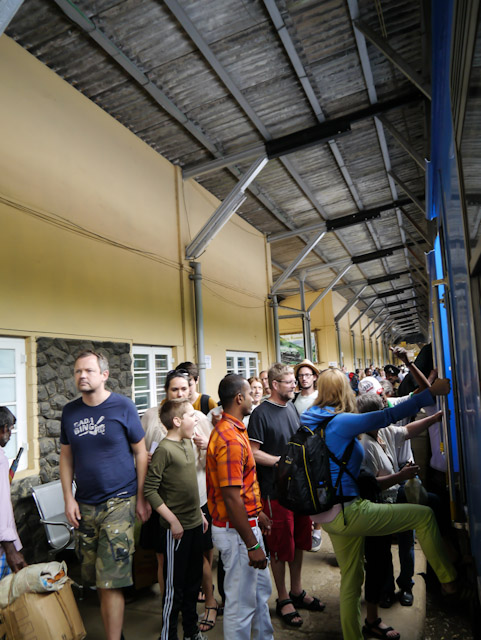 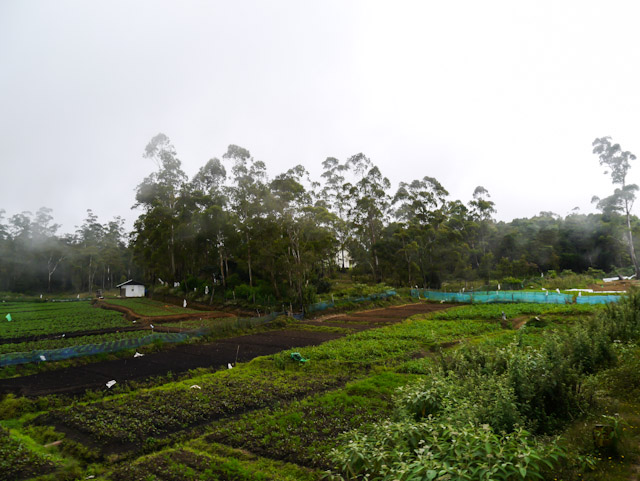 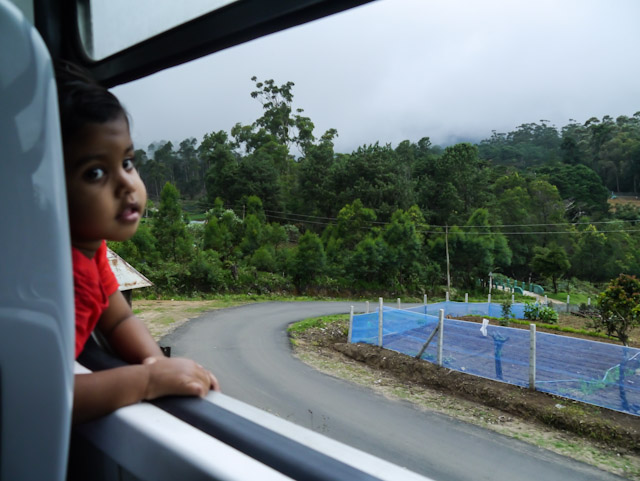 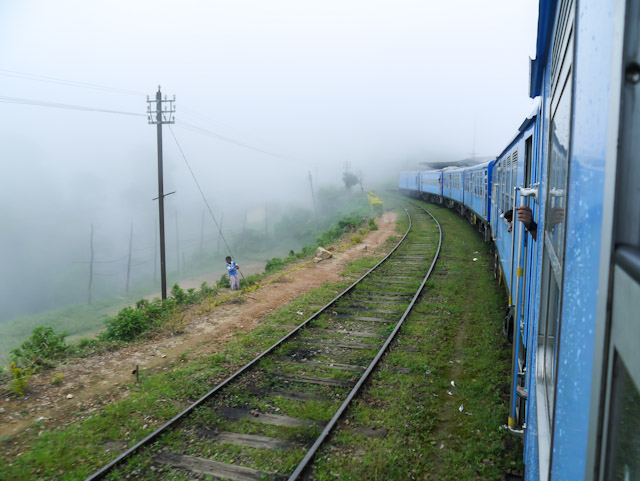 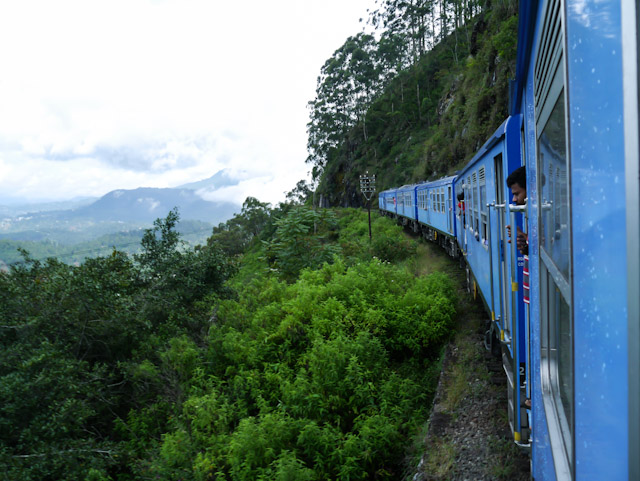 At Bandaruwela a lot of people got off and the final section to Ella was quiet, though definitely less scenic. 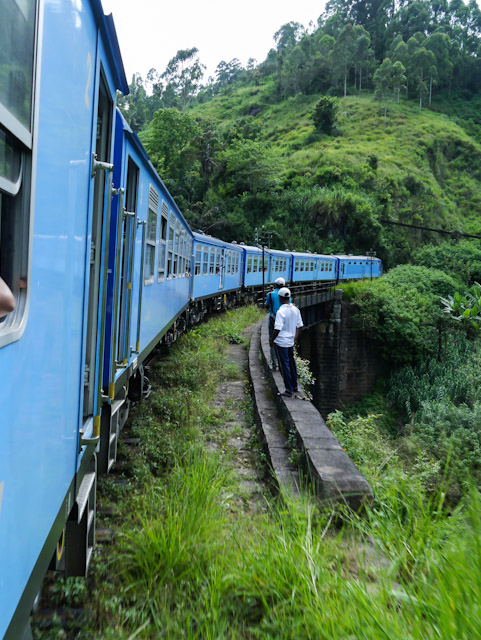 We arrived in Ella just after 3:00 and Benne and I found ourselves a guest house with a great view of Ella Rock. We are sharing a room this time to save a bit of money. Ella Rock looked er um – where the hell is it ?

We wandered up to the tiny village of Ella, there is not much there apart from restaurants and guest houses. We found a place that sold beer and then found out that no-one sold beer as it is a public holiday…. so we had a bowl of chips and I had a healthy fruit smoothie instead.

I went back to the guesthouse to do the usual, blogging, photos etc etc as it rained for the rest of the afternoon. We went back into town for dinner once the rain stopped and I had a very nice fish Kottu Roti and a ginger beer. After dinner Benne bought a couple of beers under the table from another restaurant and we drank them on the terrace of our guest house and chatted to a Danish guy who was staying here as well.

Another good day, I loved the train!

4 thoughts on “A train ride through the hill country.”