I had another one of those nights where I woke up not long after midnight and never really made it back to sleep again, dozing until morning. Up at 6:30 for a quick and hot shower before breakfast and back on the road for 8:00. Well at least as far as the gas station, where we all ran off to get more cash from the ATM and a take away coffee from Raiths. The coffee wasn’t bad, but the array of pastries and savouries was mouth watering. It was a shame I didn’t visit it yesterday!

This morning I popped what I thought was my first anti-malaria tabs as I am supposed to start two days before we get to Etosha which is the start of the malaria zone. The next day I discovered another open packet with two missing – I must have grabbed a couple in the dark yesterday morning instead of a couple of panadol, that may explain my upset stomach!

The last house in Swakopmund – as the town slowly moves into the desert, in this case it is not the desert moving into the town/ 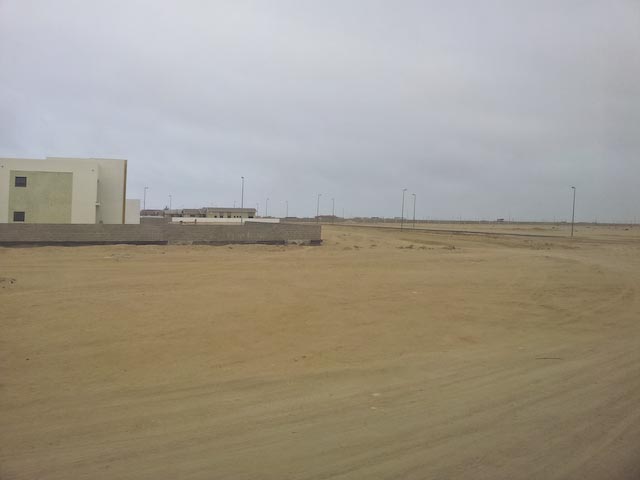 A small holiday town between the desert and the sea, the sea is so cold here, no idea why you would want to have a holiday. 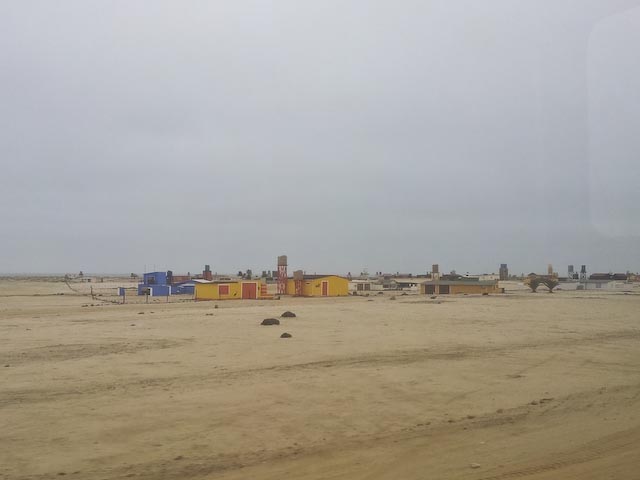 The first stop was some road side salt stalls, there are massive salt flats just outside Swap and there are little stalls along both sides of the road. 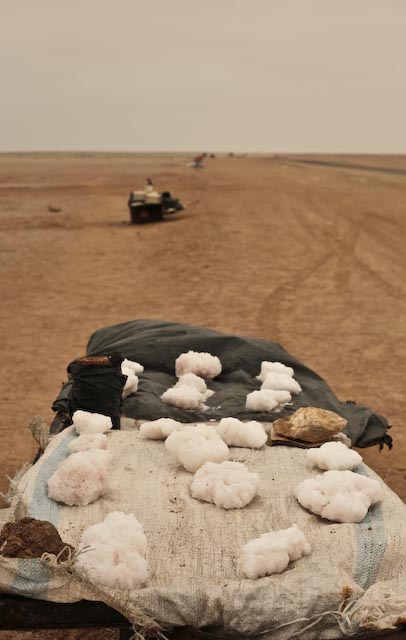 We next stopped at a ship wreck just up the coast, a small fishing trawler had gone aground on the beach two or three years ago and had just been left to die. The stretch of coast here is called the Shipwreck Coast for good reason!

Some one had taken these jackal bones and laid them out like a human skeleton.

As we were leaving the wreck site we spotted a black backed jackal in the distance, waiting for the cars to leave so it could raid the rubbish bins. 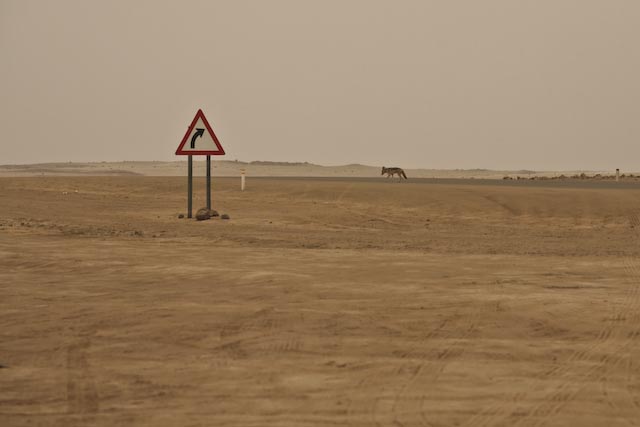 The next stop was a cape seal colony further coast. Another good opportunity for me to practise shooting at 400mm before we get to the real game! The Portuguese discovered and claimed the area at Cape Cross in 1485, not sure why – it is all desert!

The entry fee was all ready covered off as part of the package so after a quick loo stop – with a real loo, we were on the boardwalk down by the beach snapping away. There are about 4000 seals in the colony and the air was pretty ripe – those who had been before had things covering their noses. It was also pretty loud with plenty of roaring from the young males as they tested each other out, both verbally and physically.

By my standards I took a lot of photos and was pretty pleased with quite a few, I was also really happy that I was getting focusing right and there was not a huge amount of shake, even at 400mm hand held.

We headed back south again for a way, it was still quite cool on the coast but as we turned inland and headed towards the Brandburg range the haze started to lift and it started to get warm enough to take the thermal under-layer off – hopefully for the last time. It has been my most used clothing item, it is hard to believe that in the desert in Africa a thermal layer is needed. Luckily I knew this and came prepared.

The roads towards Brandburg were really rough so it was a bouncy ride for quite a while, most people dozed and read as we bounced our way slowly inland. We stopped for lunch at a road side rest area, three people were already stopped for lunch and must have thought this was some sort of weird alien invasion as they just openly stared at us until the left – odd folk! 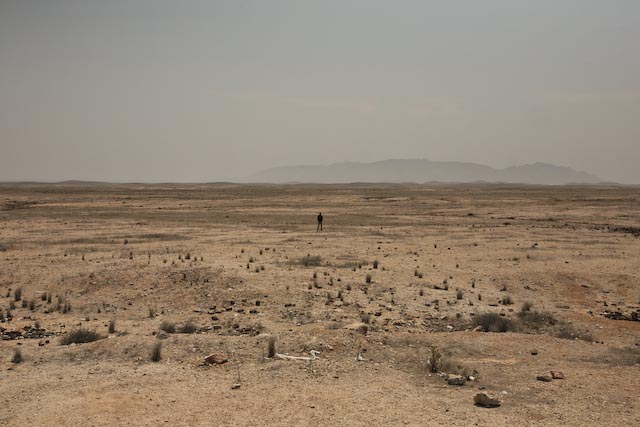 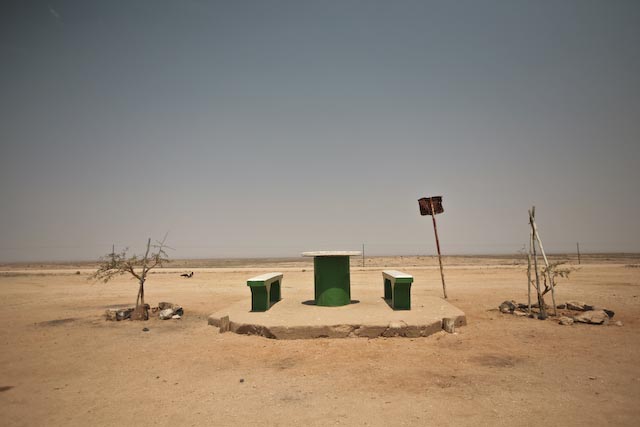 There are a lot of gem stones scattered all over the ground in this area and it is quite common for the local people to gather and polish them and sell them at roadside stalls. We stopped at one for a look see and some of the group bought some. I didn’t need the weight, plus I am a lousy tourist.

A couple more hours on the truck and we arrived at the lodge in Brandburg. There was not enough time to set up the tents and get to the entry point for the walk to the “White lady” cave paintings so we dropped off those who did not want to walk at the bar and took a rough 25 minute ride to the park entrance. 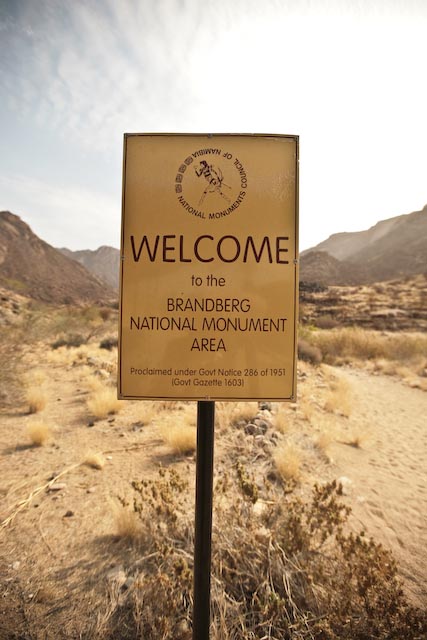 We were guided on the three hour walk by a young Namibian lad named Vivien, he has only recently started learning English but had an excellent grasp of the language as well as quite a sense of humour, it was an excellent and informative walk. 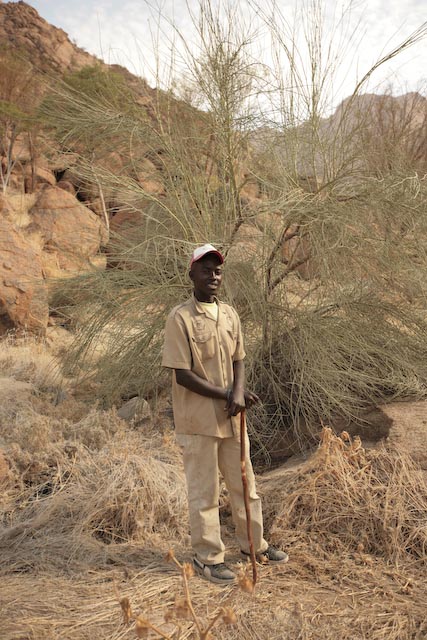 As always I was fascinated by the shapes and textures of the trees and took a few photos of them.

We also had a good opportunity to see some dassies, these are a small mammal and bizarrely the closest living relative of the elephant.

And then on to the “White lady” cave. The paintings are between and 2000 and 5000 years old and were discovered in 1918 when a German explorer, Reinhard Maack took shelter from a storm in the cave and woke in the morning to see them above him. The key figure is the white lady, which is actually a figure of a man! There are numerous animals and other figures in the cave as well, it was pretty special. It is not often I get to see such ancient things up close. There have been numerous theories as to the origin of the painting, but the most likely is that they were painted by bushmen. The Brandberg Range is apparently home to some other painting sites as well. 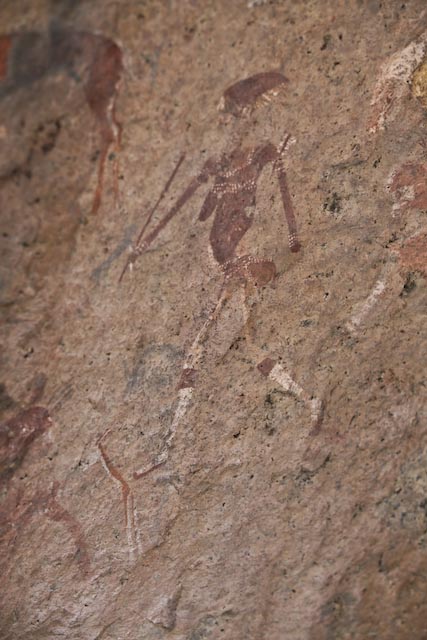 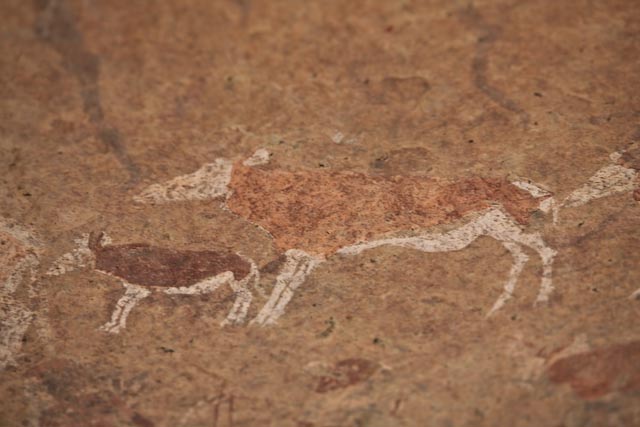 We stopped to pick up the others from the bar at the lodge and decided to stay for a quick one ourselves, it was dark when we got to the campground and it was fantastic to find that Will our driver had put up all the tents while we were out. It was very cold at the campsite, beanies and jackets were the order of the evening.

After dinner we were entertained by a local singing group for fifteen minutes before retiring to bed about 9:30. The nights are not late ones!

Another early start and another long and awesome day!

One thought on “Wrecks, seals and cave paintings. An action packed day.”