The morning was all about planning, made difficult through lack of a good guide book, hopeless internet, a lack of knowledge about where I can go for a few days and the fact it is peak season in Europe and everything is really expensive !

Add to this the fact I am feeling rather vague at the moment and I have no idea where I want to go or what I want to do next. I think going to my cousins place in Spain for some down time is a good thing. Recharge the holidaying batteries, read up on Europe and get a good list of things to see and places to go. I know I want to see everything, but I am not sure what everything is – and I have no idea how much “everything” will cost.

After hours of internet faffing and indecision I have decided to fly to Barcelona and spend a few days there before heading south. Flying was not my first choice, but given intermittent internet (which stopped completely soon after I booked the flight – and I have no accommodation!) trying to find a land option was getting complex, the train to Marseilles was more expensive than the basic flight – adding bags pushed the flight cost up of course.

Once the internet was dead we headed our separate ways for the day, Emily to return to Gallarie Lafayette and the shopping district, hoping things were going to be open on a public holiday weekend, and I was going to enjoy a brief splash of sunshine and walk around the Latin Quarter. We went our separate ways at the St Michel station and I wandered off down the left bank of the Seine, overlooking Notre Dame.

All along the bank there are these long green lock ups across the tops of the walls, they contain little pop-up stalls, mainly selling old books and magazines, prints of paintings and some tourist knick knacks. They are quite cool. 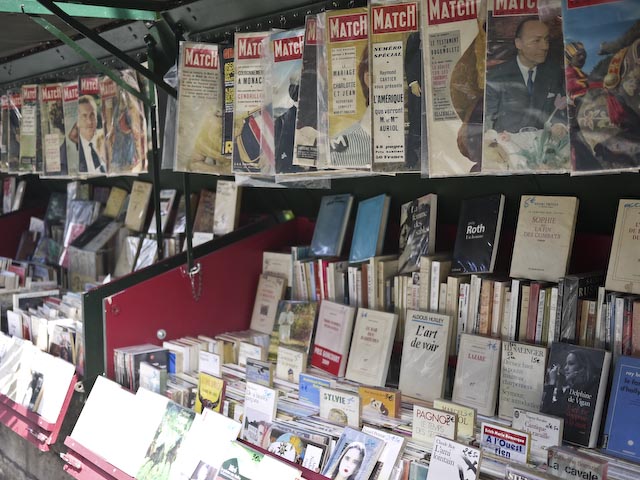 At some random point I headed away from the river towards St Nicholas du Chardonnet where I popped in for a brief look. This church is not marked on the (rather vague) tourist map I am using, so is obviously not overly important to the history of France or Paris. But I enjoyed my visit all the same, each chamber had a small statue and a large painting on an opposing wall. The paintings varied in age from the 1500 to the 1800’s and were by artists completely unknown to me, what I found quite remarkable was the wonderful condition of these ancient works. Great pipe organ as well. 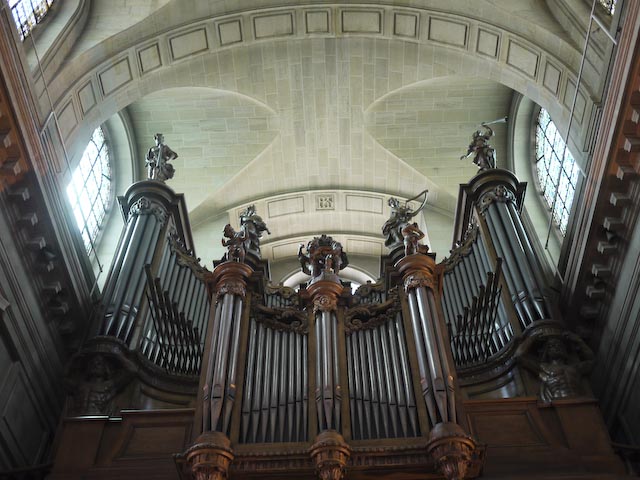 I also really like the wicker chairs, high side for sitting and low side for kneeling to pray. These are very common in the churches in Paris, so much better than those horrible wooden pews.

I wandered on up some reasonably deserted side streets, till I came across the centre of the Latin Quarter, which was fairly busy with tourists, most of which seemed to be French, the area is a small next of cobble stone streets packed with cafes, bistros, tabacs and restaurants. 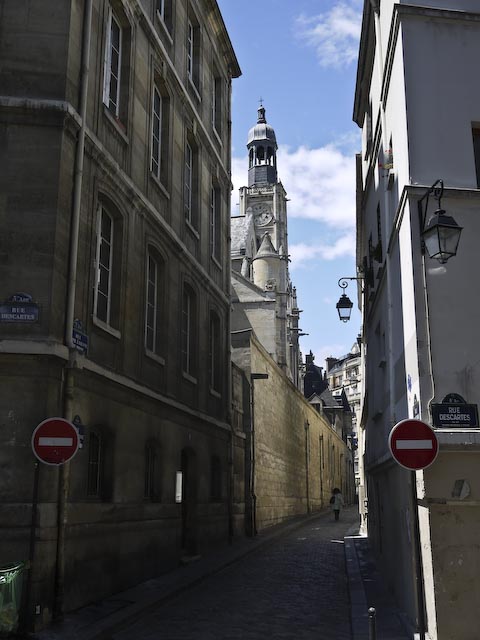 I was getting peckish and had my stomach set on some pizza until I wandered by this maison – in the house were the poet Paul Verlaine passed away in 1896 – and Ernest Hemingway lived from 1921 – 1925. If you are of a certain age and musical taste, you of course have THAT chorus in your head right now ! I had to stop for a small vin rouge and a bowl of onion soup, both of which were average. but I did avoid a passing rain shower.

After lunch and with the sun out again I headed over to the Pantheon for a look around. 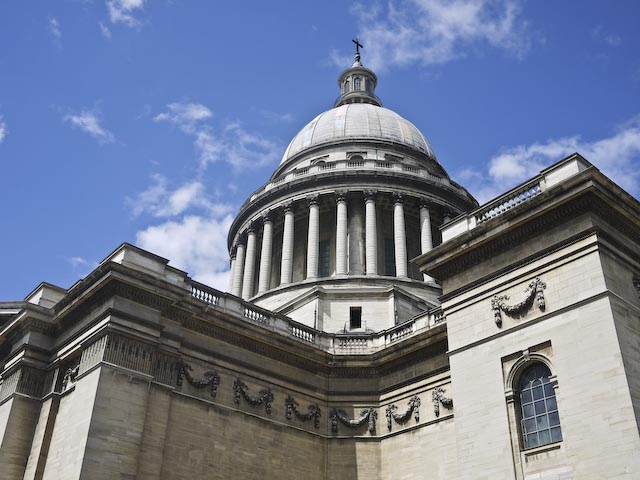 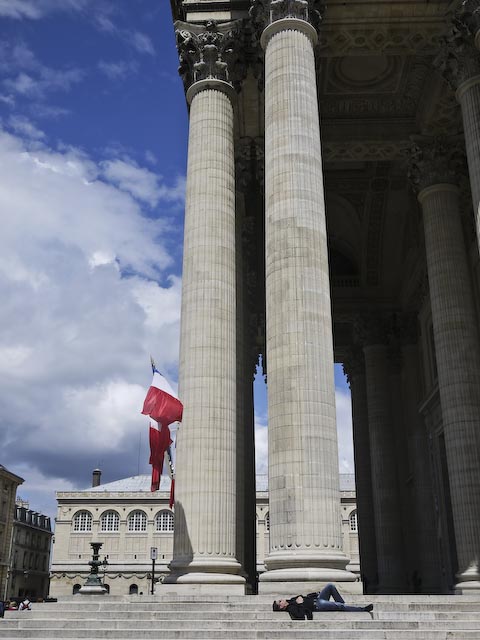 The Pantheon was designed by Soufflot under the instructions of King Louis XV and completed in 1791, In the crypt it now holds the remains of some of France’s more famous name’s Hugo, Curie, Moulin, Zola

The building is massive and the main hall way is very impressive.

As it is Bastille Day (France’s national day) there was a military band out the front of the Pantheon playing some modern pop tunes to the appreciation of the crowd. I snapped this shot as I walked away and then found the guys and girl removing their helmets, moved to the front of the band and some synchronised dancing for a couple of seconds, a mix of line dance/disco. One of them was glowing red, it was hilarious. Join the army ! 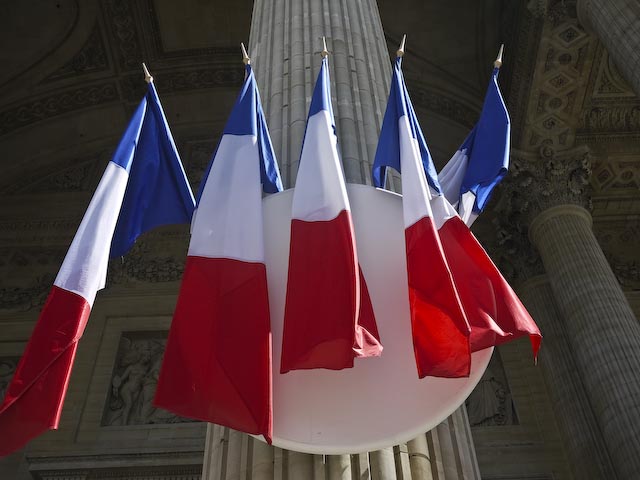 We took a walk down to the Seine at St Michel, pass the Sorbonne, which was glowing in the early evening sunlight. We stopped for dinner at Tabac De Le Sorbonne again but the experience was a real let down compared to last time, the waiter was obviously trying to set the example for how rude a Parisian waiter could be.

The sunset over the Seine was very cool – not up to Karekare beach standards of course, but then Karekare does not have Notre Dame either !

We watched some young guys tumbling in the square at St Michel.

Wandering the back streets of St Michel we stopped at this cafe for a coffee and drink. 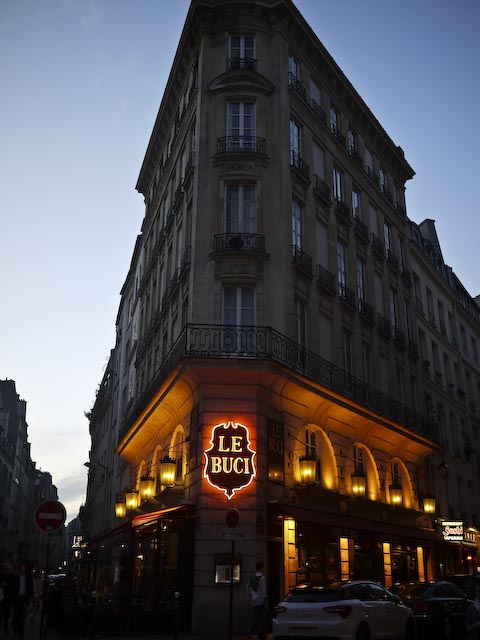 This is now my most favourite of coffees, cafe noisette, espresso with a dash of milk, lovely. 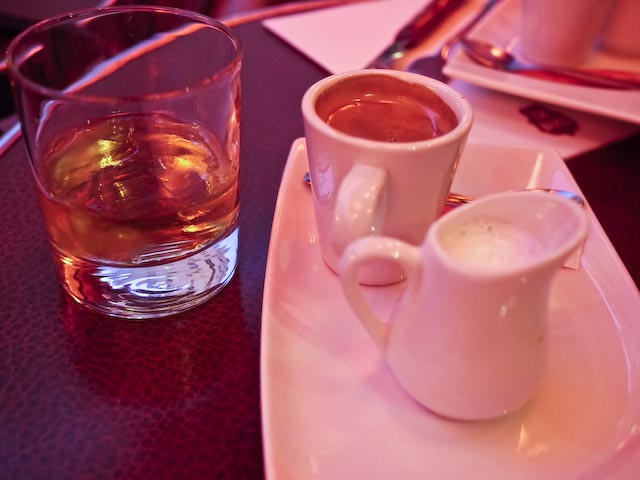 The Verlaines – Death and the maiden.