Lousy first Parisian sleep, very frustrating as I am so tired, but I did drop off again late and not wake up to 8.30 ! Breakfast in the hotel was crossaint and baguette and loads of bad machine coffee. The good news is the day had dawned with sunny skies, the forecast I saw when I was in England was for bad weather till Thursday, so a clear Monday was a real bonus.

The plan for the day was ambitious – to walk to the Eiffel Tower, over to the Arc D’ Triumphe and back to the hotel via the Musee D’ Orsay.

However, I got distracted numerous times on the way, the first stop being the Chapel St Germain. I particularily loved this wooden statue, it was not old (1965) compared to some of the stone and marble work. It was a very nice chapel. 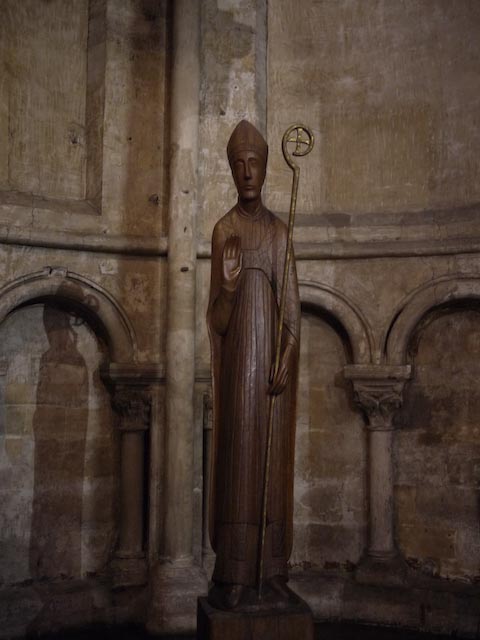 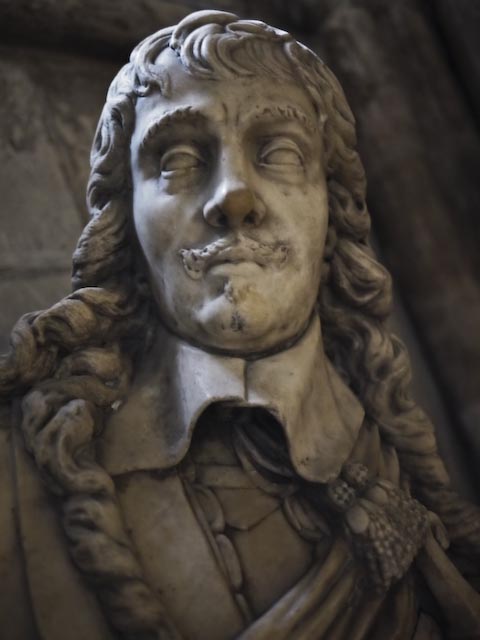 We walked past numerous well known bistros on the way but many were too crowded to stop for a morning coffee, and I have plenty of time this week to visit one. 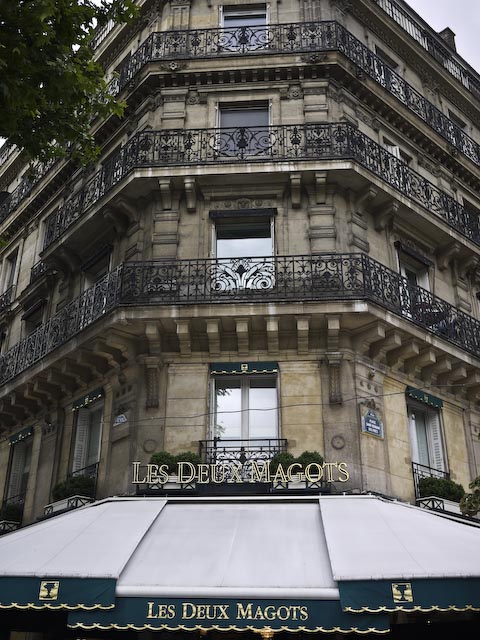 Next stop was this lovely little square complete with a small rotund Frenchman enjoying the ambiance. 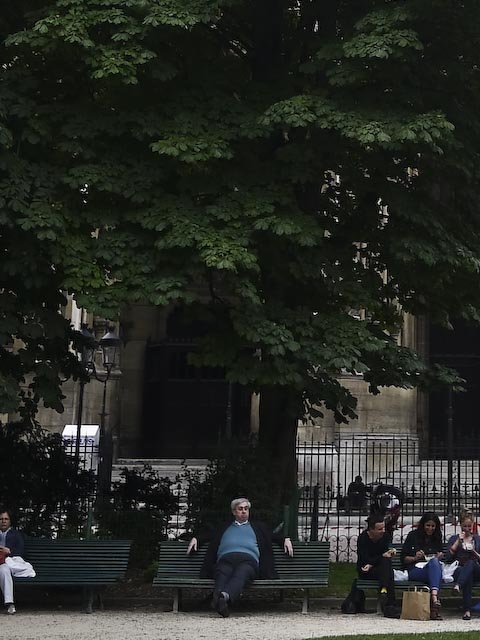 The square was at the entrance to Basilique Sainte Clotilde.

I loved the back streets, we were walking parallel to the River Seine but back a few streets from the main thoroughfares, there were very few people around. I particularly liked the huge wooden doorways, entries into courtyards for the apartments behind, every now and then we got a glimpse through open doors into these courtyards and some were beautiful, with small statues and flower gardens. 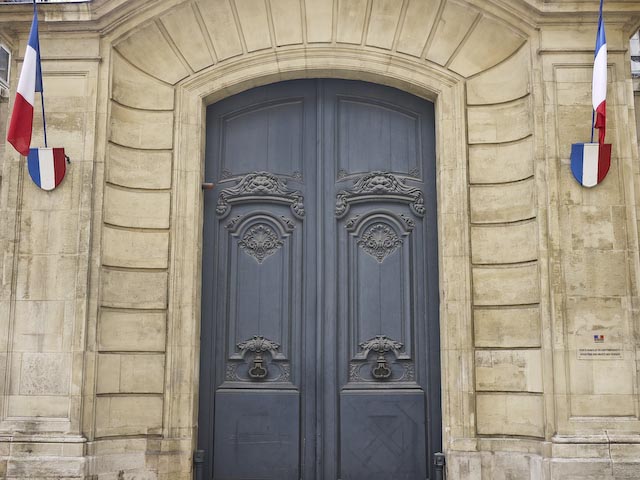 The next stop was the Hotel D’ Invalides and Napoleans Tomb.

The queues for tickets were quite long (or so we thought) so we decided not to stop and investigate further and carried on for coffee and lunch on the way to the tower.

Wow – the Eiffel Tower ! I have been looking forward to visiting this for many many years. I am going to have to say that yes it was very cool, it is a beautiful tower and the design and build is magnifique. However, it looks so small ! I guess after all these many other towers have been built that are so much bigger, I was not disappointed, just taken aback about how wee it is ! 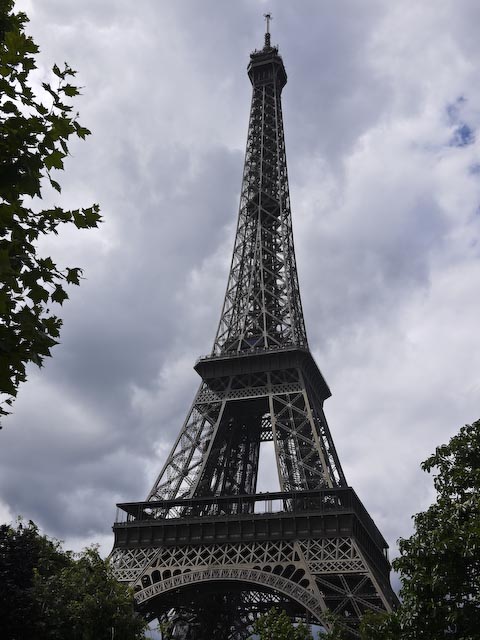 Man, I thought the queue at the Hotel d’ Invalides was bad, the queues at the tower were insane, I am guessing one of the queues was over 500 metres long. 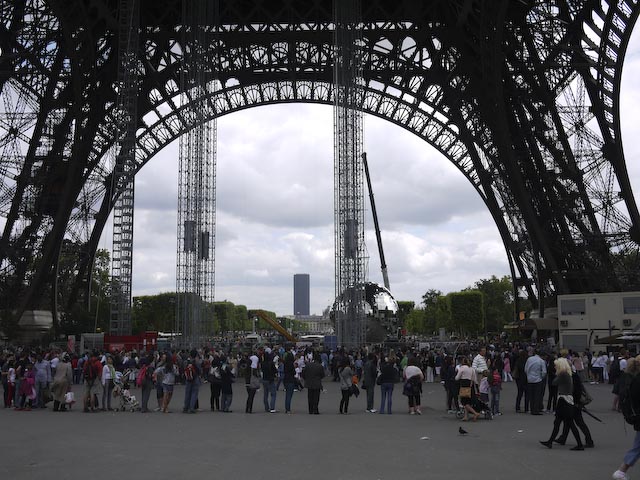 There was also only one lift working to it was just a waste of precious time to wait. Paris appears to be a lot like the Angkors in Cambodia, at the main attractions there are swarms of tourists but ten metres off the beaten track it is deserted. I think I will keep to ten metres out !

The day was getting away from us so we decided to flag the Arc d’ Triumphe today and head off to the Musee d’ Orsay. It was 3.30pm when we arrived and the queue was thirty minutes long, we decided to visit even though it closed at 5:30, we can always come back ! We went straight up to the Impressionist section, which was very crowded (as were all the main rooms) but did see all my favourite artists, Monet, Manet, Pissaro etc etc.

The view from the top – no photography allowed inside the museum, though this place seemed to be an exception. 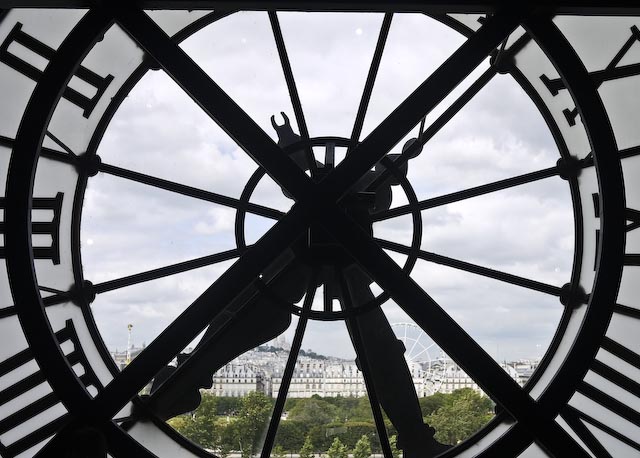 We then checked out the post-impressionist section with my favourite Seurat on display as well as some Signac, but I am not such a fan. And then the Van-Gogh and Gauguin exhibition, I am not a huge fan of either, but wow ! I recognised most of the work, most of their most famous paintings were here, and very unprotected. The famous Van Gogh self portrait was just hanging on the wall and would have been so easy to touch. It was a pity it was so crowded.

That was pretty much it for time in the museum so we headed back towards the hotel slowly wandering the streets past heaps of small galleries and a small amount of street art, plus this awesomely named kids clothing store.

We met up with Mal, Sally, Ben and Leane at the Pont Neuf and wandered around for a bit until we found somewhere for dinner. There are masses of cafes, bistros and restaurants around the left bank, a number with street front dining, which would have been great except that people can (and do so fanatically) smoke there. We had a great meal together and followed this up with an Armagnac and espresso at a small bar up the road. It was good to see them again and Mal looks in great shape after a few days rest, they are off back to NZ on Thursday.