Wow my four months of travelling anniversary today, pretty sure when I started I never expected to spend this much time in SE Asia, I may have planned to spend it , but those first couple of weeks of solo travel were tough. Looking back at some of my posts I was not exactly happy with my world – surviving it all was the key then. If everything goes according to plan then I have one month in SE Asia to go before heading to the UK and Europe and a new unknown – well almost, I have been there before, but it was a long time ago.

I did nothing active all morning, but had a productive time. I spent a good few hours catching up on a massive backload of emails, I am so sorry to all those who were waiting for replies, no excuses at all. I also got a good chunk of planning done including trying to organise some diving over my last week away. After some chasing have finally had a response from the company I used to send a box of stuff to the Uk, including my big DSLR camera – I am looking forward to being reunited with it !

I want to do the Sipidan dive in Malaysian Borneo, the site is one of the top dive sites in the world and is restricted by the Malaysian government to a limited number of divers per day. I dived nearby back in Jan but couldn’t get a dive there then a there was a four week waiting list. I emailed Scuba Junkies who I dived with in January and the closest they could do to June 1 was June 14 ! No good for me… But tonight I may have found another place, so hope to finalise soon.

As I left for the airport I felt good about my morning for a change ! I also had some awesome news from my sister and bro-in-law, that I will share later. But I am very pleased, though happy is not a word I will use in this situation.

I am reasonably convinced my taxi to the airport was being driven by a guy who may have driven a car before, but if he had it was probably only a couple of times, interesting is the word I would use. It was the first time I had gripped the sides of the seat in a cab, thankfully he was slooooooow. At the airport I had a traditional Vietnamese meal – I think this is the only BK I have seen in Vietnam…

The flight was a wee bit bumpy, especially the descent into Hanoi, probably the lumpiest flight i have had so far on my travels. 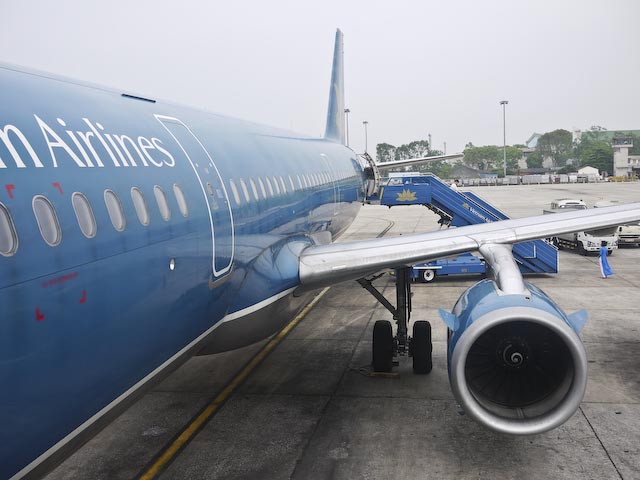 I had organised an airport pick up to my hotel, seems to be a lot of airport taxi scams in Hanoi at the moment. I was surprise at how far away the airport is from town, so glad I did. I snapped a few things on the way. I recognise the ironing board, but I cannot figure out what else was there. 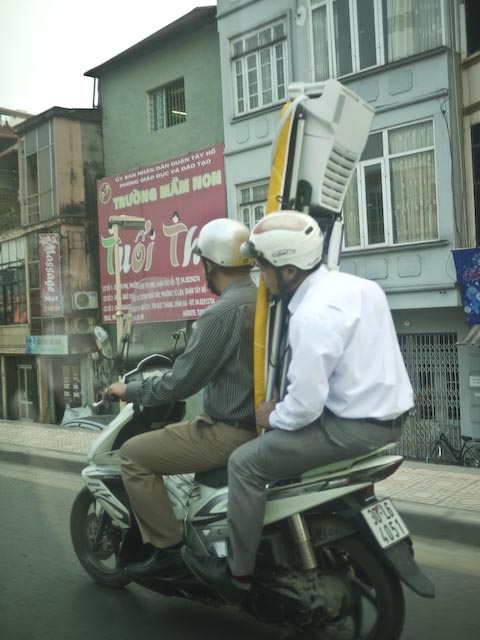 Once I was settled into the Atlantic hotel (Atlantic ???) I went walkies around town for a while, it was dark soon after I left so it was a short walk, though I grabbed a fried rice meal while out. Hanoi, or at least this part is way crazier than Saigon !

I think I have stepped into an episode of Dr Who ! 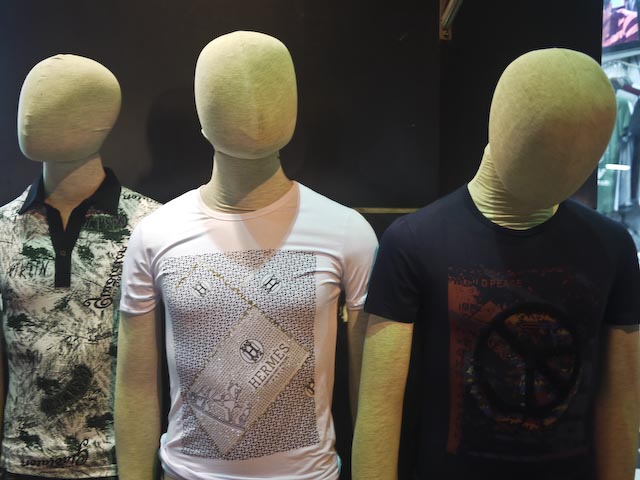 I picked up a bottle of Jamesons Irish Whisky tonight and had a celebratory drink in my room. I then discovered the shower doesn’t work, grrrrrrr.