Once the racket from the restaurant stopped and the Russians stopped screaming at each in the street I actually got some good sleep- untill the power went off at 6 AM and the room started to heat up. I got out of bed and got myself organised for my island hopping and snorkelling tour which left the guesthouse at 9.00. I got to the cafe at 8 and ordered breakfast, waited, waited, got my coffee, waited waited, got my shake, went and did a couple of chores, at 8.55 my omelette arrived, at 8.56 the tour people arrived… gulped breakfast, which was quite nice and ran out the door.

The main tourism activity in El Nido is island tours, there are four tours to do, imaginatively named A, B, C and D, with multiple operators doing each tour, the Palawan government has fixed the cost of the tours so no real need to shop around.  I chose tour B as it was supposed to have some good snorkelling, though I suspect  they all do…

We left on the Bangka at 9.00, myself a young couple from Melbourne, an older Italian guy with his Philippine GF and four Norwegians. I pretty much hung with the Norwegians all day, but chatted to the Aussies over lunch – they had similar music taste to me! Alex the Norwegian was as keen on doing as much snorkelling as possible, which suited me as that was why I was there.

The first stop was on an island that I cannot remember its name, the snorkelling was great ! I took the small camera so I could use it underwater, it is rated to 3 metres and managed to survive the day OK. I was actually reasonably happy with some of the shots, though it is quite hard to take photos while underwater and holding your breath – and the damn fish don’t stay still ! some of the coral was pretty cool too ! 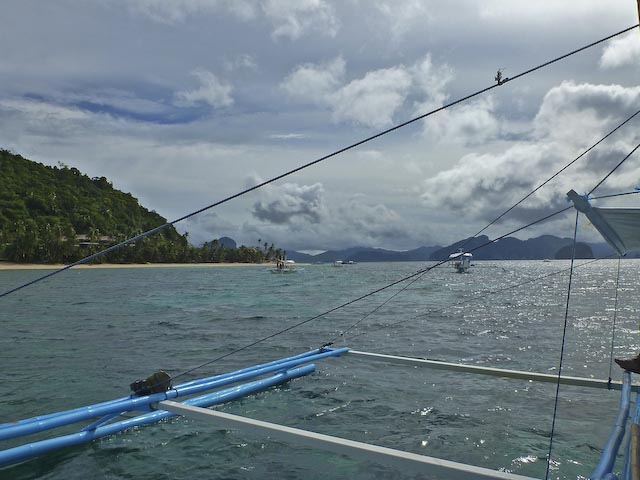 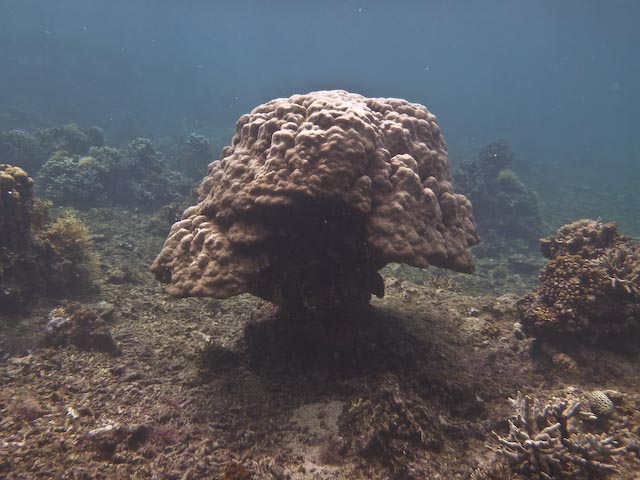 From there we went to Snake Island, and walked up a small hill to look down on the sand bar – supposed to look like a snake, the water was so clear here, but unable to swim due to jellyfish. 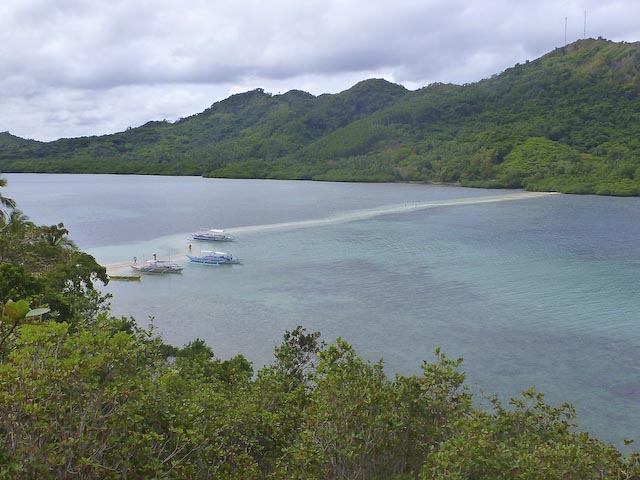 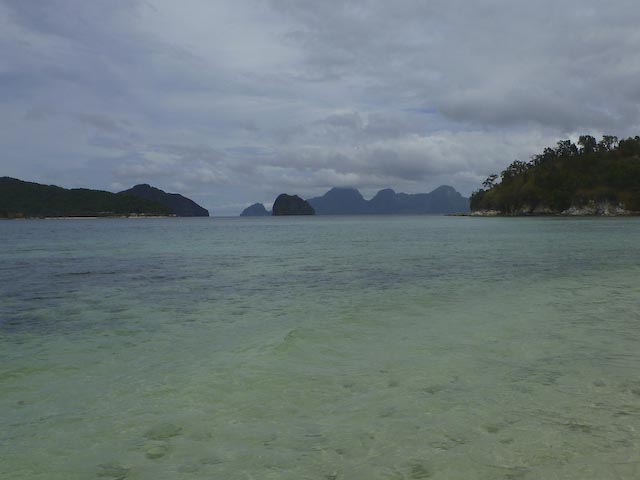 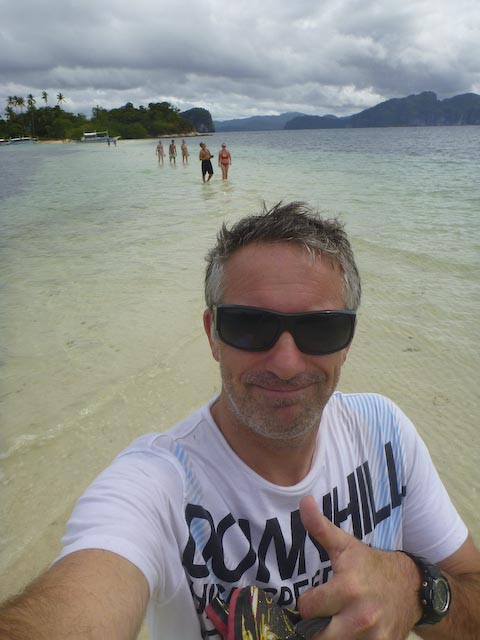 Next stop was Cudugnan Cave, the cave was cool, but nothing compared to some of the caves I have seen ! 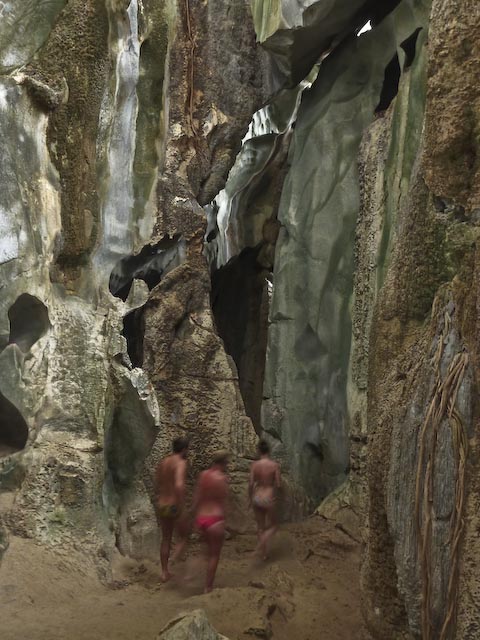 We had a snorkel here as well, I used flippers to get some depth and didn’t take the camera, a very good reef here, so enjoyable snorkel. 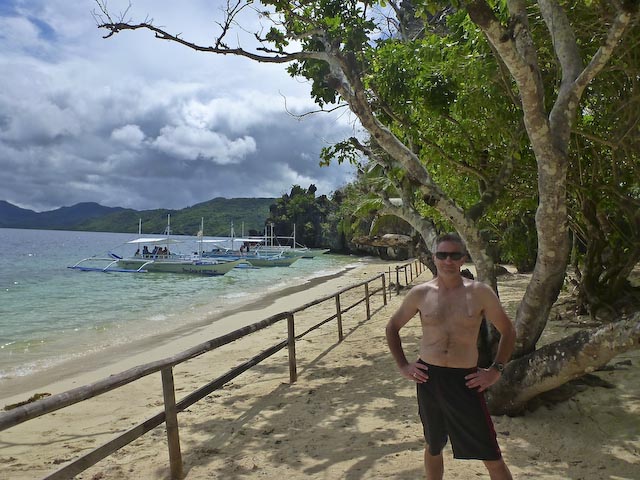 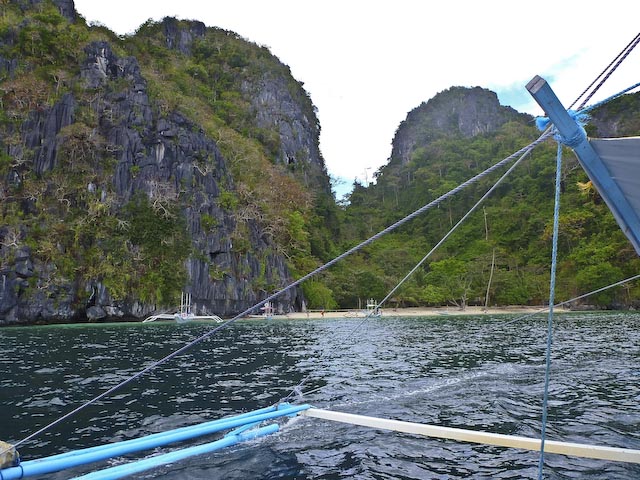 I meant to pack a t-shirt to swim in this morning, but totally forgot, so got quite burnt on this snorkel, Alex and I were out for quite a while.  A great lunch was served here and then on to Cathedral Cave. We were not allowed into the cave here unfortunately, but would have been an awesome place to snorkel. I really like the way the sea has eaten away at the limestone here, a lot of the small islets are like this, it is most extraordinary. 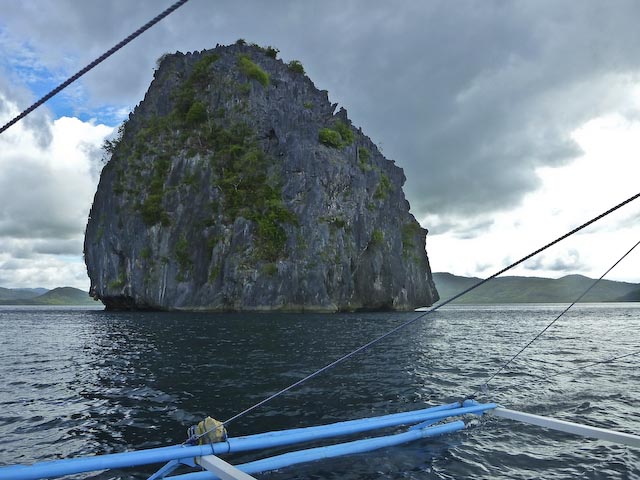 Finally we stopped at Pinabuyutan Island for more snorkelling for those of us who wanted to snorkel I cannot believe people didnt! I got a few reasonable shots here, and got Alex to grab a couple of me as well. 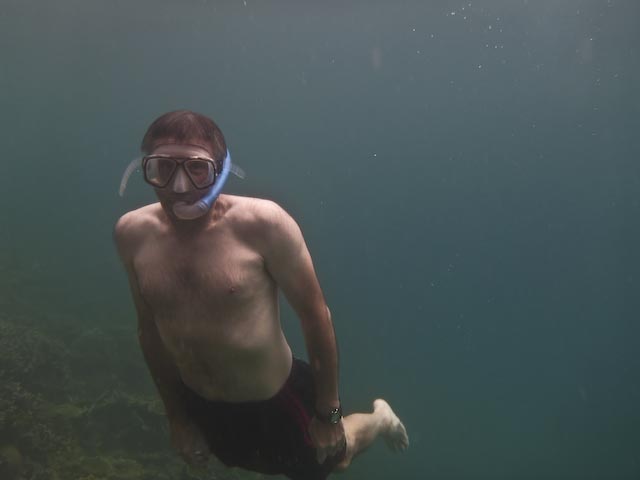 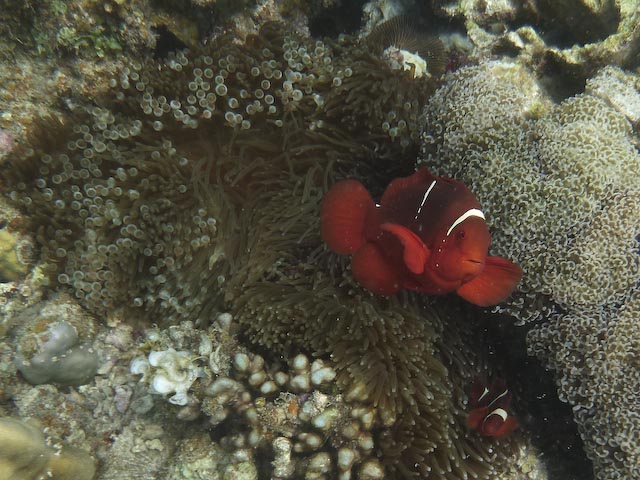 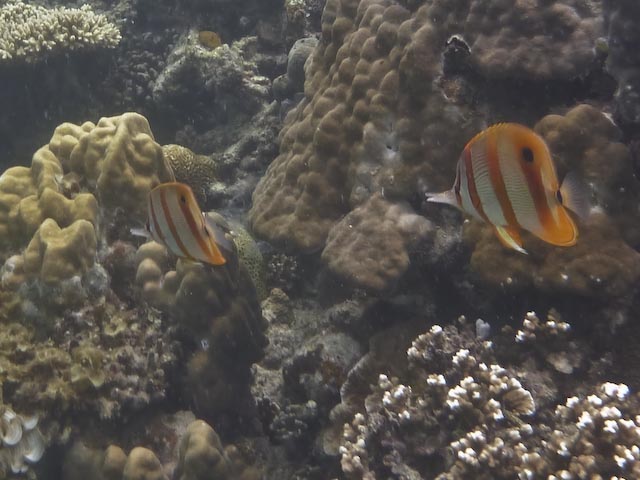 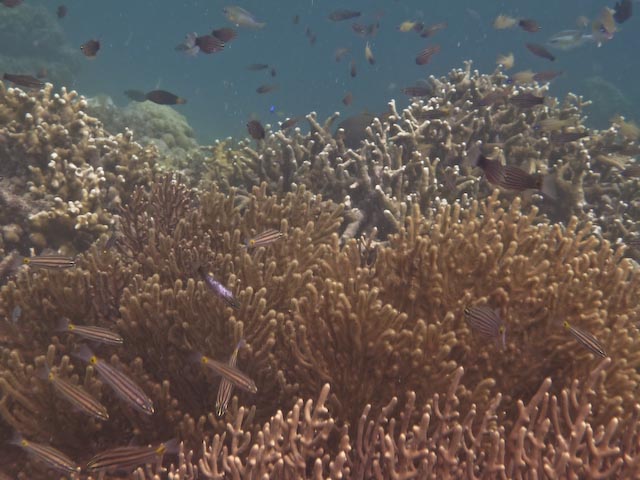 The Bangka got us back to the hostel for six PM, so a good long day and well worth the $40 or so it cost. The snorkelling was really good and a very promising sign for the diving tomorrow!

I had dinner with three of the people I met in Puerto Princessa, and then French Vanessa and I  went for a few drinks at the local music bar Balay tubay, where I drank too much considering I was diving in the morning ! But Vodka tonics did make the covers band sound so much better –  even that bloody awful Hotel California was survivable – and it is my most hated song.