It was a warm night in the eight bed dorm with only one fan, however I seemed to get enough sleep, which was good. Up at 7.30 and had a great breakie of eggs, bacon and rice. I had today planned as a down day.  Though I didn’t do much in the last two days I really needed to get a load of washing done, catch up on a few days of email and most importantly spend a few hours in front of a power point recharging all my devices, mp3, book reader, phone and the spare camera batteries. Though there is always tons of power points around I only have one converter and a double adapter so it can be a time consuming activity.

After breakie I went for a walk around town, Lonely Planet lists two sites to see, so not exactly a tourist location, and I only got to one of them, the cathedral. 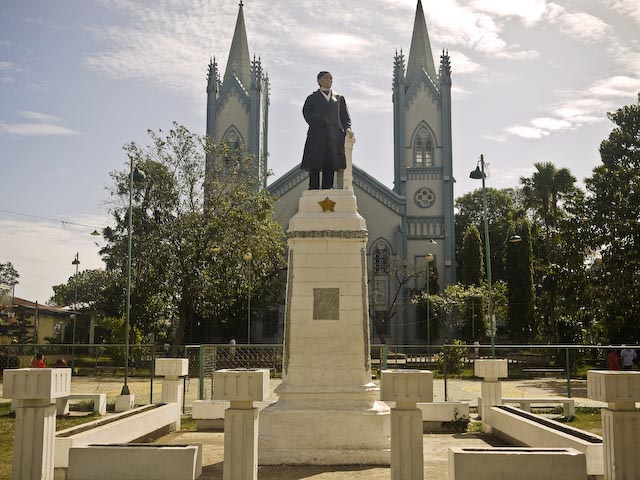 But found this memorial garden commemorating the massacre of American troops in Palawan at the end of the second world war.

Palawan is totally different to Malaysia and Borneo, houses look different, even the shacks are not the same. One thing I did notice that is different was the variety of rice on sale.

One of the major differences is that in theory they do drive on the other side of the road here (Malaysia and Singapore are the same as NZ), so I had an early, close experience with a motorbike. Though similar to small town Malaysia they mostly drive up the middle of the road, or where they feel like it !

There are tricycles every where, these are amazing little things, basically a small cc motorcycle with a covered side car. They all seem to be Hondas too.

They are used by locals and tourists alike to get around town.  I spent some time hunting down of the other key features of town and after a while I found an ATM and got more cash, there are two ATM’s in Puerto Princesca, and none anywhere else on the island, with my next destination, El Nido, six or seven hours away by mini-van, I had to stock up on cash before I got too far away ! Found a great jeepney too.

And someone who was a bit unsure about their product. 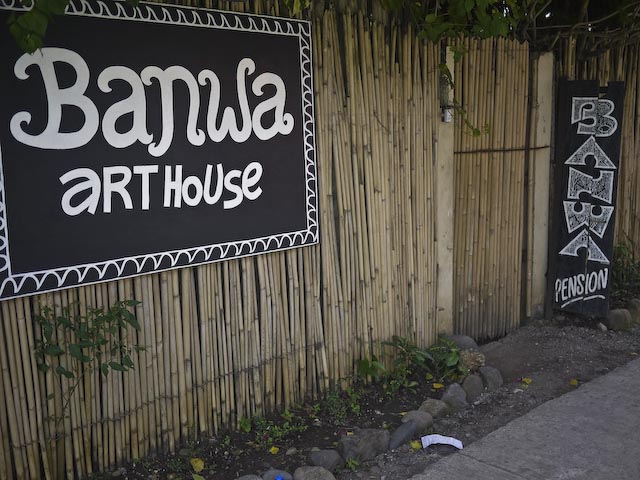 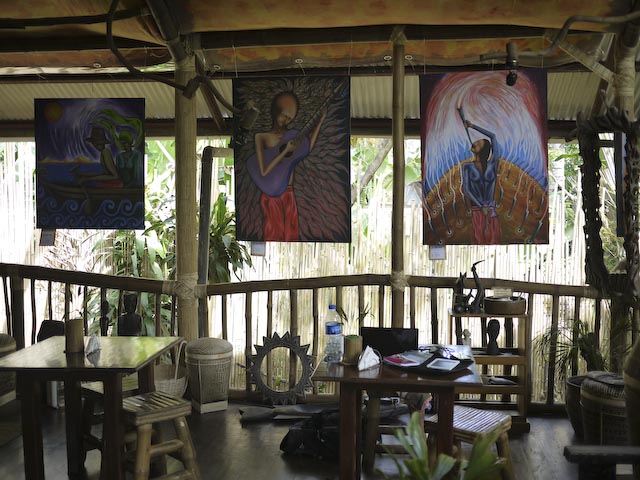 Beer is about a $1 a bottle in the hostel – bound to be heaps cheaper elsewhere, but still !!! So I sat around for most of the late afternoon, rocking on a hammock, drinking San Miguel and chatting to a guy from Sweden and an English girl. Later that evening we went to an awesome vegetarian restaurant for dinner. I will say that the food I have had so far in the Phillies has been awesome, which is not what I was led to expect.

2 thoughts on “Chilling in Puerto Princesa”