The day started much the same as the last two did, got up when I felt like it, just before nine and went to the restaurant and ate like a pig for forty minutes! More fruit today though. Spent a couple of hours in the lobby using the wifi and booked myself flights to Puerto Princesca on the Philippine island of Palawan for the tenth of February. I am flying from Singapore and going via Manila.  I screwed up slightly and forgot I needed to allow time to get from Melaka to Singapore, so I have cancelled a nights accommodation in Melaka and will leave there a day early now.

The ferry to Penang was not until two thirty so I dragged out my departure from the resort until five minutes before checkout then got  a cab to the ferry terminal in Kuah arriving there at one.

Damnit ! The two thirty ferry was full, so I had to get a ticket for the five fifteen, this meant a few extra hours at the Jetty with not a heck of a lot to do and too far in the sun and heat to walk a long way to town. I walked around the jetty area for a bit and then slobbed in Starbucks and used free wi-fi for a couple of hours. Langkawi means reddish brown eagle. 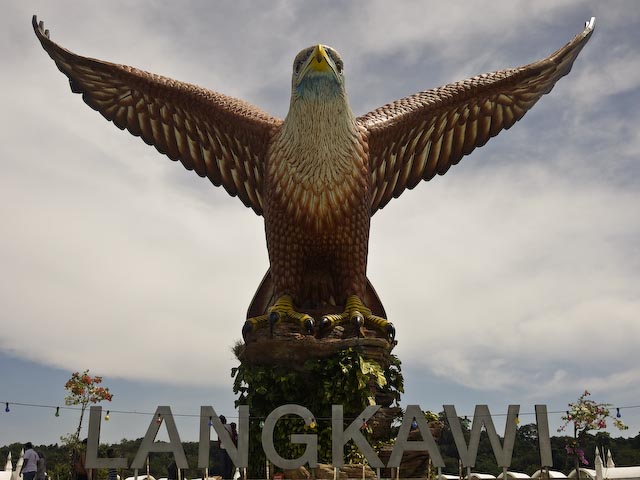 Yes I was bored, so here is a bridge. 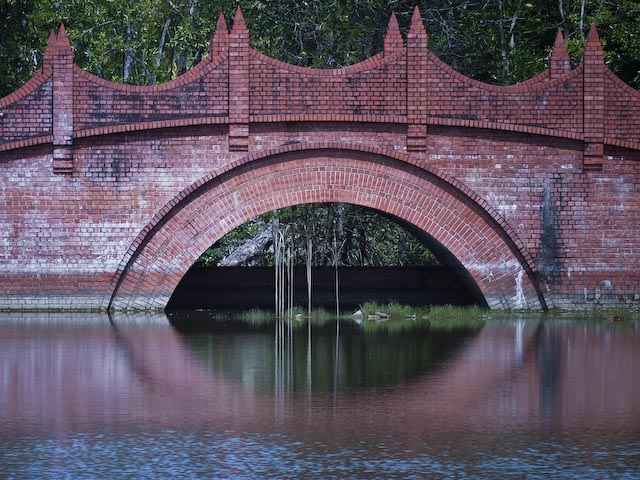 The ferry was very full, every seat taken, so luckily the three hour ride to Georgetown on the island of Pelang was smooth ! We even got to go out on deck for a week bit. Inside the ferry it was absolutely freezing cold, I had my jacket on but my feet and legs were like ice by the time we arrived just after eight pm. I was originally planning on getting to Georgetown in daylight so I could more easily find my hotel without resorting to a taxi, but decided to give the walk a go anyway.

Penang’s location has made it one of the oldest trading ports in the area and has been heavily populated Chinese and Indian immigrants. Georgetown is the oldest of the English settlements in SE Asia. A part of Georgetown is now a world heritage park area and has apparently been well preserved, I walked through a section of it on the way to the Georgetown Hotel, my lodgings for two nights.  I am looking forward to exploring the town tomorrow.

The hotel is a wee bit further away than I would have liked and took me a good thirty minutes to find it, though surprisingly it was fairly easy, even in the dark. The room is ok, small, but clean and tidy, paper thin walls though!  I have never seen this before, everything in the room is for sale ! 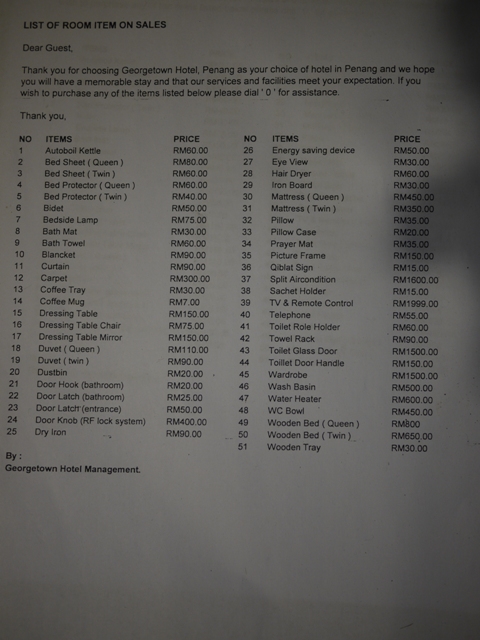 Frustratingly the wi-fi only works in the lobby, which they are decorating at the moment, so perched on the edge of a couch while they wallpaper around me.

I went for a stroll back towards town and had dinner at the Red Garden food court, along with a thousand other people !

In Malaysia, Vegetarian basically means no red meat, so chicken and fish are in vege meals. 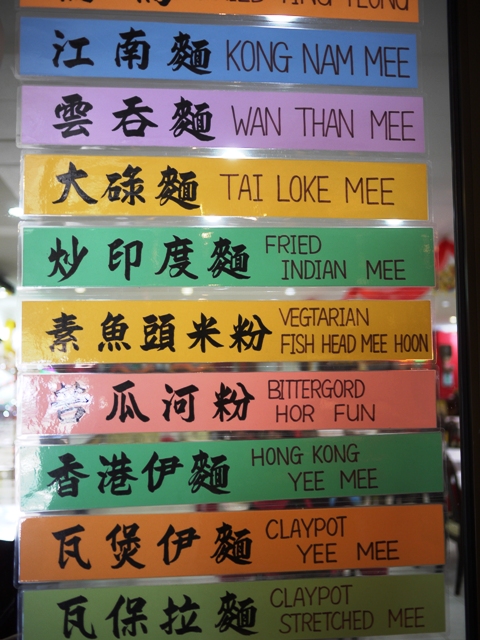 One thought on “Langkawi to Penang”