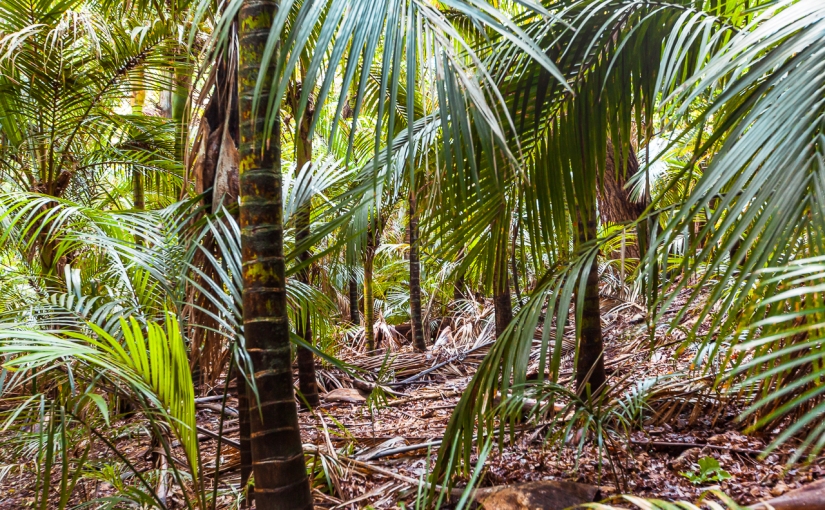 Having finally restarted work on the novel I’ve been meaning to write for at least the past two years I managed to distract myself again with an idea for a short story. I’ve not achieved much with the novel though I at least have the broad concept. I’d completed enough research to finish a historical timeline that gives context and background to the plot, and then stupidly left the notebook I wrote it in back in London. I’ve now redone that work and typed it into a spreadsheet so at least I can’t leave it somewhere again, though typing takes away some of the pleasure and spontaneity of hand writing notes. I have a new notebook, which sadly still remains unsullied by ink or pencil lead. I hope to change that situation soon.

The short story I have embarked upon is partly set in Auckland Domain so it was fortuitous timing to get a call from mum asking if I would like to meet her there for coffee. I immediately said yes, packed the camera in a bag and power-walked my way up to the domain, surprisingly the walk took less than 30 minutes. Auckland is smaller than it appears from car windows.

We picked up coffee and a wee treat each from a café and had a pleasant half an hour chatting by the duck ponds. There were very few people about. After going our separate ways I wandered around taking some photos to use as visual prompts for the short story, though I have chosen to not upload them. This statue from 1955 does not appear to have an official name, though it seems to to be known as ‘The Three Muses’. 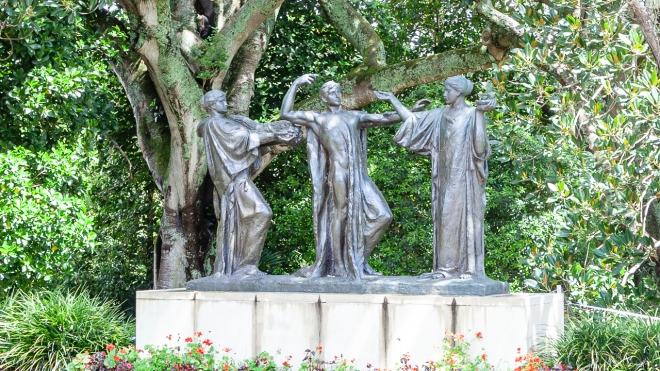 Naturally all the other photos were of trees, there are some magnificent trees in the domain and I have a tree obsession at the moment. My next planned photowalk should have no trees at all, maybe. 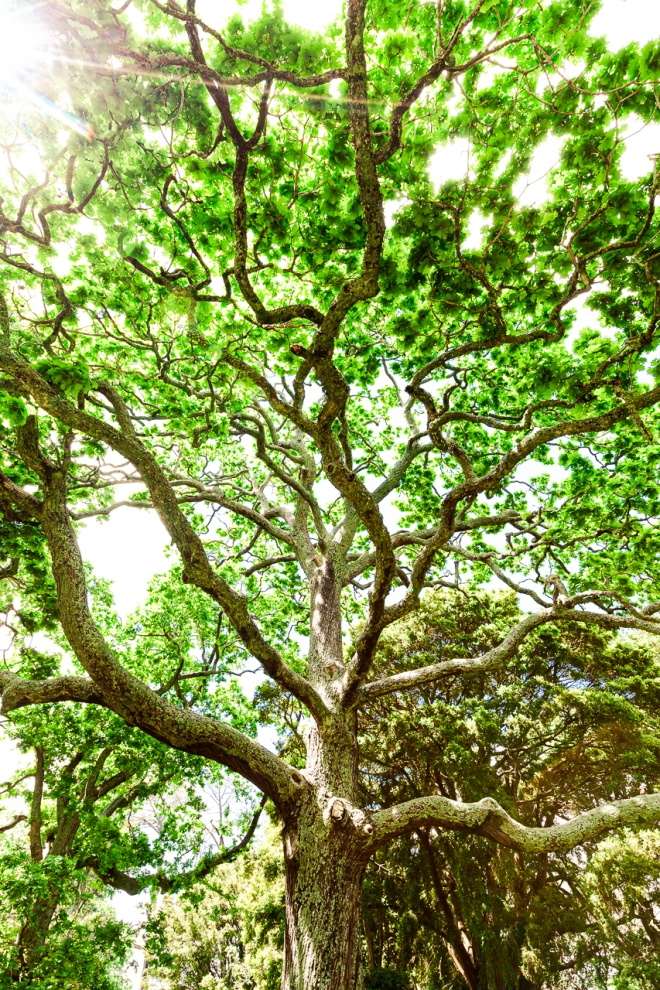 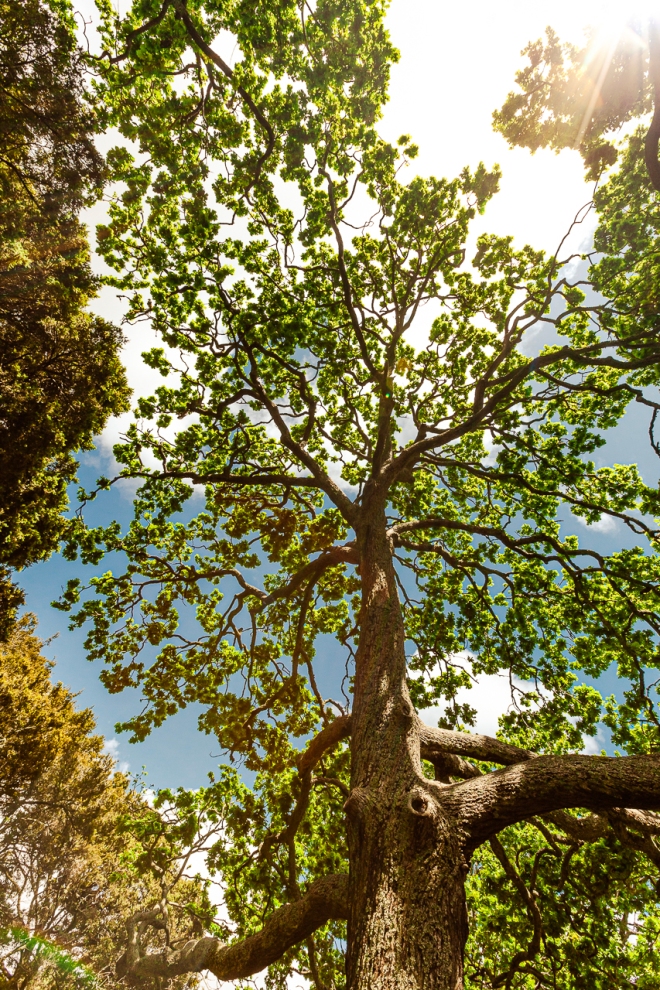 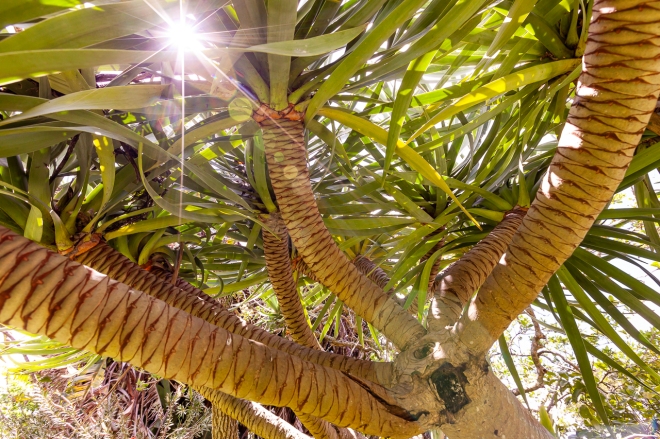 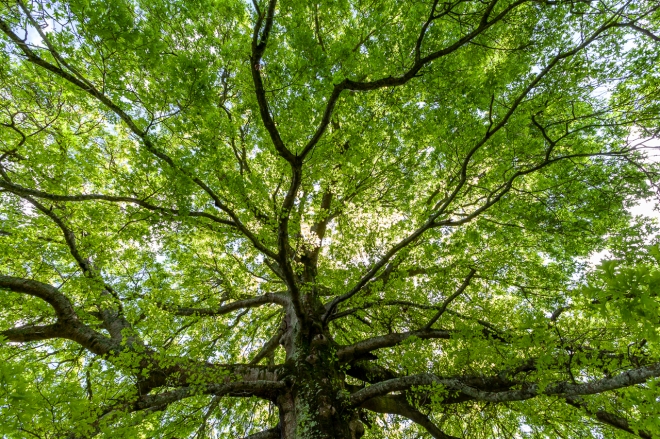 Eleanor and I have walked though the domain a couple of times recently though stuck to the roads on both occasions, as I was walking down the grass bank taking photos of the big open trees I discovered some bush tracks I didn’t know existed. There seem to be three of four interlinked trails here and I chose to walk down the Nikau Grove, and wow, that was a great choice! The nikau is New Zealand’s only native palm they can grow quite tall and have an old-style house-brush shape when allowed to grow free. I really like them for their usually quite reliable geometry, though in a dense grove of both mature and immature trees they are a chaotic mess of crisscrossed lines, bright reflection and deep shadow, and great to look at and photograph. 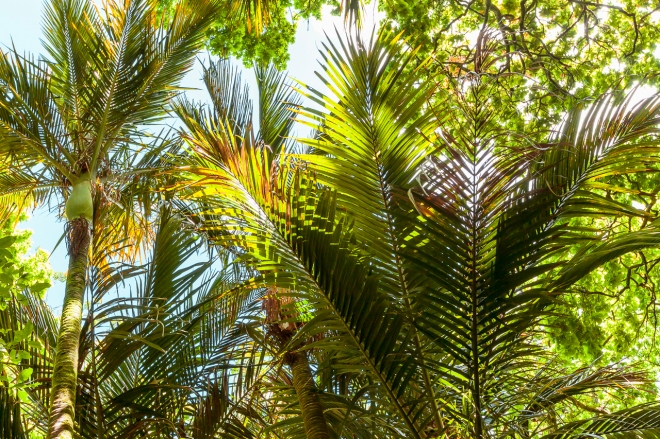 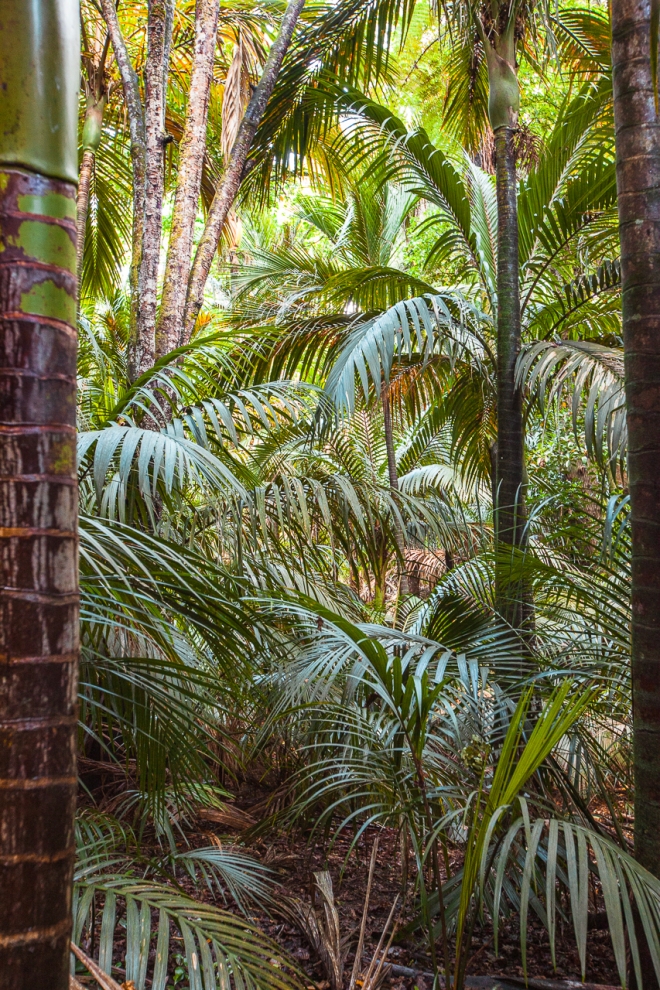 It was absolutely my sort of place to take photos and I’m definitely coming back here once I get my hands on the tripod legs that are stored at mum’s house, I shipped the head over from London and have been waiting to reunite the two pieces. It was just a little too dim for hand-held photos and there was just a little bit too much glare off the shiny reflective fronds in those rare places where the midday sun penetrated the cover. 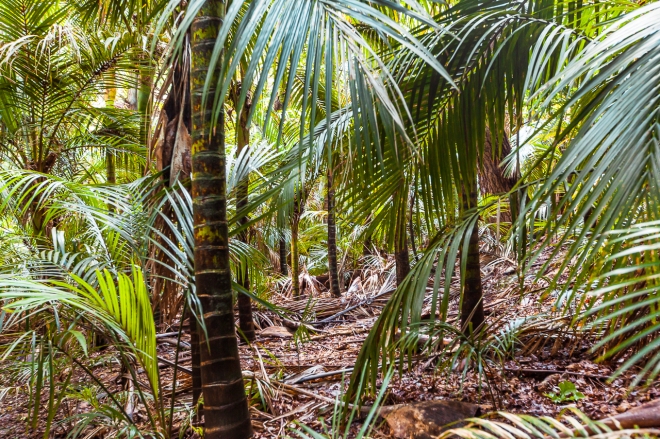 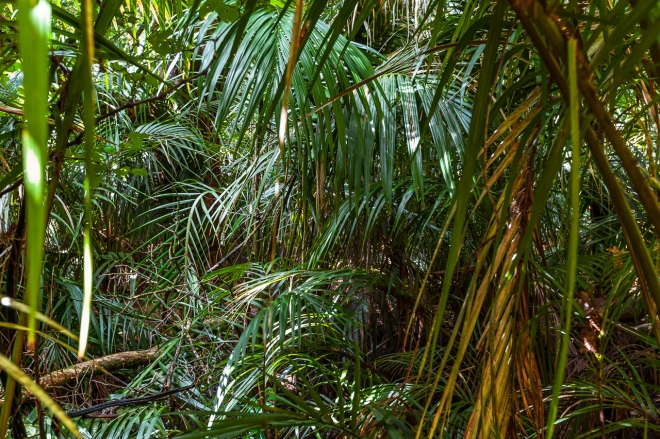 It had rained heavily overnight and the small stream that runs through the trees had overflowed and was utilising the well worn path as the water made its way down hill. I managed to avoid getting wet feet by hopping from one side to the other. It almost felt like a jungle adventure, and with a bit of imagination it was a much needed, though very tame, thrill. 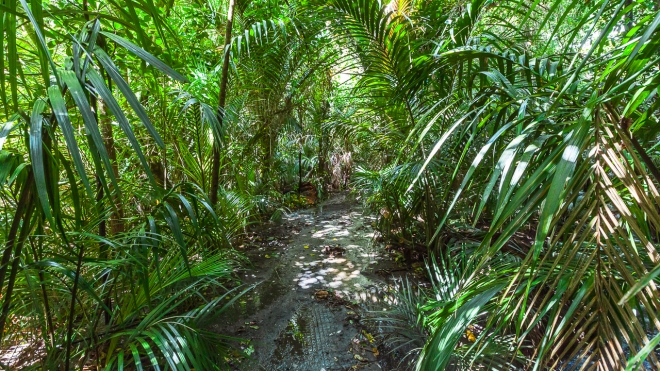 All in all it was a very enjoyable and unexpected day out.

Now Phil, less procrastinating and get back to story writing!

P.S. I now have the tripod legs.