I immediately fell asleep when I got to bed and sadly discovered when I woke at 4:00 that it was actually only midnight, again. i didn’t sleep much after that either. But being awake meant I did get to drink a couple of bottles of water and flush out the dirt cheap vodka I was drinking on the booze cruise last night. I felt fine and dandy when I did get up at 7:30.

Like a lot of the camps this one is surrounded by a double fence, outside is electric and inside has barbed wire on the top. There are a lot of elephants in the area and they will come through campsites if the sites are not protected. It has been suggested that we do not go outside the camp and walk into town due to the elephant risk. Later in the trip the fences and gates are more designed to keep the locals out, which is a bit of a shame really.

Eight of us have decided to take a day trip into Zimbabwe, I am partly doing it so I can get another stamp in my passport. However, the main objective is to see Victoria Falls from the Zim side as it actually has water over in it, at this time of year, in the peak of the dry season the Zambian side is almost bone dry. 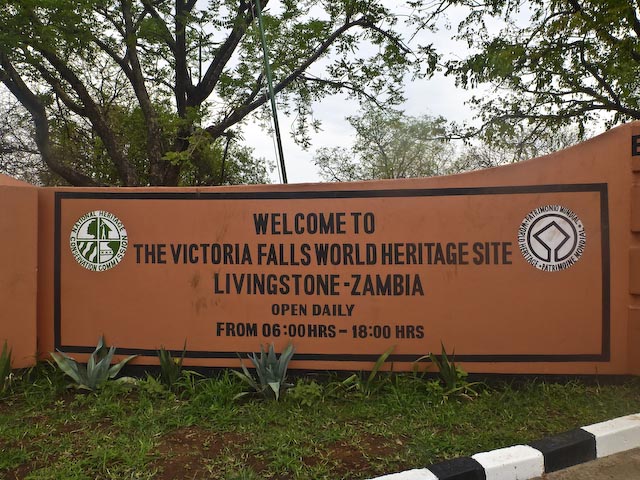 The truck took us to the border and we walked across, the Zambian side was fairly straight forward but the train had just arrived before us and it took almost an hour to get through into Zimbabwe, we were very pleased there was air conditioning in the office, it would have been awful otherwise as it is very hot.

To cross between the two countries we had to walk a few hundred metres, there was a great bridge crossing – though not a lot of water flowing at the moment. The walk from the border to the park entrance was quite long through a long section of dusty and dry road works.

A statue of Livingstone

We spent about two hours wandering the path along the side of the falls, they are spectacular even in the dry season and definitely deserve their place as one of the seven wonders of the world. I took a lot of photos, but I do suck at waterfalls for some reason, and definitely not through a lack of practise either. I am sure some of the others have some better photos than me. The falls are known as the “mist that thunders” and from a distance you can really understand why. In some places the mist fell like rain on our heads and I am glad I took plastic bags for my camera. 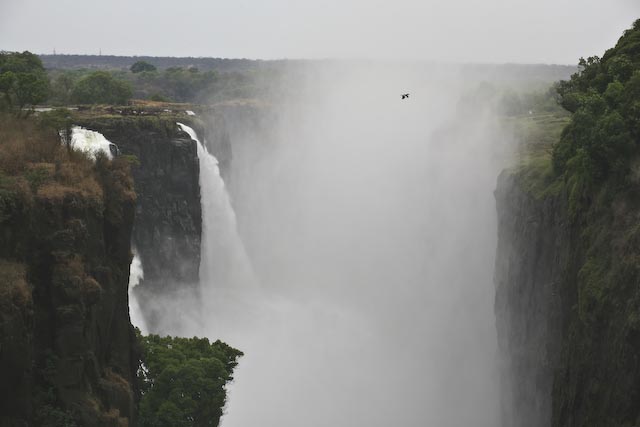 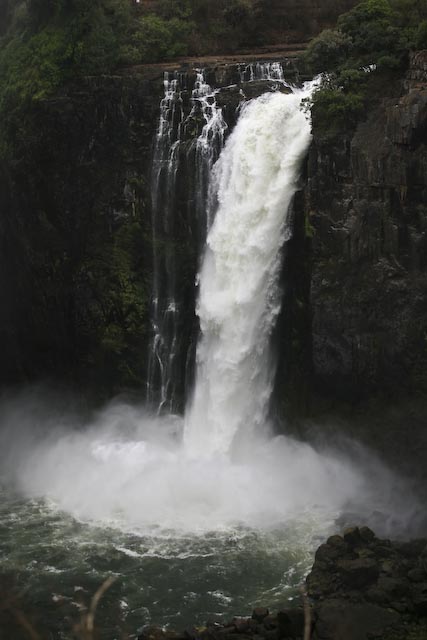 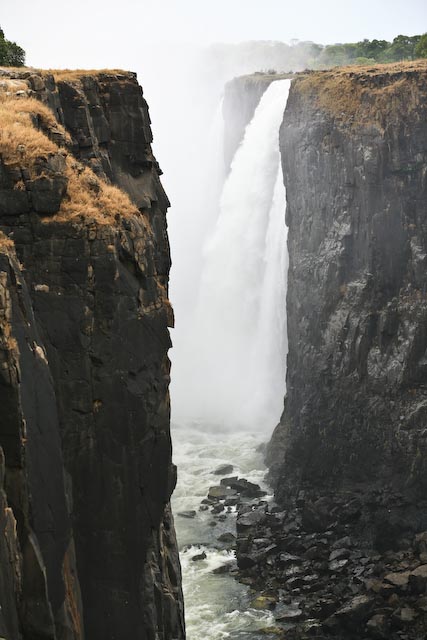 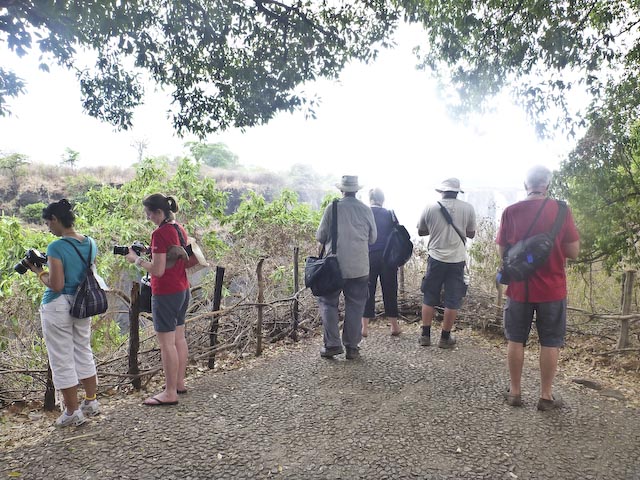 On the way back to the park exit we did spot some of the local wildlife. 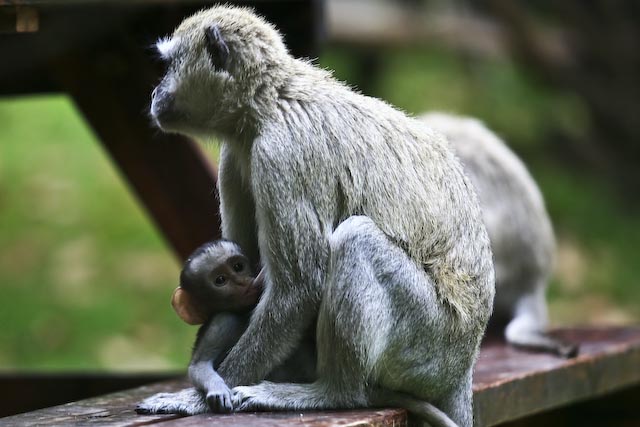 We were going to walk into the local village for lunch and curio shopping. However, it was quite hot and we had been out longer than anticipated so decided to lunch at the cafe in the park. Not a decision I regret – the food was fabulous, but even better was the espresso thick shake! So nice I had two.

After lunch we walked back across the border and once back in Zambia took a taxi back to the camp site.

Leonie and I moved into our new digs, a fairly basic bungalow, at least I could have a hot shower and step out and not have instantly dirty feet, luxury!

There is a gate between the campsite and the five star David Livingstone Hotel next door. The gate is not locked and has been used as a rest area before. We spent a bit of time there over the next few days. The pool was great, the bar service friendly and prompt, the food wonderful and somehow we seemed to have the admin login to the fantastic wifi : The wifi in the campsite was not free and not very reliable so this was hugely popular with some of our group.

We had dinner at the truck, a couple of beers and another early night.